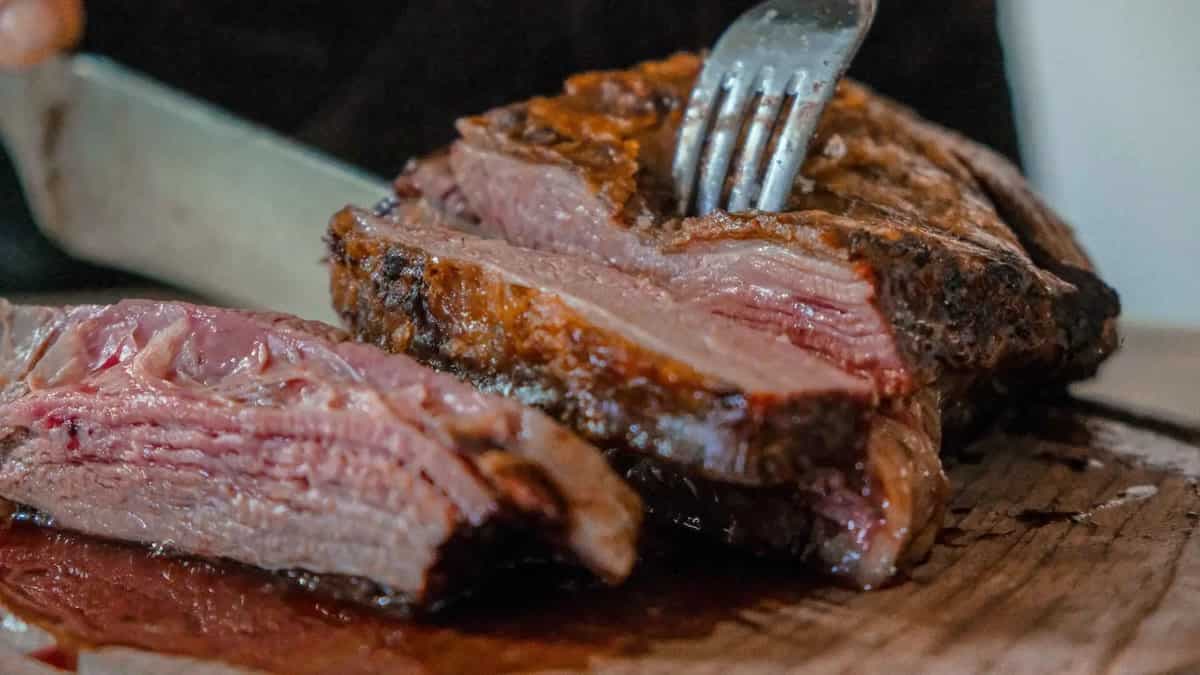 With the FIFA World Cup 2022 (and all of its attendant controversies) underway in Qatar, we’re focusing on a subject that enjoys even more of a dedicated fandom than football: food. It is time to see what is happening in groups C and D.

In Argentina, “Asado” is shorthand for a hearty barbecue gathering, where a variety of meats is grilled over an open flame. The tradition evolved from the days of the gauchos, or cowboys, who ranged in the country’s vast plains. Making use of the livestock, the gauchos would set up an iron grill, known as a parilla, by a wood fire. Typically, the wood from trees that did not have particularly strong-scented resins, or smoked too much, were preferred for the fire. The meat includes beef, pork, chorizo, blood sausages (morcilla), and even organ cuts like sweetbreads. The more tender cuts that require lesser time to grill are served first, with provoleta cheese. Wine or mate accompany the feast, as do a number of lighter side dishes.

Like the Qatari Majboos, Kabsa too is a rice and meat dish, reminiscent of the biryani. Meat — chicken, fish, lamb, beef or camel — is seasoned, then cooked in an underground oven or barbecued over hot stones placed on embers, or (as is more customary for the contemporary cook) in a pressure cooker. The rice is enhanced by the addition of spices (black pepper, cardamom, bay leaf et al) and dry fruits. The Kabsa is served with daqqus — a rich and spiced tomato sauce.

Tacos, tortillas, enchiladas: considering the popularity of these Mexican foods, and TexMex variations like the burrito, it might seem odd for the country’s national dish to be something else entirely. And yet, the Mole represents Mexico in myriad ways, particularly in its confluence of Spanish and indigenous influences. A sauce that comprises anywhere between 25-40 ingredients and which requires up to four hours to prepare, the Mole is special occasion fare. Which explains its status as a Cinco de Mayo staple.

Depending on the ingredients used, the flavour profile of the Mole varies from sweet-and-hot to simply spicy. Mole Poblano (from the Puebla region) includes chocolate, banana, tortillas, bread, nuts and many different spices. Mole Verde incorporates all kinds of green veggies, including zucchini and peas. Mole Negro, which originated in the region of Oaxaca, comprises four types of chilis, burnt tortillas, plantains and pumpkin seeds. You also have the Mole Almendrado, in which the star ingredient is almonds.

A meaty stew that uses everything from rabbit and turkey to venison, the Bigos has just one mandatory ingredient: Polish sausage. Why the dish is called Bigos — meaning ‘hunter’s stew’ — becomes evident when you see the game meat that goes into it. The meat is typically cut into small chunks, and roasted before being added to the stew pot. Flavour and body is added to the Bigos with sauerkraut, fresh white cabbage (shredded), spices, a selection of vegetables, mushrooms — and on occasion, wine.

Most cooks claim that the Bigos only improves in flavour over time, so it is advised that a pot of it be prepared a couple of days in advance from when you intend to serve it. Reheating the stew for an hour each day in the run up to eating it is another bit of advice from the best Bigos makers. Beer and bread are the Bigos’ best partners-in-crime.

Pronounced ‘poto-feh’, Pot-au-Feu literally translates to “pot on fire”. This is because the meat for this stew dish is cooked for several hours on a slow flame. Often, the Pot-au-Feu may bubble all day as the ingredients steep in a broth of their own flavours. One may wonder why a country that has the most delicate and delectable of culinary inventions to its credit (including the croissant, the crepe and much else), and is further considered synonymous with haute cuisine would elevate a seemingly humble and down-to-earth stew as its national dish.

The answer lies in the fact that Pot-au-Feu is as much a dish of the rich as of the poor in France. The story goes that in the 1600s, French monarch Henry IV proclaimed that he wanted every peasant in the land to be able to afford “chicken in the pot” at least once a week. While chicken was perhaps rarer to come by, the peasants did consume salt pork. Meanwhile, the underclasses in French cities could buy cheap cuts of meat. The Pot-au-Feu was an ideal recipe for both these kinds of protein.

Now, beef is the meat of choice. Root vegetables, charred onions and any cartilaginous meat — bone marrow or oxtail — form the base of the stew. The marrow/oxtail impart their gelatin to the broth, which gives it a jelly-like consistency. Roast lamb from Australia | Unsplash
It’s among the biggest producers of beef globally, but when it comes to their most preferred meat, Australians seem to have picked lamb. The Roast Lamb is a symbol of both: the sheep’s status as Australia’s most well-known livestock, and a throwback to its origins as a British colony. Even as contemporary Australian cuisine is increasingly multicultural, and proud of its indigenous roots, classic recipes like the Roast Lamb signify a nostalgia for boisterous family mealtimes and hearty fare.

Crispy fried pork belly, lightly salted and doused in a parsley sauce, served with boiled potatoes. If that sounds too good to resist, then you’ll understand why Danes set such store by Stegt Flæsk being their national dish. It’s a very traditional Danish recipe, and harks back to a time when most Danes had to make the best possible use of ingredients growing in and around their farms. In the current era, the Stegt Flæsk is not only filling fare — it is also fairly easy on the pocket if you’re eating out, which is another factor in its popularity.

Due to its geography, Tunisian cuisine relies heavily on seafood, meat, olive oil, tomatoes, and spices such as cumin, coriander and paprika. The food here also tends to be spicier than in other North African countries, because of the liberal use of the condiment known as harissa (garlic, chili peppers, spices). The national dish, however, is Couscous — semolina granules. Couscous is served along with meat and vegetables, spiced with harissa. It is cooked in a double boiler pot: In the lower level of the pot, meat (lamb, chicken, fish) and vegetables are cooked along with spices. The steam from the meat and vegetables rises upwards into the perforated, top level of the pot. This top level is layered with herbs and Couscous. When serving, the Couscous is spooned onto a plate, and heaps of vegetables and meat are piled over it.

The Roots Of Haggis: Does The National Dish Of Scotland Belong There?

World Cup 2022: The rules of alcohol in an Islamic country

Visiting Doha for the World Cup? Here’s a food guide