Flavours Of Kashmiri Pandit Cuisine As Plated By Rajni Jinsi

Although Kashmiri Pandit's eat meat, fish and so on but interestingly they abstain from garlic, onions and tomatoes and also from few vegetables. Kashmiri cuisine has always enchanted one and all. Be it the Kashmiri Pandit or the Kashmiri Muslim cuisine, both have their signatures and specialities. And keeping up with the same Shangri-La Eros New Delhi brings the flavours of paradise with the Kashmiri Food Festival where Chef Rajni Jinsi carries her culinary heritage close to her heart and dishes out some of the best traditional Kashmiri Pandit cuisine delicacies during this exclusive pop-up.

This festival gives a perfect glimpse of what’s served on the plate of the Kashmiri Pandit people and what their food habits are. The Pandits from Kashmir are known practice of Shaivism. Although they eat meat, fish and so on but interestingly they abstain from garlic, onions and tomatoes and also from few vegetables. One of the important veggies that they see in the Kashmiri haakh saag, the collard greens. Mostly rice eating people their curries see all taste and texture that go perfectly well with rice. Rajni says “I love to cook elaborate Kashmiri meals and great to see how my food is appreciated and has got recognised. This has helped me realised that how much everyone loves the Pandit cuisine. My pop-ups are a getaway to knowing my culture and people.” 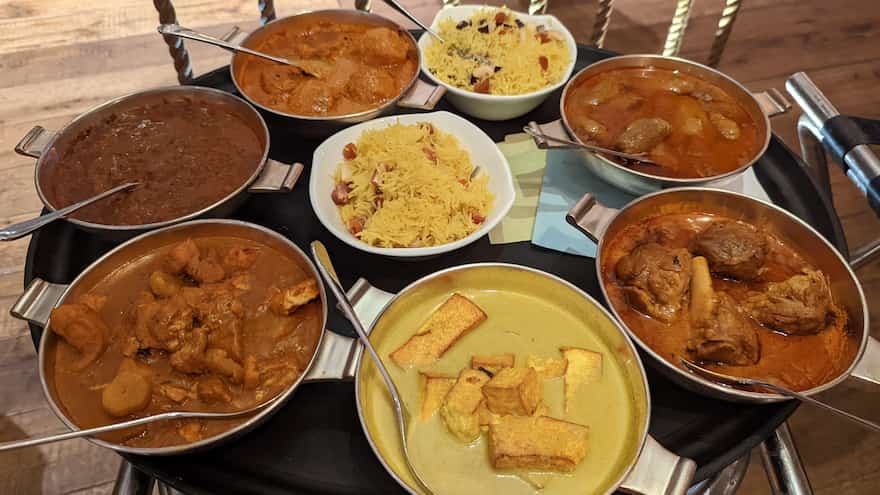 The menu is an extensive mix of veg and non-veg breaking the common assumption which one has about the cuisine. Nadur Yakhni – This famous Kashmiri curry cooked with lotus stem and yogurt with a variety of spices. This one go great with steamed rice or biryani.

Kashmiri Rajma- The rajma from this region is smaller and much high in fibre. The rajma curry  made the Kashmiri way sees homemade tomato puree which is slow cooked with like garam masala powder

The Kashmiro Pandit’s cuisine that has been cooked by Rajni is a rarity to find in restaurants. This is not just the menu. there are absolutely more, but the highlights are surely these. All the delicacies are cooked in traditional spices such as Kashmiri Red Chilli, Hing and saffron.

The festival is open for lunch and dinner and is on till 21st May.

The Story Of Exotic Kashmiri Gushtaba

Decoding Kashmiri Wazwan: The Flavours Of 36 Dishes On A Plate