Kids can now play with their food and eat it too with these yummy, chewy edible slimes Gooey, stretchable, long, thick, and colourful slime is a favourite play thing among children. The toy is made by combining glue, water, and dye, and embellished with styrofoam balls, glitter, plastic beads, and more, to make it more appealing to kids.

Edible slime is a recent invention and is primarily made with a combination of jello powder, sugar, and cornstarch. This will definitely pique the interest of children, as they can simultaneously play with and eat it. And for once, it is not dangerous (of course, one has to ensure children aren’t consuming too much of the sweet treat), so parents can relax while being satisfied at keeping their children engaged. Not just children but also adults can enjoy chewy, gooey edible slime. 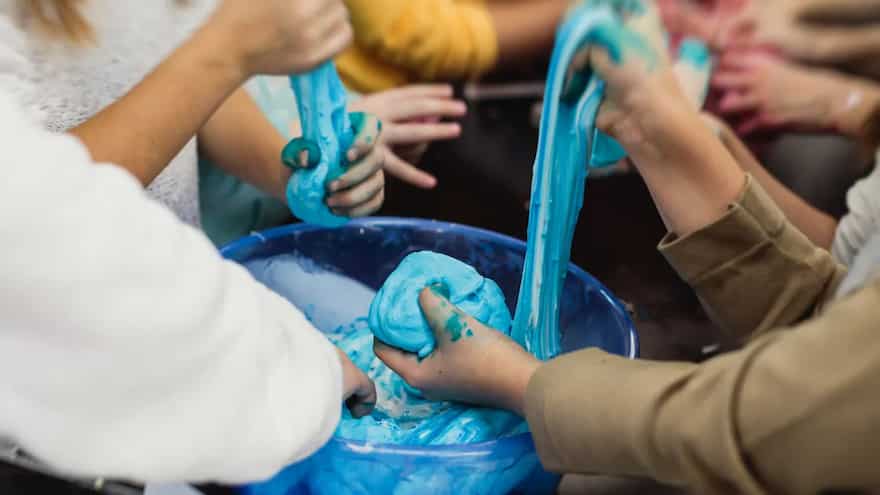 Slime goes way back in time

The popularity of slime, as a creative toy, oozes all over social media, with countless DIY (do it yourself) slime-making videos on YouTube and Instagram reels/posts, which has raked up millions of views across the world. Slime became an internet sensation on YouTube roughly between 2016 and 2017. Ever since, the popularity of slime has been increasing every year, and so, inventing the edible version of it was quite expected.

Edible slime was first made and sold as a commercial product by a leading International toys-you-can-eat brand in 2018. Prior to that, there were a few videos on how to make edible slime.

Slime toys may be a recent phenomenon on the internet, but its origins date back many years. 90’s kids would remember that slime was first popularised by the TV network, Nickelodeon, when participants in some shows would be playfully sprayed with green slime, which is said to have been made with cream of wheat, jello powder, green food colouring, and baby shampoo.

This is a sweet and tangy Edible Slime flavour. Sour Patch Kids is available online in India.

60 packs of Sour patch Kids (made with soft candy, sugar, and sour sugar)

Completely melt Sour Patch Kids over a double boiler, you could use a bowl/saucepan as a substitute for a double boiler. Ensure the bowl is heat resistant and food-grade.

After melting the Sour Patch Kids, remove from heat and let it cool for some time.

Stir it in cornstarch and powdered sugar until completely combined.

Keep in an airtight container for up to a week.

This edible slime is made with Starburst squares, which is available online in India

60 pieces of Starburst in different colours, such as yellow, orange, and pink

Melt the Starburst completely over a double boiler.

Remove from heat and allow it to cool.

To the melted Starburst, mix in cornstarch and powdered sugar. Combine it well.

Keep in an airtight container for a week.

Fruity Doughnuts: Add A Splash Of Colour To Your Kids Diet

Cherry Pies That Look Like Cherries, Kids Will Love This