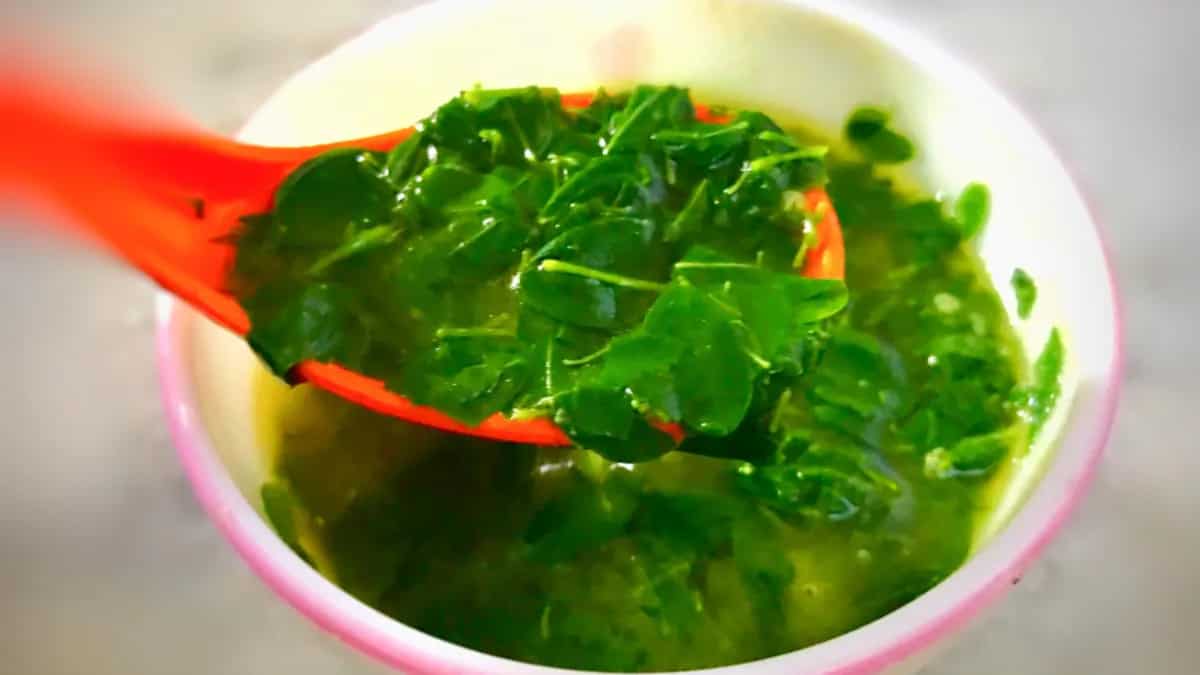 Savouring a delicious, smooth soup can be a blissful experience. There is a wide variety of soups. Out of which, the drumstick leaves soup is the most nutritious one. This delectable soup is the simplest and easiest stew made with the extract of leaves. This lentil and tomato-based soup is rich, thin, light and flavourful. It has got the authentic flavours of the drumsticks. The innovative and utterly yummy recipe, the leaves and lentils are boiled along with tomatoes, which is then blended and strained.

The concoction is sautéed with other aromatic ingredients, cooked and topped with butter. Lemon juice helps in balancing the overwhelming flavour of the vegan Drumstick Leaves Soup, while a dash of pepper adds the classic and final touch to this master meal. The soup is loaded with health benefits and is high in iron. Sip the deliciously-healthy soup in the breakfast, before lunch or dinner, or replace it with the evening tea. It is hydrating and filling.

Drumsticks come from the pods of the Moringa Oleifera plant. The moringa plant is also called horseradish tree or drumstick tree. In India, the tree is known as Shobhanjana, which literally means very auspicious. The plant originated in South West India around 2000 BC and became a perennial part of the subcontinent. Keeping in mind its medicinal properties, people also call moringa the ‘miracle tree’ or the ‘wonder tree’.

The plant has incredible nutritious values. Each part of the plant such as flower, pods, twigs, and leaves can be consumed. The vegetable is widely used in cooking curries, sambhar and pulusu. The leaves are used in making sabzi and soups. The leaves of the drumsticks hold approximately 90 nutrients and 46 natural antioxidants along with anti-inflammatory compounds. It boosts the immune system and increases breast milk production. Hence, it is a great meal to serve to expecting mothers. •    Cover and cook till 3 whistles or till the ingredients turn soft and tender. Let the pressure cooker subside.

•    Move  the boiled ingredients into a mixer-grinder.

•    Strain the puree with the help of a big strainer.

•    Keep stirring with a spoon to acquire a fine and smooth soup.

•    Transfer the soup into a heated saucepan.

•    Stir and squeeze lemon juice. Give a gentle mix.

•    Transfer the soup into a serving bowl. Add butter over top.

Drumsticks Ki Sabzi: Time To Make A Quick Sabzi With This Edible Flower

Drumsticks deserve a drumroll! Here are 8 ways to use this aphrodisiac