Doli ki roti is a heritage recipe unique to Multanis and Derawals. As India gears up for its 75th Independence Day celebrations, many are also taking an opportunity to revisit the horrors of partition. It is said that the partition of India and Pakistan displaced more than 15 million people. Scores of Sikhs, Hindus, Multanis, and Sindhis migrated, often on foot, to find a new home in the New India. Along with them, they also brought many of their culinary practices, recipes and local foods. The ‘West Punjabi’ influx changed the food map of Delhi overnight. Much has been spoken about the ‘Tandoori’ obsession, the butter chicken and dal, but there are many other, lesser-known recipes that are equally sensational. Doli ki Roti is one such flatbread that deserves your attention.

Doli ki Roti, hails from Multan, in West Punjab. My friend’s grandmother who migrated to Delhi post-partition, would not only make this roti from scratch but make them in abundance for friends and family on weekends. What makes the roti special is that it is our very own, desi sourdough bread. Now for those who were untouched by the phenomenon of sourdough bread during lockdown. These are breads that obtain a delectable sour, tangy flavour, since the dough of the bread is fermented using naturally occurring lactobacilli and yeast. Sourdoughs, focaccia and banana breads were some of the baking trends that became huge during the lockdown, but Desis have been onboard with the trend for many years now it seems.

Doli Ki Roti is a whole wheat fermented bread, activated with a homemade traditional yeast recipe hailing from Multan. It is served along with aloo rasedar making for a wholesome and complete breakfast. It is round in shape, golden in colour and crispy. It looks a lot like the thick, smooth cross of Puri and Kachori. It is not easy to make Doli ki roti, and it requires seasoned hands to just make the dough, but it is worth all the effort. One of the qualities of the flatbreads is that they have a pretty decent shelf-life, if stored well, they can be consumed even after 3-5 days. In fact, the taste only gets more refined as the bread stalls.

The Origins Of Doli Ki Roti

Doli ki roti is a heritage recipe unique to Multanis and Derawals, or the Punjabis from Dera Ghazi Khan and Dera Ismail Khan districts.

As for the peculiar name, it is said that back in the day, several brides would travel many villages in Palanquin or Doli, and she wouldn't be alone, the palanquin bearers would also have to travel on foot for all those days, and lugging the Doli until she reaches her groom’s place. This crispy, wholesome flatbread helped provide some respite to the carriers, helping them survive both the weather and the tough terrain, and this roti came to be known as Doli ki Roti. 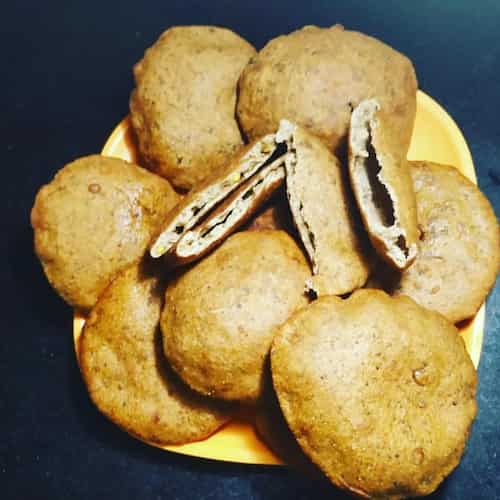 The preparation of the roti is spread across two days. First is the preparation of water which would be used to make the dough. The water would be seasoned with spices such as cardamom, cinnamon along with sugar and chana dal. This water is then boiled and allowed to cool and kept in a warm place to ferment and cool overnight.

Traditionally, this water was made in large quantities, and some of this water would also be passed to neighbours, extended family and friends so that they can also prepare their doli. The next day, wheat flour or atta, would be added to this water to make a firm dough. Chunks would be pulled out from these dough and Poori-sized rotis would be made from those chunks, further, these Pooris would be spread out on a mat or Charpoy on the terrace, covered with a blanket, so they can rise. Once the Dolis would rise up, they would be fried and savoured with a curry or as it is. Have you ever tried Doli Ki Roti? Do let us know in the comments below.

Flavours Of Partition; The Multani Cuisine