Ditch the usual besan chilla and try these different types of chilla recipes that will amp up your breakfast palate. 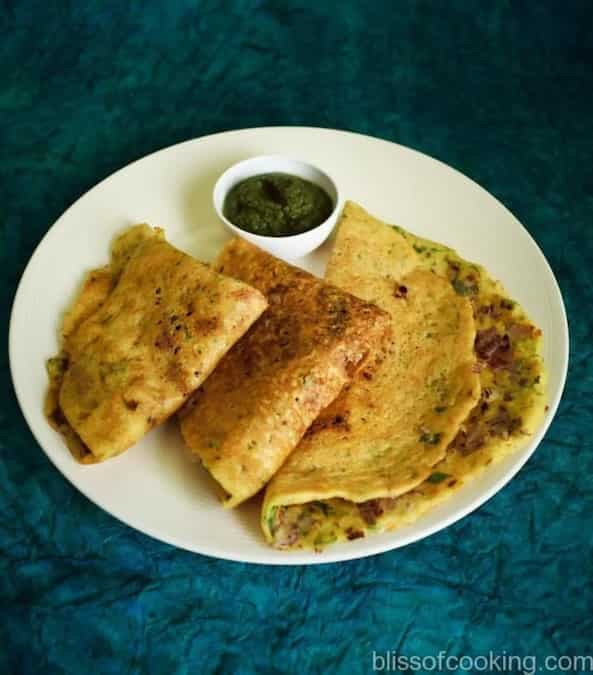 Cheela or chilla are referred to savoury pancakes that are usually prepared with besan or some kind of dal. Chillas are usually eaten for breakfast or as an evening snack as they are light yet filling. These pancakes are known as Chilla in North India and pudla in South India. Every state and region has its own recipe for making the chillas depending upon the communities residing there. The ingredients of the chilla can also vary according to nutritional needs and taste. Usually, the chilla is made up of besan but nowadays people use different ingredients to enhance the taste and the nutritional values. 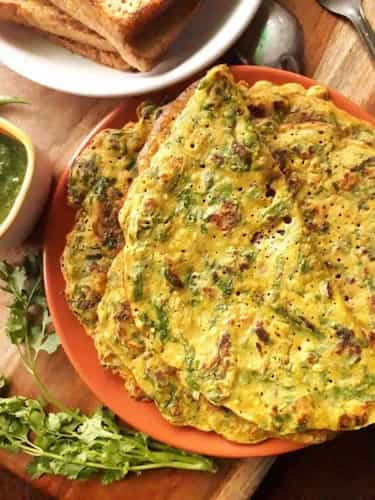 Here are some different types of Chilla that you can prepare-

Moong dal chilla is a quick and easy north Indian breakfast made with entire green gram or moong dal. Moong dal cheela or puda is a great dish for kids' lunchboxes as well. It's easy to sneak in a lot of vegetables, and it's delicious on its own or with any chutney. This dish is vegan and gluten-free so, it is a great snack for people who prefer gluten and lactose-free diet. You can also eat this chilla with toasted bread slices. It is a great combination for a lazy breakfast.

Oats, gram flour, and spices-herbs are used in this quick and easy chilla recipe. Oats chilla is a savoury pancake prepared from oats, gram flour, sooji and veggies. Chillas made with oats can be served simply with or without chutney on the side. Green chutney or coconut chutney are also good options to be served along with the chilla. You may use oats flour for the recipe or the oats as it is. This chilla tastes delicious and is a blend of different flavours and spices that are sure to make you fall in love with them.

Rice Chilla is a simple and quick breakfast dish. This chilla is more famous in South India. This recipe can be made using soaked rice or rice flour. It has a beautiful white crisp texture. It tastes similar to uttapam when you add some veggies to it. The chilla tastes amazing with coconut chutney. You may also have it with sambhar as it tastes supremely delicious when paired with sambhar and coconut chutney.

Sooji chilla is a simple recipe that will surely become your favourite. All you have to do is take some sooji (semolina) and some salt, pepper, red chilli powder, jeera powder and the spices of your choice to a bowl. Mix the ingredients. Add some water and keep stirring it until you get a liquid texture. Cook it on a low flame for 6-7 minutes. This chilla tastes delicious and has a high satiety value.

This chilla is also known as "aate ka puda" or "aate ka chilla" in Hindi. This is a sweet recipe for chilla that is prepared by adding wheat flour, sugar and milk. It is a sweet Indian pancake that tastes delicious. You can have it for your breakfast with a glass of milk. You may also add some honey to the batter to amp up the sweetness.