Did You Know About These Lesser-Known Facts About Japanese Whisky?

Whether you’re a beginner, an enthusiast, or a long-time fan, there are always untold stories to be discovered in the mysterious, closed-off world of Japanese Whisky. Japanese Whisky today is hot, but it’s origin can be traced back to 1850s, but then the where whisky production was unorganized here have been more than a few ups and downs in the category’s short history. Whether you’re a beginner, an enthusiast, or a long-time fan, there are always untold stories to be discovered in the mysterious, closed-off world of Japanese Whisky. There are almost around 16 active distilleries in Japan. Karuizawa & Hanyu whisky bottles are some of the most expensive Japanese Whiskies from closed distilleries.

Here are a few facts you may not know about Whisky from the land of the rising sun shared by Hemanth Rao, Founder of The Single Malt Amateur Club. 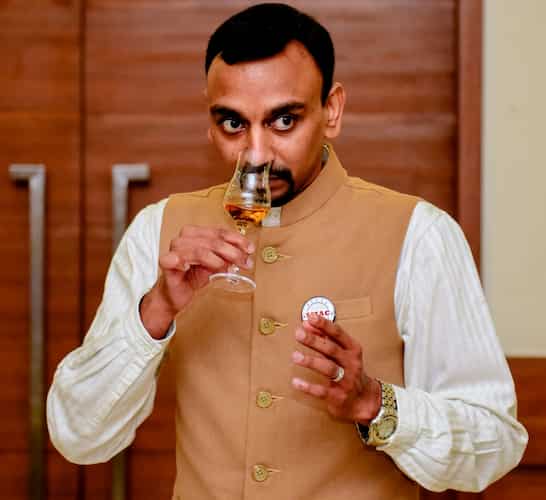 How would you define Japanese whisky?

Like most countries, Japan too does not have a governing authority that specifies the definition of Japanese Whisky. Largely one can classify it from two viewpoints. From an origin standpoint, it can be classified as any whisky produced in Japan and from a characteristics angle if traditional whisky-making practices have been applied. However, very clearly, we see ambiguity due to the broad cover of the phrase ‘Produced in Japan’; this may mean only the bottling is done in Japan, and the Whisky itself is being imported from elsewhere. In such a manner, many factors make the definition of Japanese Whisky difficult today.

To make things simple in the minds of the consumer, I would personally define Japanese Whisky as such only if two key elements comply

1.    If the Whisky is distilled in Japan

2.    If the Whisky has been matured in part or in full in Japan

When these two factors are covered, I believe it will retain the sanctity of origins.

What makes it special?

Speciality due to geographical origins is largely based on the Whisky’s character. A typical whisky from Japan would give you some notes of Vanilla, Coconut, Sandalwood and often are multi-layered. The nose on these whiskies is often prominent, with many describing it as perfumy and delicate. The Whisky also has a certain freshness that makes the popular cocktails, such as the highball, a balanced drink. From a production standpoint, Japan has seen extremities in terms of demand, from glut to glory, hence at this present juncture, with all the aged Japanese whiskies being lapped up, there is scarcity in some areas.

Usage of Mizunara casks is also a hallmark of a few varieties of Japanese Whisky. This wood which is highly porous, tends to add its personality to the Whisky, and the vibrant nose is an outcome of such a maturation. It would be an incomplete assessment, not to mention the evolution of the whisky-making tradition followed in Japan. They have carried forward their innate tradition of precision to the industry, and one can see many different variations of the whiskies produced from a single distillery. Lastly, from a blended whisky standpoint, a large part of the spirit comes from rice grain.

As a brand, Hibiki has been one of the top-performing blended whiskies in Japan ever since it was introduced. It started to gain world popularity when the stellar 30-Year-old Whisky was introduced in 2004, followed by the 21-year-old, which has dominated the world whisky awards in the blended whisky category. An extremely well-balanced whisky, it has entwined flavour profiles and elegance with personality. This Whisky was introduced by its owners Suntory in the year 1989 to commemorate the 90th anniversary. The name Hibiki stands for ‘echo’ or ‘resonates,’ referring to the artistic manner in which the Whisky relates to the consumer; it is further embodied by the unique bottle which finds a place on many bar mantles long after the spirit is gone. Wonderful Japanese artistry on the label further enthral the consumers and fanatics of the traditions. The acute shortage of aged stocks has forced the manufacturer to stop some of the whiskies of this range, such as the 17-year old, which was one of the most affordable whiskies in the segment back in 2014. But the frantic buying after the announcement has led to bottles flying off the shelves in haste, and at present, we are being introduced to many NAS (No age statement whiskies) such as Hibiki Harmony.