Densuke: The Unique Watermelon That Costs A Fortune

Do you know 'Densuke' is considered the most expensive watermelon globally, costing around 2-3 lakhs per kg? Nowadays, almost every fruit is readily available at a reasonable price. But, there are some such fruits that you might think twice before buying, such as the ‘Miyazaki’ mangoes that cost more than ₹2 lakh per kg. Similarly, the ‘Densuke’ watermelon has been talked about widely in the last few years for it being sold at around 2-3 lakh per kg. So, today with this article, we'll tell you about this unique watermelon variety and some of its benefits.

Although other watermelons in India have shiny, dark skin, the colour of the Densuke watermelon is slightly darker than the others. Do you know that Densuke is immensely famous in China, Japan, Malaysia and Thailand? The cultivation of this watermelon is mainly on Japan's northeastern island. Moreover, a Densuke watermelon weighs around 5 to 10 kg. In 2018, in the watermelon auction, Densuke was auctioned for more than ₹3,90,000.

Densuke takes a lot of time to grow 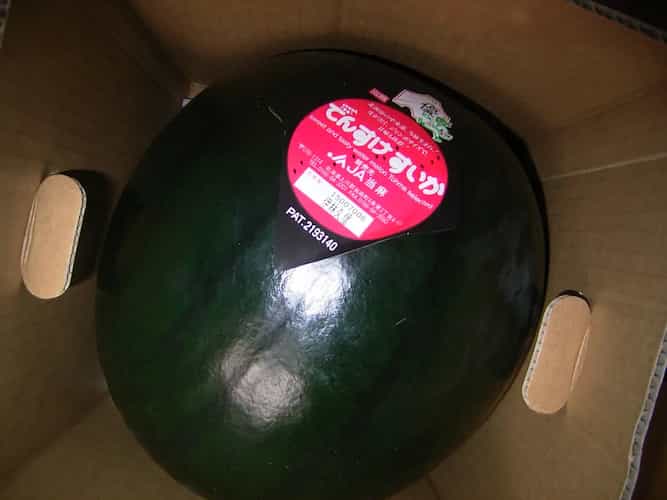 This watermelon requires a lot of time to grow. Approximately it takes about seven to eight months to be ready. It is developed under special climate conditions in Japan, and a special fertiliser is needed to produce it. Water is plentiful in this watermelon compared with other varieties, and it is also sweeter. This watermelon was first cultivated in 2008 and sold for ₹4,00,000.

Densuke keeps you hydrated and energised

Consumption of this watermelon provides several benefits to your body. It gives an instant energy boost and helps in reducing dehydration, especially during the summer season. Nutrients like iron, zinc, copper, and potassium are present in a larger quantity of this fruit than in other watermelons. In addition, this watermelon is considered best to keep skin infections at bay. Unfortunately, there is no prospect of Densuke’s cultivation in India yet.

“Om Shanti”, Says Chef Jitendra While Carving A Tribute For Lata Mangeshkar On A Watermelon