From abhorring to devouring, the journey of Indians' hate-love relationship for whiskey is interesting India is the ninth-largest patron of alcohol globally. Why do Indians enjoy drinking so much, especially now that they have discovered a taste for whiskey? With a staggering 131 million 700ml bottles consumed in 2019, India was the second-highest scotch whiskey guzzler in the world. How did this transpire? To decode this acquired taste for whiskey among Indians, let's flip the pages of history.

Also Read: From Lugdi To Apong: Local Indian Alcoholic Drinks Made With Rice

There are mentions of soma rasa in our ancient scriptures, but the actual effect and use are still debatable. The credit for introducing whiskey to the Indians goes to the British. One of the most elaborate anecdotes of this country's alcohol connection takes back to the Jataka Tales. One episode narrates how, Sura, a forester, went to the Himalayas to trade goods. He came across a tree with a hollow which stored water as it rained. The fruits of the pepper and myrobalan bushes that surrounded it fell into the water. Birds also dropped rice grains and husks into it. These ingredients started fermenting. Later, animals and birds arrived, drank the water, and dozed off. "They would have perished if it had been poison, but they woke up after a little nap and were well," Sura reasoned. He sipped the water out of curiosity and became inebriated. He was still high on this drink when Varuna, an ascetic, was passing by. Sura asked him to have a sip or say cheers rather. That's how the duo discovered alcohol.

Alcohol was a known substance in ancient India. Primarily, it is thought to have been a part of Indo-Aryan and South Indian culture for a very long period. Proof of it comes from the mentions by M.L Varadpande, the author of Women in Indian Sculpture. According to Varadpande, women used to drink various wines and liquors in ancient India. The reason was for amusement, commemorating an occasion, heightening the pleasure of lovemaking, offering company to their lovers and so on. 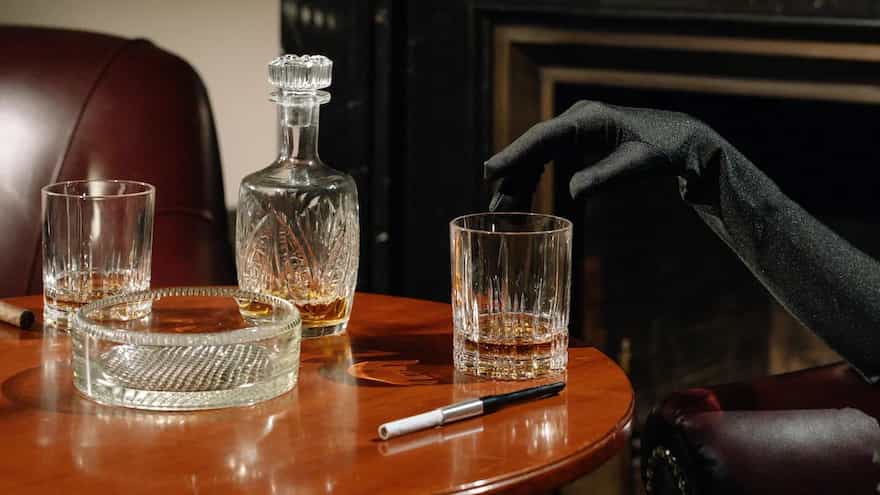 In India, the British enjoyed a thriving alcohol industry until they got control of this country's politics. The denizens' attitudes toward them and their alcohol began to shift swiftly. Somewhere there was a deep animosity brewing against whiskey among Indians. However, the consumption of alcohol didn't go missing. Instead, it persisted among Anglo-Indians. Brandy could keep its image clean among the locals, as many perceived it as a panacea to treat epidemic cholera, snakebites, etc. On the other hand, whiskey continued to throw its snobbish attitude by being exclusively available to the elite and affluent. Along with hating it, they often thought scotch whiskey was inferior to the desi ganja or local cannabis.

In the meantime, their odium for English alcohol was backed by the leading freedom fighters. Mahatma Gandhi was adamantly anti-alcohol and even led the Temperance Movement, an initiative that emphasised sobriety. He resented the state of drunkenness caused by alcohol consumption and the unhealthy environment in which the workers were forced to work in manufacturing liquor.

When India was high on ganja in the 1960s, the US outlawed narcotics and cannabis. It might be news to many that Indians were very proud of the drugs available at the time. Some policymakers had even advised using marijuana as a substitute. Sadly, the ganja glory couldn't last long, as, after two decades, India banned cannabis. It increased the need for booze. People started to develop a taste for whiskey and began to purchase it in large quantities.

From hating it to splurging on the most exotic variants, Indians have travelled far in developing a taste for whiskey.

The Fascinating History Of Whiskey