Cook With Vinegar: Learn These Hacks And Win The Game

When it comes to cooking, vinegar serves more than only as a flavoring agent. It can improve flavor, preserve food, replace missing ingredients, and even improve the appearance of food. Vinegar has become a staple in many kitchens. It's a versatile ingredient that may be used in both cooking and baking. When it comes to cooking, vinegar serves more than only as a flavoring agent. It can improve flavor, preserve food, replace missing ingredients, and even improve the appearance of food. This ingredient can help you avoid spoiling and save the day when you're cooking. In fact, a few drops of vinegar added here and there during the cooking process can completely transform the flavor of certain items. Vinegar is used to make salad dressings, is a key taste in marinades, and can be used to turn milk into a buttermilk alternative.

If you add 1 tablespoon of vinegar to the boiling water, you can still hard-boil a cracked egg. The vinegar will keep the egg white from separating.  Add a little vinegar to the bottom of a ketchup bottle and swish it around to make the ketchup stretch further. This method will also work with other condiments. When frying or boiling fish, use a tablespoon or more of vinegar to eliminate fishy flavors and odors while also keeping the meat tender. Cover canned shrimp and fish in wine and 2 tablespoons vinegar to give them a fresh-caught flavor. After 15 minutes of soaking, prepare as desired. Soak fish for 20 minutes in a mixture of 1 quart water and 2 tablespoons vinegar to keep it white. To increase the flavor of fruit cooked on the stovetop, add a teaspoon of vinegar. Once you've used all of the milk in your mashed potatoes, add 1 tablespoon of vinegar. This will aid in the preservation of the whiteness of the potatoes. Whip them until they reach the required consistency.  Just before finishing the cooking process, add 1 or 2 teaspoons of vinegar to a tomato sauce or tomato-based soup. The flavors will be improved. 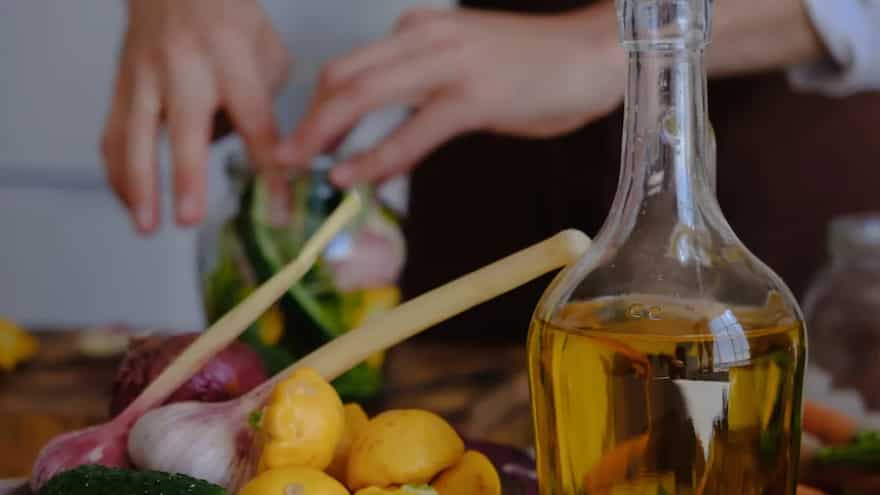 When it comes to baking, vinegar is a must-have ingredient.  To see if old baking soda is still suitable for baking, use vinegar. In a small bowl, combine 2 tablespoons vinegar and 1 teaspoon baking soda. The vinegar should froth greatly if you use good baking soda.  To get a gorgeous golden-brown crust on homemade bread, take it out of the oven just before the baking time is up and spray it with vinegar. Transfer to the oven to complete the baking process. If you use 1 tablespoon of vinegar for every 2 ½ cups flour in the recipe, it will help the bread rise. Other liquids in the mix should be reduced accordingly. By adding vinegar to egg whites before beating them, you can make a fluffier, more stable meringue. 1/2 teaspoon vinegar for every 3 egg whites in the recipe.  Add a teaspoon of vinegar to fruit pies or other desserts to cut down on the sweetness. As you'll see in the next section, vinegar can be used in the kitchen for a variety of purposes, including as a food preservative and a recipe alternative.

Store leftover hard cheese in an airtight container after wrapping it in a cloth wet with vinegar. The cheese will not mould or get excessively hard as a result of this. Soak wilted vegetables like spinach or lettuce in 2 cups water and 1 tablespoon vinegar to bring them back to life.

There's nothing more annoying than realizing you're missing an ingredient while cooking. As an alternative, vinegar comes to the rescue.

To make buttermilk, combine 1 tablespoon vinegar and 1 cup whole milk in a mixing bowl and set alone for a few minutes.

Instead of salt, vinegar can be used to season dishes like potatoes and other vegetables. Just a thin dusting will be enough.

Vinegar can be substituted for wine in any recipe if it is first mixed with water. Replace the wine with a mixture of 1 part vinegar to 3 parts water, then use whatever amount the recipe calls for.

DIY Recipe: How To Make Apple Cider Vinegar At Home?

Shrubs- The Story Of This Drinking Vinegar