Coffee, Folklore And Pandi Curry: A Day In Coorg

Beyond the fragrant coffee beans, Kodava cuisine is known for its rich flavours and textures. As one sits in the open at a local eatery in the hill town of Madikeri, in Coorg, Karnataka, the windswept rosewood trees seem to whisper, telling their own tales, before the folklore arrives from the locals. Rain clouds hover past the lush green mountains, and as the eyes wander about, one notices a couple of people carrying guns. What are the guns doing in the picturesque town that was christened by the British as the ‘Scotland of India’? You ask the question, and so begins the folklore.

They say Coorg has so much more to offer than just its famed coffee. But coffee begets conversation, and so you lift the cup that brings flashes of village people picking berries in coffee plantations spread across the hills of Coorg. Over bouts of coffee, you’re told that the gun is a symbol of the heritage of the hill town that is also known as Kodagu, named after the Kodava people native to the area. The Kodava people are licensed to possess light arms. Whether a child is born or it’s the Puttari harvest festival, shots fired are a part of the tradition. 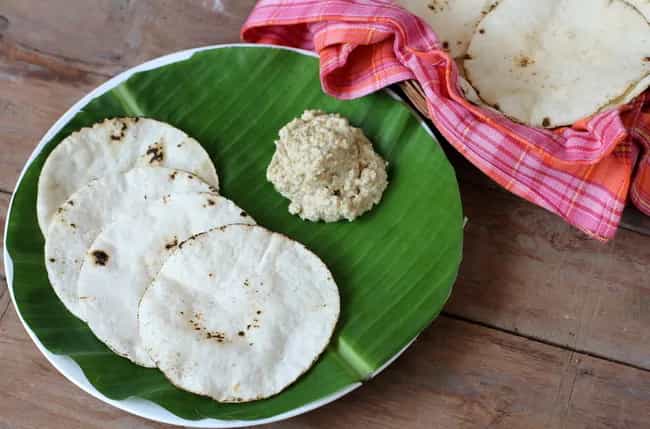 Coorg also boasts dense stretches of forests sheltering wildlife such as elephants, tigers, leopards, bison, wild boar and birds, and therein also lies the justification for arms. Kodava people were great hunters in their heyday, and hunting wild boars for meals was a regular affair. Boar hunting may no longer be allowed, but its legacy is reflected in one of the most famed recipes from the region: pandi curry. The pork dish made in spicy-sour curry with black vinegar from the kokum fruit graces the table on almost every occasion. Pandi curry is paired with another classic from the Kodava kitchen, Paaputtu, which are rice cakes garnished with coconut, and sometimes alcohol.

Rice is a staple in the area. Take a stroll around the area in the morning, and eateries will serve akki roti, made from rice flour, seasoned with onions, coriander, chilli and fresh coconut. But what gives akki roti that aroma is a dash of dill leaves. Pair it with chutneys made with coconut, mint or peanut-onion and you’ve started your day on a scrumptious note. If you thought the range of chutneys is the usual, try some made from dried or smoked meat and fish. Wild mushroom, bamboo shoot, jackfruit and pumpkin feature prominently in Coorg’s main-course curries. Coconut is a must-have flavour in curries, along with spices like cumin, pepper and chilies. And what better way to draw a meal to a close that with thari payasam. The dessert made from rice and milk finishes the day off perfectly, or does it?

Step outside and you’re shrouded with the cloud cover. A gust of wind sweeps across the Western Ghats to give you the chills. And that is when you wish for the warm embrace of Coorg’s favourite companion, one without which a day seems imperfect: coffee.

Planter’s stories, folklore, gunshots … bring them all on!

Cold Brew Coffee: What Makes It So Popular