Cities That Are Known For Their Burger-Obsession

These cities from around the world have taken their burger obsession to a whole new level and it is hard to blame them considering how irresistible a good burger is. According to legend, a German immigrant in Texas sandwiched a Hamburg steak between two buns once and little did he know he was creating history. Burgers are a popular food item among both young and old people and have now found fans across the globe. Burgers are available almost everywhere, with ingredients ranging from halloumi to chicken and black beans. It is no secret that burger is one of the most versatile foods you can come across. You can have it in various styles, toppings, and the kind of meat that you prefer. Not only this, you can even experiment with something new of your own. These cities from around the world have taken their burger obsession to a whole new level and it is hard to blame them considering how irresistible a good burger is. 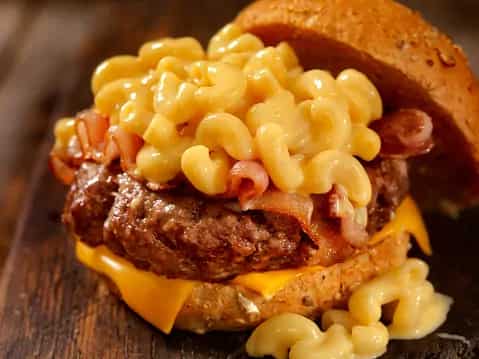 Given the German link in th origins of the hamburger, it's no surprise that Berlin ranks high on this list. Having said that, the capital's many burger joints favour the American style. At New York-style Bird Berlin, try the 'Bronx Jon' or 'Drunk Texan,' or go to Nalu Diner for late-night chilli cheese fries and bacon burgers, and you are sure to have a great time.

The love of burgers is immense in Athens too.  The 24-hour chain diner 'Hot Hot' is a popular diner with Marilyn Monroe and James Dean posters covering the walls. Then there are trendy burger joints like La Esquina Kolonaki, which is known for its truffley Black Angus burgers and cocktails like 'Lose My Spicy Mind.'

Manchester's burger love is real; some even argue that the city has far too many burger joints as compared to other neighbouring towns. Almost Famous, a Manchester original burger restaurant is known for epic portions and cheeky names like 'Blame it on the Vodka' or 'Phok-Meat,' is one of the legendary joints you must visit. Then there's Byron, Dog Bowl, and Archie's Burgers and Shakes, which are all worth the hype and calories.

The Big Apple is surely a haven for burger lovers. Every neighbourhood has something to offer, from retro diners and Jewish food joints to swanky restaurants, but the love for good, juicy burgers draws loyalists to even the most dingiest of joints. Shake Shack, Joe Jr., Boilermaker, and The Spotted Pig are a few favourites - follow your gut (and nose?)and try to pick a favourite whenever you are in NYC.

Barcelona has been bitten by the burger bug and no one's complaining. Bacoa Burger's juicy burgers are among the best in town, with organic char-grilled beef topped with delicacies such as manchego and Iberico ham. Can't find a table? This same chef also opened a delectable hamburguesera (burger joint) called Kiosko Bacoa - and there are plenty of competitors (Bburger and Oval are both excellent).

Sheffielders, like much of the UK, is coming up with many interesting burger joints. The Twister Burger Company is a local favourite that serves inventively named burgers in epic meat, veggie, and vegan varieties. Then there are Urban Social's classic burgers, Lucky Fox's fried chicken burgers, and Cow Boys Burgers, a pop-up food truck and catering service.

How The World Likes Its Burgers? 5 Yummy Recipes

Germany Or America? Where Did The Hamburger Originate

10 Delicious Fillings That Will Amp Up Your Burger