Chocolate Mousse: The Perfect Dessert To Tackle Your Mood Swings Our brains immediately conjure up the deliciousness of chocolate whenever dessert is mentioned. Whatever form it takes, chocolate is pure delight, whether it’s in a cake, eclair, pastry, loaf, or any other confection. And up to this point, I’m confident that you've at least once dabbled with chocolate and attempted to build a dessert. It might not have gone quite as you had hoped, though. Especially if you’ve never baked before, it might occasionally be difficult. There are numerous materials that must be added, and the procedures can take a lot of your time. But the outcome is always worthwhile. Why not start with something easy and fundamental if you also want to play with chocolate and learn something new? Here, we provide a simple chocolate mousse recipe for the same.

Classic French foods known as mousses are frequently prepared as savoury dishes packed with puréed fish, pork, or vegetables. But there's a solid reason why fruit and chocolate mousses are popular treats. It only requires a little care to prepare the egg yolk-enriched filling and then fold in stiffly beaten cream. In addition to being delicious, chocolate mousse also has an intriguing history. Even more intriguing, it was created by famed French post-Impressionist painter Henri Toulouse-Lautrec in the late 19th century under the name of ‘mayonnaise de chocolat’.

Toulouse-Lautrec is best known for his work as a bohemian artist, but he was also an accomplished cook who occasionally experimented with developing his own meals. This one was a particular triumph. The dish of chocolate mousse has evolved into a classic that can be prepared in various ways while remaining traditional.

Here’s the recipe for Chocolate Mousse. 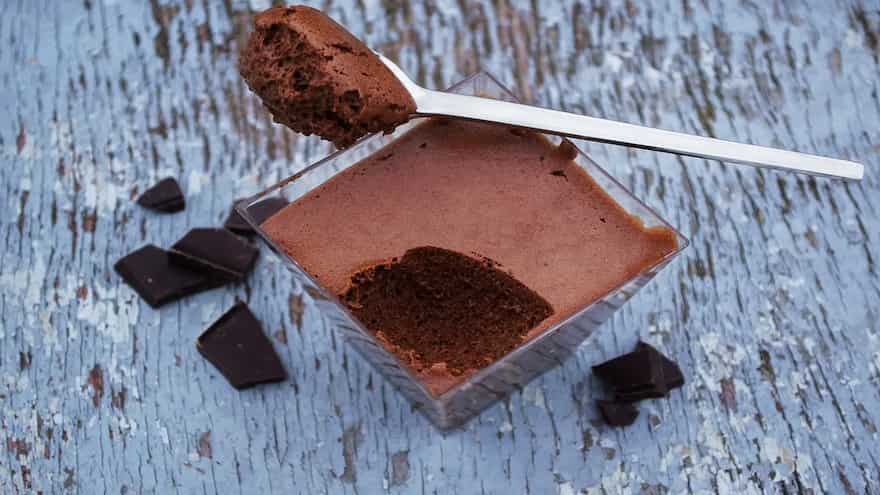 •    Make little chunks out of the dark chocolate.

•    Before adding the butter, weigh out the chocolate.

•    Whisk the egg yolks in a bowl well as you add half of the caster sugar as the   water is boiling up.

•    Hold the chocolate-filled dish over the boiling water once it has reached that temperature. Make sure the chocolate bowl’s base never comes in contact with any hot water.

•    Set aside the chocolate after it has fully melted.

•    After whisking the egg yolk with the cocoa powder, add the ingredients once more.

•    Continuously whisk the mixture while holding this bowl over the double boiler.

•    When it thickens, remove it from the heat and continue whisking constantly.

•    Start whisking as you begin to add the melted chocolate; keep whisking.

•    Set the egg yolk and melted chocolate aside after they have combined thoroughly for a few minutes.

•    Whip the cooled cream to begin with. Once whipped, cover it and refrigerate it once more.

•    Beat the egg whites to stiff peaks while waiting.

•    Begin beating, then stop when you notice the egg whites beginning to puff up, add a pinch of salt, and then resume beating.

•    As you continue to whisk, begin adding the egg whites and the remaining half of the caster sugar in stages.

•     Fold everything together at this point.

•    Beginning with the egg whites, incorporate them gradually into the chocolate mixture and begin folding. Make careful to move only in that direction.

•    Then, add the whipped cream to the mixture, adding only 3/4 of it and keeping the remainder for the garnish.

•    It’s time to scoop the mixture into the ramekins when all the ingredients have been gently folded in.

•    At least for a few hours, wrap them in cling film and place them in the refrigerator.

•     Take them out of the fridge a few hours later, then top with whipped cream and chocolate shavings.

•    The mouthwatering chocolate mousse is prepared for serving.

Raksha Bandhan: Surprise Your Sibling With This Chocolate Peda