Cheese That Can Be Taken While Following A Low Sodium Diet

If you have been told to lower your salt intake but can't live without the delightful goodness of cheese, try incorporating these cheeses Cheese frequently tops the list of foods to "avoid" when individuals are advised to lower their salt intake. And while it's true that some cheeses, despite being really tasty, are high in salt, others can be readily incorporated into a low-sodium diet due to their lower sodium content. Here are some cheeses with lower sodium content that have been recommended by dietitians if you have been advised to reduce your intake of sodium yet can't live without the delicious goodness of cheese.

Also read: Mozzarella, Burrata And Feta: Which Cheese Goes With Which Salad

Knowing which cheeses are produced using less salt is the key to including cheese in a low-sodium or heart-healthy diet. You won't be successful in your search for cheeses that are entirely sodium-free because salt is essential for both improving the flavour of our beloved dairy product and inhibiting the growth of potentially hazardous microorganisms. But certain cheese kinds have significantly less added salt than others, much to the joy of many cheese enthusiasts who are watching their sodium consumption.

Reading the nutrition label on your cheese container and ensuring that the sodium content is on the lower side are two of the greatest strategies to choose cheeses with lower sodium content. The most recent Dietary Guidelines for Americans recommend limiting sodium intake to 2,300 milligrams per day, though some experts advise eating less sodium overall—perhaps as little as 1,500 mg—especially if you have kidney disease, high blood pressure, or other medical conditions that make excessive salt consumption harmful. 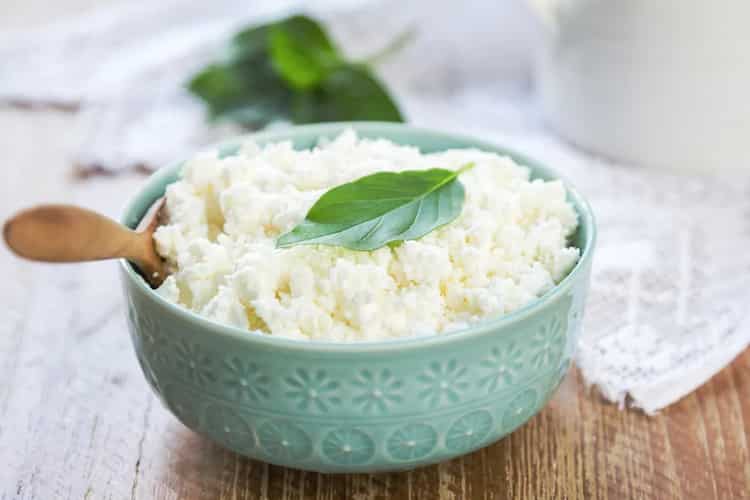 One thing to remember is that cheese also contains saturated fat, a nutrient that those who are diabetic or have heart disease still need to consider when choosing their foods. While salt is restricted in some of these lower-sodium choices, you still need to control your intake of saturated fat.

Here are five low-sodium kinds of cheese to incorporate into your diet when making the switch:

There is nothing quite as satisfying as biting into a sandwich topped with fresh mozzarella cheese or a fresh vegetable salad. And if you're looking to cut back on sodium, this cheese is one of the better selections because it only has 85 mg of sodium per ounce when you enjoy an ounce. The sodium content in highly processed mozzarella variants, which are frequently pre-sliced or shredded, is usually higher to assist prevent spoilage. If you're looking for a lower-sodium choice, stick to the softer mozzarella that is sold in liquid form.

With only 53 mg of sodium per ounce, the popular holey cheese fits the bill for lower-sodium cheeses perfectly. In addition, this tougher cheese has a very low lactose content, making it a potential dairy substitute for those who are lactose intolerant (not to be confused with a dairy allergy). 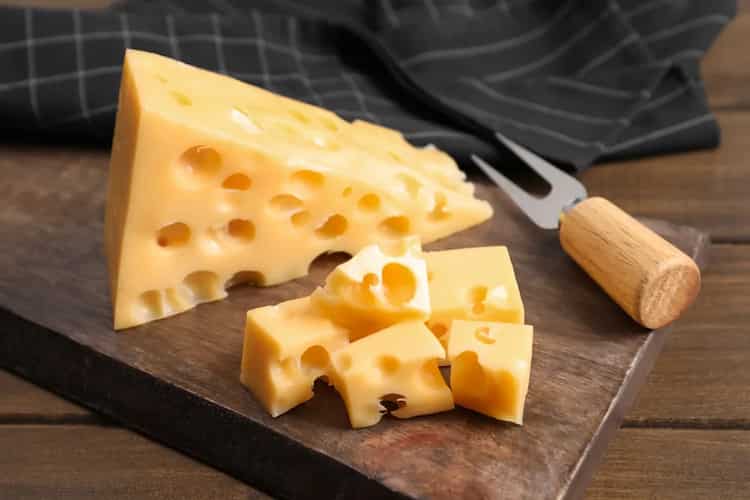 Ricotta cheese is one of the most delectable and adaptable cheeses available, whether you enjoy it on top of toast, in lasagna, or as a sandwich filler. You may also enjoy your favourite ricotta cheese meals knowing that you aren't oversalting your body because each half-cup of cheese contains only 136 mg of sodium (as long as the other ingredients used are low in sodium as well).

Even though creamy, buttery mascarpone cheese has a significant fat content, each tablespoon of the cheese only has 15 mg of salt. Many people only want a light spread or a dollop of this cheese to feel pleased because a little bit goes a long way with it.

If you're a fan of cottage cheese, be glad to know that some versions of this cheese have a reduced sodium content. Although you should check the Nutrition Facts label on your favourite brand, low-fat, no-sodium-added cottage cheese normally contains about 29 mg of salt per cup. You should choose cottage cheeses that say "no sodium added" or "no salt added" on the label because regular cottage cheese frequently has a lot of sodium added.

Get Your Hands On These Amazingly Delicious Cheese Biscuits