If you thought you’ve already found the best marinades for chicken, you might be wrong. The base of many fish dishes in Morocco and North Africa, such as fried sardines filled with chermoula and the fish tagine is known as mqualli, which is constructed of layers of potatoes, tomatoes, fish, and peppers, is chermoula, a rich marinade for fish. Despite the fact that chermoula comes in many different forms and is found in many countries, the flavour is usually extremely similar. This traditional chermoula dish is quick and simple to make, and it has a texture that is similar to relish. Depending on your liking, change the spice levels. It makes a lot (enough to marinade 4 1/2 pounds of fish), so you can keep some to mix with couscous or rice or to add to baked potatoes or vegetables. 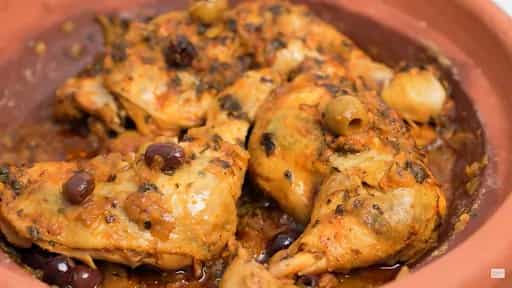 To make the Charmoula:

•    Slice your preserved lemons into quarters, then scoop out the flesh to produce the charmoula. Make a rough cut to a smaller size and add it to a bowl.

•    Your parsley and coriander should be separated from their stems and chopped into reasonably tiny pieces.

•     Mix thoroughly, being careful to ground the lemon, after adding the saffron combination, spices, and harissa to the bowl.

To make the chicken:

•    Apply the marinade to and beneath the skin of the chicken after using your fingers to separate the skin from the meat. Make sure it is well covered.

•    Place the chicken in the refrigerator to marinate for at least 30 minutes and up to several hours. You may prepare this in any pan or, if you have a tagine, use it.

•    To begin, add the olive oil to the frying pot, then add the onion, which has been diced into tiny pieces. Mix thoroughly after adding the salt and ginger.

•    Once the pot has heated up and the onions have begun to sweat and release some steam, place the chicken on top of the onions.

•    Turn the heat to medium, cover the cooking pot with a lid, and let it cook for 10 minutes.

•    Turn the heat to low and set a timer for 20 to 30 minutes at this stage, when the chicken should have released a lot of liquid.

•    The olives and lemon juice are added once the chicken appears to be done. Feel free to use the liquid to baste the chicken.

•    Cook uncovered for a further 10 minutes to further reduce the sauce if necessary.

•    Serve with some crusty, soft bread.

And Chicken with the tastiest ever marinade is hot and ready to be served. Bon Appetite

Enjoy Tandoori Chicken At Home Even Without An Oven