Butter Or Its Alternatives? What's Better

While everyone enjoys butter, some also like its replacements. Compare them all to see which is best It might be the ooey-gooey butter that begins to melt on heated toast, the buttery creaminess on a sweet potato seasoned with cinnamon and sugar, or the buttery flavour baked into your favourite muffins. Everyone likes butter, but some people also enjoy its substitutes. People frequently inquire as to whether butter or margarine is healthier, and well-known national companies appear to feed this desire with novel applications of ghee and plant-based, nondairy spreads. In order to sort through the uncertainty and decide which buttery spread to put in our shopping baskets, let's get precise about butter, margarine, ghee, and vegan butter.

Also read: Benefits Of White Butter And How To Make It

Butter, the much-loved original, has remained a familiar name for what feels like ages. This common, tasty, semisolid fat is formed by churning milk or cream and is sometimes offered in sticks. It is a dairy product. Butter has a high calorie and fat content, with 102 calories and nearly 12 grams of total fat per tablespoon, similar to many other oils. When salted, it can contain more than 80 grammes of sodium per tablespoon. Sadly, butter contains 7 grams of saturated fat, or 35% of the recommended daily allowance. Butter contains mostly palmitic acid, a saturated fat that tends to increase total cholesterol as well as low-density lipoprotein (LDL) cholesterol and is linked to an increased risk of heart disease. Be aware that butter may range in size from roughly a teaspoon to as much as two teaspoons when it is presented in little balls or squares known as "pats." Margarine, which is frequently sold on the same shelf as butter, comes most frequently in a tub but can also be purchased in sticks. It does not contain dairy as its first ingredient. The risk of myocardial infarction, or heart attacks, is said to be reduced when using tub margarine instead of stick butter or margarine. Instead, a combination of water and several plant-based oils, such as palm, palm kernel, and soybean oils, as well as occasionally canola, coconut, and olive oils, take the lead. Margarine was once a source of fully or partially "hydrogenated" fats due to the production method known as hydrogenation, which involves adding hydrogen to an unsaturated substance. At room temperature, this made the margarine more solid. Oils that have been hydrogenated, however, are linked to worse health results. Fortunately, the margarine products currently on the market rarely undergo hydrogenation.

Margarine's fat and calorie content can range from 35 calories, 4 grams of total fat, and 1 gram of saturated fat per tablespoon to 70 calories, 8 grams of total fat, and 2.5 grams of saturated fat per tablespoon. Additionally, margarines are available as very low-calorie sprays that provide just enough spritz to lightly sprinkle fresh popcorn, glaze roasted vegetables, or coat a pan before cooking on a low to medium heat.

Indian and Middle Eastern cuisines are highly well known for their use of ghee, or clarified butter. Clarified butter is prepared by removing the milk particles from regular butter and then reserving only the liquid butter fat. In high-heat cooking methods like sautéing, searing, or even frying, this produces a butter product with a higher smoke point of roughly 375 degrees or more that is more flavorful and shelf-stable. While ghee may be excellent for cooking and flavour, it has even more calories, saturated fat, and fat per tablespoon—roughly 14 grams, 10 grams, and 120 calories, respectively. This amounts to 50% of the daily recommended intake for saturated fat in one tablespoon, or around the size of your thumb from knuckle to tip. 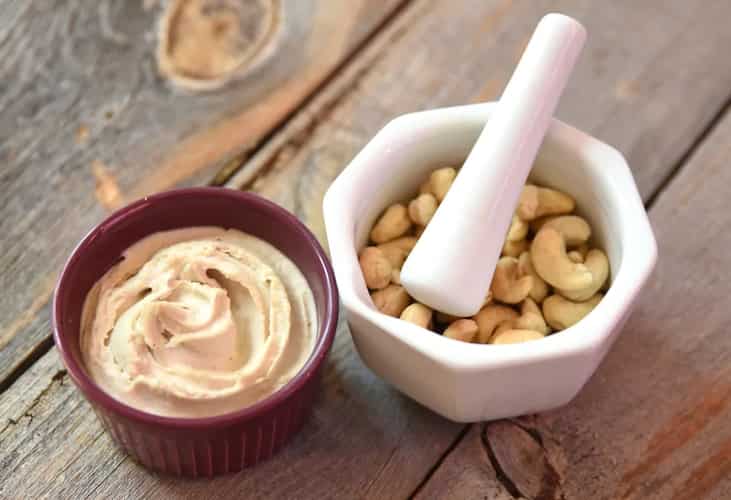 It's fantastic to see the availability of plant-based foods in so many areas of the supermarket, giving both omnivores and herbivores options. The word "vegan" is being used by numerous firms nowadays to achieve popularity among consumers. Vegan butters can be purchased as tubs or spreads, and their primary components may include coconut, soybean, palm, canola, flax, or olive oils. Small amounts of protein from cashews, oats, faba beans, or pea protein are frequently added to the recipes of vegan butter. Furthermore, a tablespoon of vegan butter has between 80 calories, 8 grams of total fat, 4 grams of saturated fat, and around 100 calories, 11 grams of total fat, 5 grams of saturated fat.

When comparing butter, margarine, and vegan butter, ghee earns the highest ratings in all three categories, making it the most crucial differentiator among buttery spreads. In contrast, a correctly chosen margarine can have the least amount of all three. For the healthiest buttery spread, choose margarine whose main constituents are water and olive, avocado, flax, or canola oils. With these essential components, margarine will provide the best kind of fat for promoting heart health and probably have reduced fat and calorie counts to help with weight management.

Benefits Of White Butter And How To Make It

Add Peanut Butter To You Meals This Way

How To Make Hazelnut Butter At Home