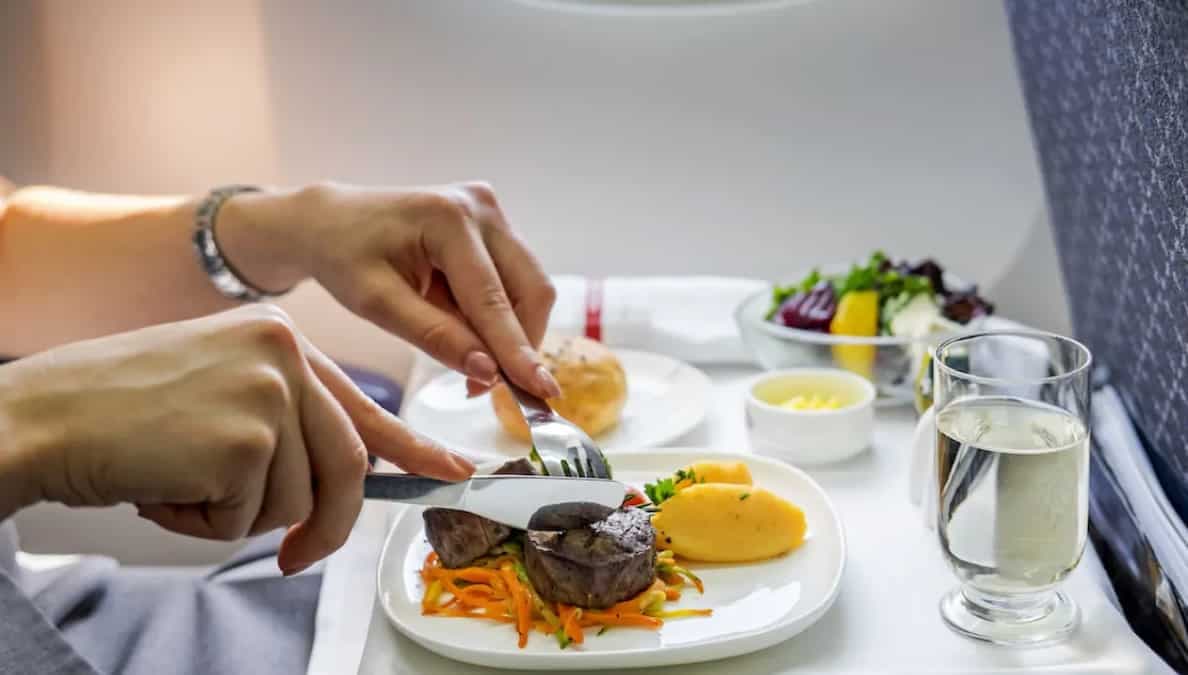 In-flight meals are often a point of discussion among passengers and they are also sometimes engulfed in controversies. It isn’t uncommon to hear complaints from passengers about the meagre, tasteless, and sometimes even stale food served onboard an airliner. While some are disappointed with the portions, others are simply appalled at the quality of the food. But most times, a common notion is that the meals served in the aircraft’s ‘First Class’ section might be better than those served in the ‘Economy’ or ‘Business’ class, because of the difference in ticket pricing, of course. Countering the notion, or rather ‘busting the myth’, is an account by a passenger who was travelling by British Airways in first-class.

Twitter user Jane Hawkes, who goes by the handle @ladyjaney75, revealed in a tweet how even first-class meals can be quite bad. Putting up a picture of her in-flight meal on Twitter, Jane asked twitterati to share their thoughts about it. Take a look:

In the picture, we could see two plates of breakfast kept side by side. One has a couple of stir-fried mushrooms, a single piece of sausage and a couple of fried potatoes on the side. Besides this, there was what looked like a meagre serving of scrambled eggs and a hash brown.

“First class #BritishAirways breakfast. Thoughts?” Jane wrote in the caption of the photograph, which has already received over 2.7k likes and 1.5k comments since the time it was posted. The bizarre breakfast meal served in British Airways left Twitter users stunned. Hundreds of users poured in their comments. While many of them shared their reactions to the post, some also narrated their own experiences with aeroplane breakfasts.

“The more I look at this the worse it gets,” wrote one user while another said, “What is that meat?” A few others were also surprised to know that the meal was from first-class as it did not match up to premium price. A user also shared a picture of nachos served in Etihad airways.

On the other hand, a Twitter user also shared a picture showing how the airline Air Canada served a wholesome meal. It was full of freshly cut fruits, a croissant, sandwiches and more. “Air Canada back in March. The healthiest breakfast I've had in years,” the user wrote in the caption. Take a look:

What are your thoughts of the first-class meal on British Airways? Let us know.

11 Mouth-Watering Recipes That Use Sausages

Chorizo Trail: The Best Places For The Indo-Portuguese Sausage In Goa