Beyond KFC: How India Fries Chicken

There are many dishes within the context of regional Indian cuisine that use fried chicken. KFC is to fried chicken what McDonald’s is to burgers. The fast food chain has taken the humble fried chicken and turned it into an international sensation. However, there are many dishes within the context of regional Indian cuisine that use fried chicken to give KFC competition. With a multitude of flavours straddling different regions in the country, fried chicken has been given new life in Indian kitchens.

Here are three Indian dishes that use fried chicken:

Served as an appetiser at South Indian restaurants, chicken 65 is a favourite with those who like their spice. The chicken is marinated, coated in batter and fried, and then tossed in a paste of chilli and black pepper. There’s more than one theory behind the name of the dish. Some say that chicken is marinated for 65 days, while others claim that the chicken is cut into 65 pieces and that a chef added 65 chillies to the recipe. The most popular story says that the dish was introduced at Buhari’s Hotel in Chennai in 1965. A favourite among Parsi households, chicken farchas consist of chicken legs that have been marinated and batter-fried. The batter used for farchas is spiced with chilli, turmeric and garam masala. Farchas are popular at Parsi celebrations like weddings and the New Year, and have been compared to Southern Fried Chicken from the US. Best enjoyed with a glass of cold beer, farchas are easily found at most Irani cafes. Parsis often cook farchas and give them to neighbours as a gesture of friendship. ‘Thattukada’ refers to little street food shops or roadside eateries in Kerala that serve Malayali food. A popular Malayali street snack, Thattukada chicken fry is a dish that puts fried chicken, curry leaves and onions together. The chicken used for this dish is usually fried in coconut oil. Although Thattukada chicken fry is dry and can be eaten on its own, a Malabari paratha adds to its taste. Squeeze some lemon on top of the chicken for added flavour. 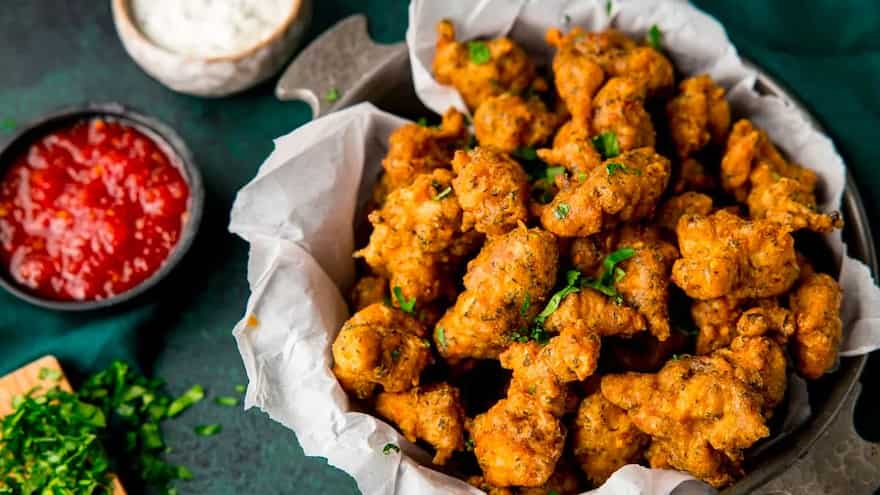 Fried Chicken Is Not The Obsession Of Black Folks. It Is Their Pride