Bagara Khana with Dalcha or Khorma is a famous combination in Hyderabad, where several hotels prepare it on Fridays An exotic spiced rice dish made in Hyderabad, is known as bagara khana or bagara annam. Simple Biryani without any vegetables or masala powders is called bagar, which means tempering. In Hyderabad and the Telangana Region, bagara rice is also a well-liked delicacy at celebrations and weddings. This is a staple main dish for vegetarians in Telangana.

With several hotels cooking it on Friday, the combo of Bagara Khana with Dalcha or Khorma is quickly gaining popularity in Hyderabad. It used to be a rare meal, but due to rising demand, it is now sold frequently, at least on Fridays. Otherwise, the most popular food here in eateries is biryani. Bagara rice-Dalcha is being prepared by a number of local hoteliers in Hyderabad and is initially only served for lunch on Fridays at a few hotels. Muslims also view Friday as a highly fortunate day, and mosques frequently host sizable crowds for prayer time in the late afternoon. Many people choose to meet up with friends and have lunch at hotels after attending prayers.

Also read: Hyderabad And Its Years Old Connection With Biryani

This is where the idea of Bagara Khana competed with the well-liked Biryani. "People didn't want heavy, spicily flavoured lunch fare, especially not Biryani, which is more expensive than Bagara Khana. So, according to a manager at a hotel in Hyderabad, hoteliers began cooking and serving Bagara Khana to guests. 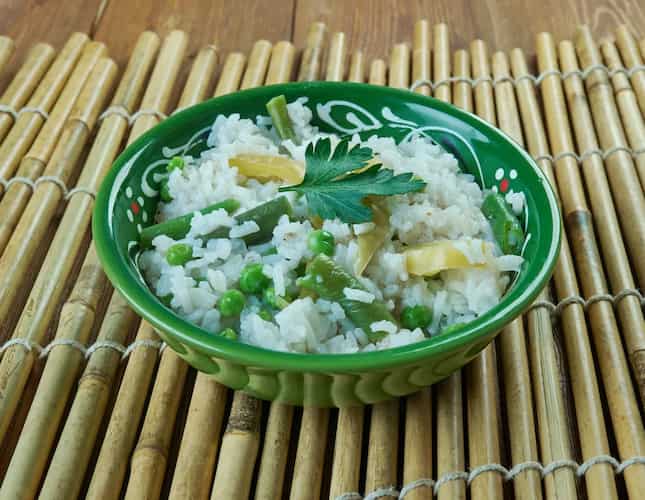 Dalcha, a dal and bottle gourd stew, is served with Bagara Khana, a dish made with premium Basmati rice cooked in hot water. It was first prepared in a few famous hotels on High Court Road. A plate now costs about Rs. 120 in Hyderabad. As the meal became more well-known among residents of Hyderabad, hotel managers in neighbouring cities began offering it as a "Friday Special" in an effort to draw customers. Along with Bagara Khana and Dalcha, Shaami Kebabs are now also cooked as an accompaniment in a select hotels. Recently, the Bagara Khana - Dalcha combination became popular in Hyderabad hotels, which causes people to carry packages home while women are occupied with prayers on Friday noon.

Mutton-based Bagara Khana and Dalcha combinations are popular at hotels. These days, hotels compete with one another for customers by offering better service and rates. In the end, it is the clients that gain from it. Depending on the hotel grade, a plate of bagara khana costs between Rs. 40 and Rs. 80, with the exception of upmarket hotels where the cost exceeds Rs. 100. A few hotels in the old city also prepare the Bagara Khana Dalcha on regular days. They accept orders for household chores and distribution at orphanages, senior living facilities, and among people living on the streets.

Jouzi Halwa From The Streets Of Hyderabad