A cherished cornerstone of classic Italian cuisine is spaghetti. Despite the widespread belief that Marco Polo brought pasta to Europe during his journey through the Far East in the late 13th century, the Spaghetti Museum in Pontedassio, Imperia, Italy, features several documents from 1279 and 1284, well before Polo's return in 1292, which mention pasta, maccheroni, and vermicelli (a thinner version of spaghetti).

Whatever its ancestry, spaghetti has come to represent Italian food. It is often served with traditional tomato sauce and cooked al dente, which is Italian meaning "to the tooth." The traditional Italian-American pasta dish, spaghetti and meatballs, is also made with it. It is served with garlic and oil (spaghetti aglio e olio), eggs, pork, and salty cheese (spaghetti alla carbonara), clams (spaghetti alle vongole), and meatballs. Here are some typical mistakes you should avoid when cooking spaghetti, whether you're making spaghettoni, a thicker version, spaghettini, a thinner form, capellini, super-thin, "angel hair," or regular spaghetti.

Never skip the salt; the water for your pasta needs far more salt than you might imagine. Spaghetti will absorb the salt from the water, boosting taste from the inside out. Salt is the most universal flavour enhancer. One of the most important tasks in cooking spaghetti is adding the right quantity of salt, even though you should never oversalt your pasta water. No matter what kind of sauce is applied, tasteless pasta will result from a lack of salt. It is advised to use 1 ½  teaspoons of table salt per litre of water.

The key to keeping your spaghetti from crowding or clumping in the pot is to use the proper amount of water. The temperature will decrease as you add your spaghetti to a large pot of water that is at a rolling boil and returning to a boil more quickly. The right amount of water in a large saucepan also makes it simpler to submerge long spaghetti strands. 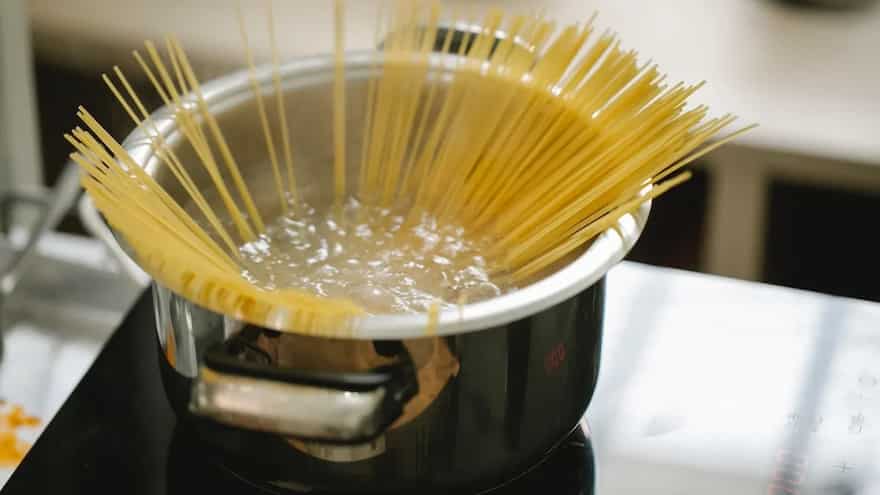 Saying that you must add olive oil to the pot of water before adding your spaghetti noodles is a long-held misconception. It is simply unnecessary to add olive oil to your pasta water to keep the spaghetti from sticking together. Make sure your spaghetti is prepared in a large pot of water that is at a rolling boil in order to prevent gummy noodles that clump together. It is simply a waste of energy and valuable oil to add oil to the water. The coating of oil in the pot sticks to the spaghetti after you drain it, which is even worse because it makes it more challenging for the sauce to stick to the pasta.

Among an Italian chef's biggest nightmares are soggy, mushy spaghetti noodles. Spaghetti needs to be fully cooked while remaining firm. When you add the noodles to the pot, set a timer to prevent overcooking the spaghetti. Follow the cooking instructions often found on the pasta box: The majority of spaghetti types typically cook in 8 to 10 minutes, but check the label for a precise, suggested cooking time. Two minutes before the recommended cooking time has passed, check one or two noodles to ensure they are perfectly al dente. 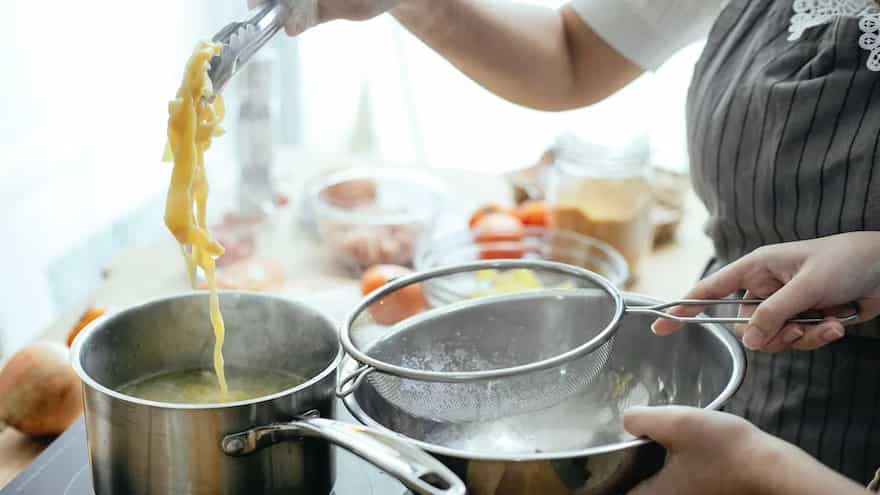 Not Draining The Spaghetti Properly

Using a colander set over a pot of boiling pasta that is then turned over a sink to drain the cooking water. While there are other ways to drain the spaghetti, this method is hazardous and overly difficult. Instead of using a colander, use tongs to scoop the spaghetti from the pot directly into the sauce. This method will unavoidably add some starchy pasta water to your sauce, which will enhance the flavour and texture.

Italian chefs who know their stuff would never, ever rinse cooked spaghetti with cold water. Not only is it not necessary to rinse spaghetti after draining it, but doing so may actually reduce its flavour. The extra starch that remains on the noodles after they have been properly drained gives them shape and flavour. Noodles that haven't been rinsed retain part of the starch that normally cooks out into the water, which makes it simpler for spaghetti to hang onto the sauce you're serving, resulting in more flavoured spaghetti.