These aromatic varieties, which go beyond Basmati and Jasmine, will pleasantly surprise your taste senses

One of the most consumed foods in the world, rice is the main ingredient in many different cuisines around the world. After China, India is the country that consumes the most rice, using more than 100 million tonnes annually. India not only consumes a lot of rice, but they also produce a large number of different types of rice. The popular aromatic rice types Basmati and Jasmine may be familiar to you. It's time to learn about some of the most well-known fragrant rice from various parts of India.

Ambemohar rice, a type of short grain rice produced in Maharashtra, is well known for both its quick cooking time and its lovely perfume, which is reminiscent of mango flowers. Mulshi Ambemohar rice, which has a GI tag, is particularly well-known in the state as a long-standing traditional rice that was greatly favoured by the Peshwa emperors.

Mullan Kazhama, a fragrant rice from Wayanad that is wonderful in pal payasam and Malabar biriyani, has a taste and scent that are a little out of the ordinary. Only a small number of organic paddy farmers now grow a variety of this fragrant paddy in the lush Wayanad district of Kerala, whose scent transcends even the field. Gobindo Bhog, a recently discovered small-grained, fragrant rice from West Bengal, is categorised as a khaas dhan (special grain), and as such, got its unusual name. It is the preferred offering for Lord Krishna on Janmashthami. It is frequently used for auspicious offerings, pujas, and festivals and tastes extremely delicious when made into payesh, the Bengali equivalent of rice kheer.

Seeraga Samba is a beloved rice in Tamil Nadu that is frequently used to make exquisite pulav for special occasions. It is a thin rice with a wonderful smell. In fact, Dindigul biryani and Ambur biryani, two of the state's most well-known biryanis, share this coveted ingredient. Interestingly, compared to all other paddy kinds farmed in Tamil Nadu, this rice commands a greater premium!

Mushk Budji is a short-grain rice that is grown in the Kashmir valley and has a beautiful aroma. It used to be a standard on wedding menus in the state. However, it has been pushed to the brink of extinction by years of obscurity and declining profits. The good news is that the state's agriculture agency has begun focused efforts to promote regional cultivation of the distinctive rice and its re-entry into the commercial realm. 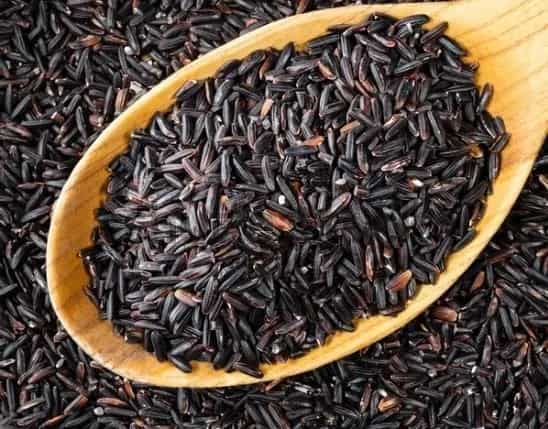 Radhuni Pagol, a fragrant rice with a name that literally translates to "making the chef go crazy," is a favourite dish in West Bengal but is little-known beyond the region. When paired with rich gravies like kosha mangsho and chingri malai curry, this light-tasting rice is the ideal meal. It's interesting to note that wild celery, a spice specific to the regional cuisine, is likewise known in Bengali as "radhuni."

Chak Hao Amubi is a fragrant kind of sticky black rice found in the hills of Manipur. It has a mildly sweet, nutty flavour that is accentuated in the Manipuri black rice kheer. What a delicious kheer this is. A soft fragrance fills the house as the milk boils and the kheer turns a lovely shade of purple. It's apparent why it's a standard dish during celebrations and feasts in the area.

Jasmine Rice: Here’s How It Can Be Beneficial For You

From Basmati To Bamboo: The Rice Map Of The World