From being an overweight kid to adopting a healthy lifestyle, Arjun Kapoor has come a long way While working out is definitely an important part of developing a healthy lifestyle, maintaining a diet is equally important. And this star kid understood it sooner than later. Arjun Kapoor started his career by assisting film directors, but later realised that he was born to shine onscreen and took to acting. However, it was his extra kilos that came in the way of his dream. Working hard on himself and his physique, the actor began training his body in the right way. Not just that, he even paid attention to the nutritional elements in his diet. From weighing about 140 kgs at one point of time to reducing approximately 50 kgs in a matter of four years, Arjun’s weight loss journey serves as an inspiration for many.

Not only is his weight loss transformation very inspiring, he is also very strict about following a healthy routine to maintain his body and form. For the Ishaqzaade actor, food was a source of comfort and solace, according to his interview with the Times of India. He believes that people indulge in such unhealthy foods to relieve themselves temporarily but then it becomes a vicious cycle. Apart from his body, he has also trained his mind to eat healthy. Keeping a tab on his calories with his nutritionist, Arjun tries to eat at least four meals in a day which consist of proteins and fibre. 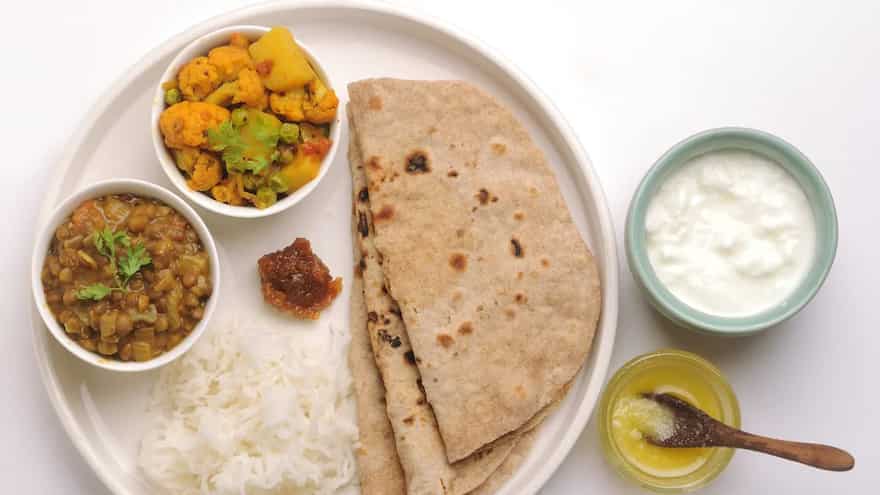 Mornings usually start with some egg whites made into a mush or a rich and creamy smoothie for breakfast, as per a report by GQ India. For lunch, he prefers to have a balanced meal, which includes bajra roti, dal, and a vegetable. Lean meats like chicken are also a part of his diet. These provide him with adequate nutrition and energy to function through the day. In order to avoid carbs, his meals often substitute rice for things like quinoa which is healthier. Snacking is a high-protein meal for Arjun, packed with lettuce turkey wraps or protein pancakes.

Dinner is usually the lightest of all meals, generally comprising quinoa with fish. While this is what he eats in a day to maintain those abs, he also works out at least five times a week to keep himself in shape. Other than this, Arjun abstains from sugary foods and carb-loaded meals barring the cheat meals which usually are either butter chicken, pizza or mac, and cheese. While the actor does believe in fitness and healthy living, he doesn't shy away from indulgences once in a while like on his recent Parisian vacation. Malaika Arora and Arjun have painted their social media with culinary treats from the city, be it their French toast or extravagant brunches comprising of burgers and fries.

4 Desi Dishes To Add To Your Weight Loss Diet