This is not Arjun’s first time showing love for Lebanese food. In the past, Arjun donned the chef hat and cooked his favourite Lebanese dish for a scene in R. Balki’s Ki And Ka, in which the actor starred opposite Kareena Kapoor. Every once in a while, we need a break from our plate of dal chawal and try food from a new cuisine. Whether it’s Thai, Japanese or Lebanese food, every cuisine enriches our knowledge about the culture and culinary history of that region. While we all might end up picking our favourite global cuisine after a few instances of cuisine hopping, we are sure to learn about the spices, ingredients and recipes that brew in lands, far away from ours. To try a bite of a dish from another land’s cuisine is to plunge temporarily in to the culinary heritage of that land.

Celebrities have to travel far and wide to shoot movies and they get to taste global cuisines quite frequently. With time they also settle on a particular global cuisine that they choose as their favourite. For Arjun Kapoor, that cuisine is Lebanese. Lebanese cuisine is the culinary practice and traditions originating from Lebanon. The Lebanese cuisine includes an abundance of whole grains, fruits, vegetables, fresh fish and seafood. In Lebanon, poultry is given preference over red meat, and when red meat is eaten, it is usually lamb and goat meat. One of the most famous Lebanese dish that has found an easy spot on the menu of city cafés is hummus and pita bread. 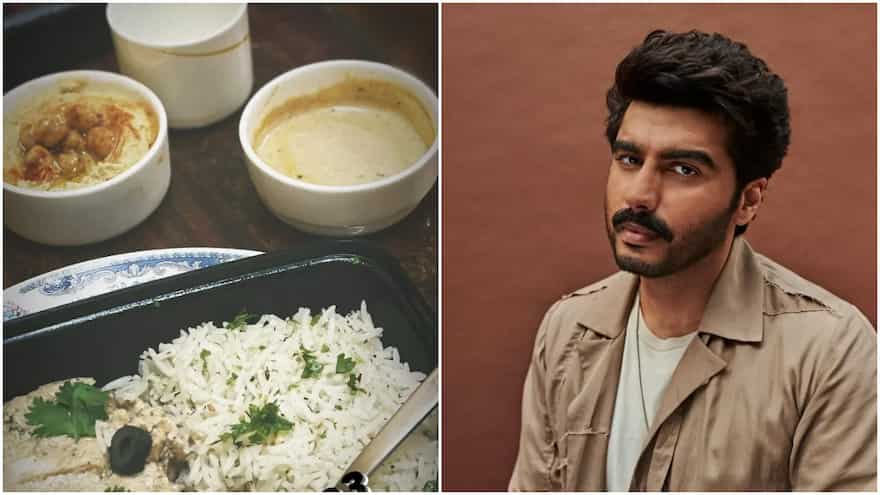 This is not Arjun’s first time showing his love for Lebanese food. In the past, Arjun donned the chef hat and cooked his favourite Lebanese dish for a scene in R. Balki’s Ki And Ka, in which the actor starred opposite Kareena Kapoor. A lot of planning went in to this little cooking escapade, as the actor even requested the chef of his favourite Lebanese restaurant at Taj to come to the sets and teach him how to prepare it. Many scenes were shot in the movie that had Arjun cooking and surprisingly, Arjun wasn’t just acting like he was cooking. The actor actually cooked the Lebanese dish, for a scene in the movie, which was later relished along with the rest of cast and crew once the scene was successfully shot and wrapped. Arjun had cooked a dish called the 7 spice Arabic chicken, his favourite Lebanese dish.

One of the easiest dishes to try from the kitchen of Lebanese cuisine, is hummus. If you want to give Arjun Kapoor’s favourite cuisine a try, make this dish by following a recipe given by Chef Sanjeev Kapoor: