Lately, the annual Ziro Music Festival held amid the rolling blue mountains in Arunachal Pradesh has garnered everyone’s attention - from artists to tourists. But if you aren’t into music and also do not believe in hopping in and out of cafés to explore the local flavours, we suggest you take a walk down the many villages in Ziro Valley, located in the Lower Subansiri district. Known for their unique nose plug and face tattoo tradition, this valley is home to the famous Apatani tribe. What’s also interesting about this indigenous group of people is their cuisine and styles of cooking. Their extraordinary ways of preserving the ecology has in fact found the ‘Apatani cultural landscape’ a place on the tentative list for UNESCO’s World Heritage Site.

Rice and fish dominate the culinary traditions of the Apatanis, with pork and vegetables also forming part of their staple diet. For the longest time, this rural community has meticulously followed sustainable agricultural techniques. Water is fetched from the rivers and streams to cultivate rice in the hilly slopes using the terrace farming methods. Meanwhile, the vegetables and leafy greens they eat are also grown locally. They mostly prefer boiled or steamed food, and use very little oil, spices and salt in it. Just green chillies, ginger and hiiring (or fermented bamboo) often do the trick for them.

It is said that due to the scarcity of salt in olden days, local people were compelled to depend on alternatives to balance their iodine requirements. This eventually led to the legendary salt-making process that every home practised. The homemade brownish salt is called Tapyo, and it is made using local herbs and grasses, such as Sarshe or Pepu. This tradition dates back over 100 years, and is considered a very important aspect of the Apatani food culture. Even to this day, many people in the valley still prefer to take salt or Tapyo separately while eating instead of adding it to the food while cooking. 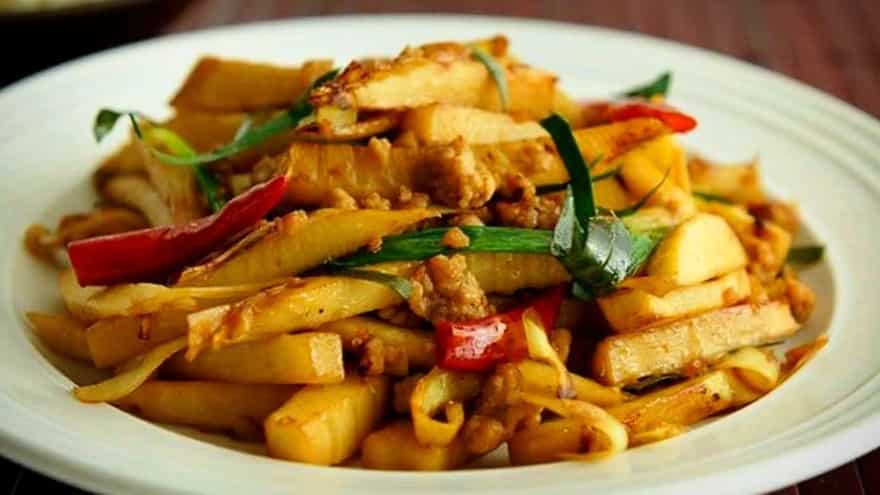 The tribal community revels in the taste of aged meat. Typically, every household in the villages preserve pork chunks for months and sometimes even for years. Slow-cooked pork stew, called Doriibyu, is a popular delicacy here. People prefer cauldron and firewood to modern wok or kadai for cooking. You’ll also find a metal strip equipped with a curved blade, called bonti, in the kitchen, along with decanters and goblets made from dried, hollow pumpkins and gourds, called pinta and yaju. Meat, they say, tastes better when smoked than barbecued. Chicken smoked in bamboo is known as Sudu Panii.

Among the other local culinary gems are Hiile Pila (a type of salad that includes local greens, chillies and sometimes a bit of pork fat). Pikey Pila (a condiment prepared using sun-dried and burnt leaves, grasses, shoots and stems) is a definitive aspect of Apatani cuisine. Of course, Apong (or the fermented rice beer) deserves a special mention when it comes to Arunachal’s local flavours and aroma. 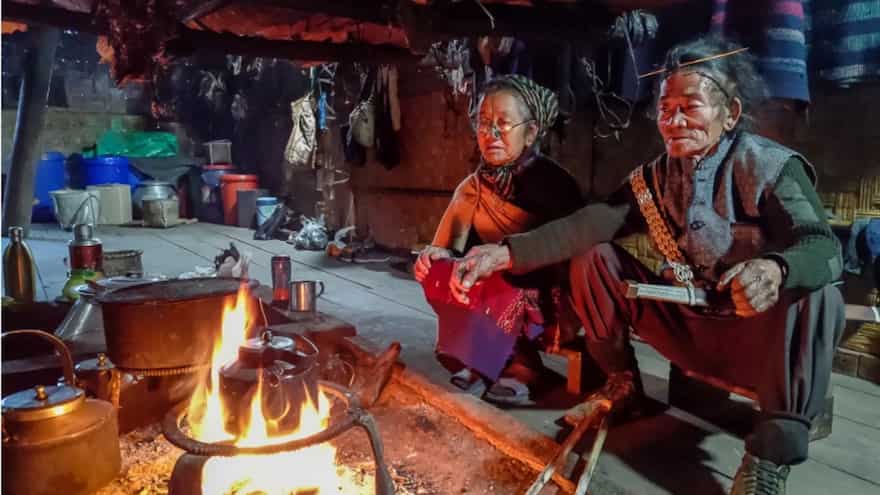 The Ziro Valley is a treasure trove of unique ingredients, greens, vegetables and fruits. Byako (or small eggplants) are known for their bitter taste, but they constitute a well-loved dish of the Apatanis. Salyo, which tastes a lot like Sichuan pepper after its ground into a powder, is a fruit that comes from a pine-like tree. It’s a top pick for seasoning in the state. Hiika hamang (or the fiddlehead fern, which is famous throughout Northeast India) is harvested in Ziro in huge quantities. Tender ferns picked and stir-fried make for a delicious side dish.

These aside, boiled rice wrapped in leaves is a must on the plate during the major meals of the day, while momos and noodles continue to be the favourite snacks among the young and the elderly.

Taste the Magic Of Indian Cuisine In Suriname

Exploring The Gems From Mizoram's Cuisine