Anushka Sharma’s ‘Biscuit Review’ Series Has Got Us ‘ROFLing’ 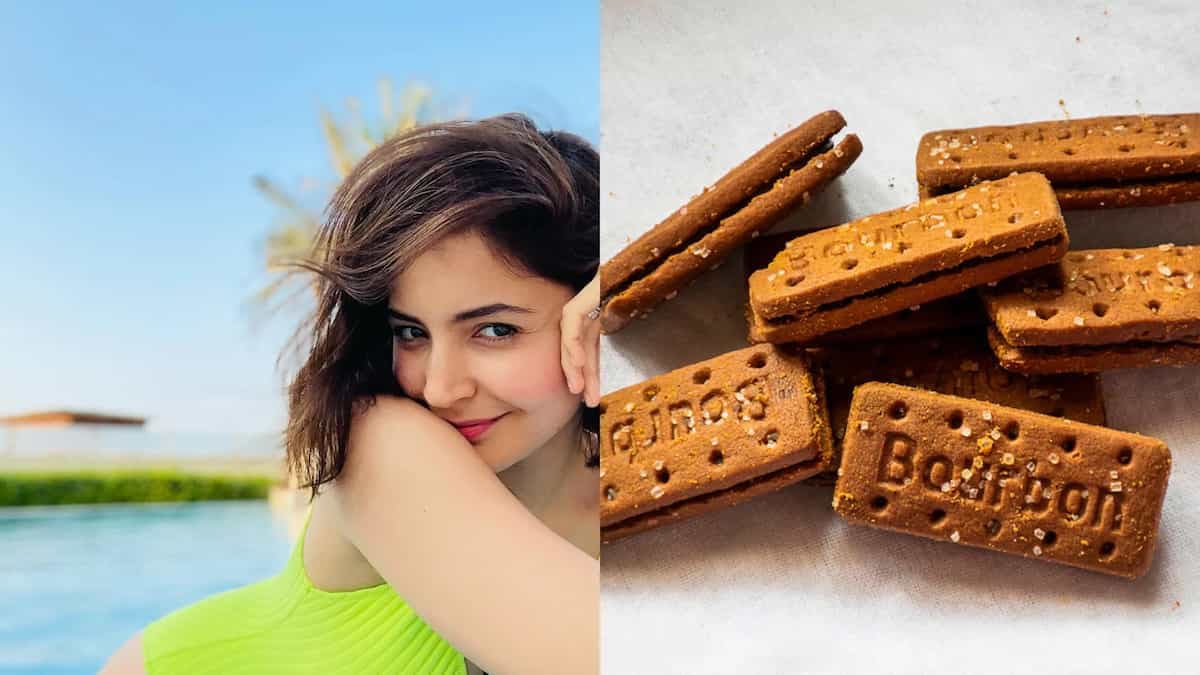 Actor Anushka Sharma is currently in the UK wrapping up the shoot of her upcoming film Chakda Express, due to which she couldn’t join her husband, cricketer Virat Kohli, for the Asia Cup Tour. Like most of us, she too watched the historic match where Virat scored his 71st century on TV. But then to say that she didn’t have an eventful day would be a bit of a stretch, given she donned the role of the most interesting food critic in town. A few days ago, she had shared the image of her biscuit dabba, and then later she reviewed each and every biscuit inside with her hilarious, relatable take.

She started with “the famous jam biscuit”, which she dismissed for being too “dry and flour-y and jam not sweet enough”. She gave the biscuit a 2/5 and said that there are better varieties available in India. She, then, moved to the rectangular shortcake, which on its own is “OK-OK”, but with Black Yorkshire tea it is apparently “yummm”, she gave this biscuit a 3/5. She was a little kinder to the Custard Cream “I see you I see you! Now this is what you need! A sure shot pick-me-up”. She called the biscuit reliable and comforting like one’s mom/primary caregiver. Now that’s high praise, right? She gave the biscuit a 4/5.

Then she moved on to Ginger Nuts and she was in no mood to mince her words. Calling it the “fiery one” she absolutely dismissed the biscuit. “This was a mistake! If you are heavily into ginger and like a foul taste after feeling it in your mouth, this biscuit is perfect for you”. She gave the biscuit a 0/5. Ouch!

And the winner is...

Bourbon! Bourbon are two chocolate biscuits sandwiched with a layer of chocolate cream, sprinkled over with sugar. “Ye aap ko apna accha childhood yaad dila de aur aapka difficult adulthood bhula de! Great on its own and with tea/coffee”, she wrote in appreciation for the biscuit. Calling it crisp and sweet enough. She gave the biscuit a 5/5.

Now, wasn’t that one fun review? This is not the first time Anushka has expressed her love for baked goods in Europe. Remember the croissant war she engaged with actor Parineeti Chopra when she was in France. Well we hope to see more such hilarious views very soon.

Anushka Sharma Had A ‘Pawsitive’ Morning, Thanks To This Drink

All About Anushka Sharma's ‘Breakfast Date’ In England