Amp Up Your Dinner Palette By Trying These Korean Dishes

For all the K drama lovers, here are some dishes you can enjoy for your dinner and have a good time!

Korea has captured the world with its K-dramas and K-pop. Their dramas are well-known throughout the world, and 'BTS,' the well-known Korean boy band, is growing in popularity by the day. Korean cuisine is not far behind in attracting a wide following. Their cuisine is full of delectable and mouth-watering dishes. Korean cuisine has changed throughout the centuries as social and political conditions have changed. Korean cuisine shows a complex interaction of the natural environment and numerous cultural influences, and it stems from old agricultural and nomadic practices in Korea and southern Manchuria. Rice, vegetables, fish, and meats are the main ingredients of Korean cuisine. The typical Korean diet excludes dairy products. The quantity of side dishes served with steam-cooked short-grain rice gives traditional Korean meals their names. Nearly every meal includes kimchi. Sesame oil, doenjang (fermented bean paste), soy sauce, salt, garlic, ginger, gochugaru (pepper flakes), gochujang (fermented red chilli paste), and napa cabbage are some of the most commonly used ingredients.

Try these Korean dishes for dinner-

Kimchi is a popular Korean side dish that is widely available in India. Kimchi can be found in tinned boxes or sachets in large stores. It's a Korean salad made with fermented cabbage known as 'Baechu.' This tangy-spicy delicacy is made with fermented cabbage and seasonings such as Korean chilli powder, green onion, and garlic, salt, and other spices. Kimchi pairs well with major courses at lunch or dinner. Ramen is the most popular Korean dish, and it is particularly popular among millennials. These instant noodles are available in every Korean street food shop and have now made their way to India. Korean Ramen is widely available in supermarkets and may even be ordered online. Ramyeon is the Korean version of instant ramen. Ramen can be instant or fresh in Japan, whereas ramyeon is always instant in Korea. Korean fried chicken, or chikin in Korean, refers to a variety of fried chicken dishes created in South Korea, including the traditional huraideu-chicken and the spicy yangnyeom chicken. Fried chicken is eaten as dinner, as an appetiser, anju (food served and eaten with drinks), or as an after-meal snack in South Korea. It is first marinated with a variety of ingredients, then deep-fried twice to make it extremely crispy, and finally coated with a glaze made of soy sauce, garlic, and honey. Somaek is a sort of beer that goes well with Korean Fried Chicken. Bibimbap is a Korean rice dish that means "mixed rice." It is also known as bi bim bap or bi bim bop. The term "bibim" implies a mixture of rice (burned rice at the bottom of the dish and cooked rice), whereas the word "bap" means rice. Warm white rice is eaten with namul (sautéed and seasoned veggies) or kimchi (traditional fermented vegetables) and gochujang (chilli pepper paste), soy sauce, or doenjang (a fermented soybean paste). Sliced meat and a raw or fried egg are common additions. Just before serving, the hot meal is completely mixed. 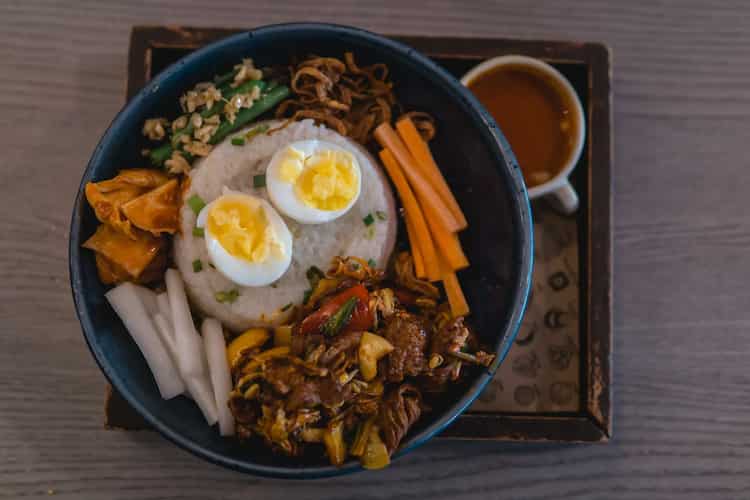 Korean Mandu is very similar to the Momos. Mandus is stuffed with vegetables and meat or chicken. They're served steaming, deep-fried, or in soup. Mandus is accompanied by a unique sauce made of chilli, soy sauce, and vinegar. 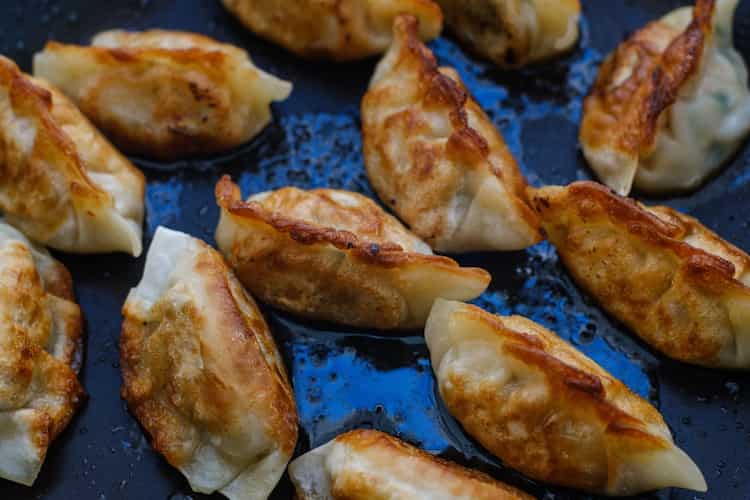 The Best Places For Korean Food In Delhi