Aloo Kebab is one of the tastiest vegetarian variations of the kebab which originated in Turkey. Aloo Kebab uses onions, fresh coriander and host of Indian spices which make it scrumptious And you thought the kebab was Indian? No, it isn’t but some of the variations like the Aloo Kebab certainly are. While Kebab or kobab or kabab (all meaning the same with the only difference being in spelling and pronunciation) originated in the Turkish royal kitchens, it was later brought to India and popularised by the Mughals. Aloo Kebab is one of the many variations that can be prepared easily and tastes absolutely divine.

The word ‘kebab’ itself means ‘to roast’. It is said, that soldiers at war used to grill chunks of meat of freshly hunted animals, skewed onto swords on open fires. Kebab’s first written reference is found in ‘Kyssa-i Yusuf’ in 1377 which is also the oldest known source of the delicious succulent dish.

While the kebab is traditionally meant as a meat patty mixed with spices, variations now include use of mashed or grated boiled vegetables like potatoes, carrots, peas and beetroots too. The softer the kebab the tastier it is. However, some like it crunchy too as this recipe of Aloo Kebab suggests. Try it out 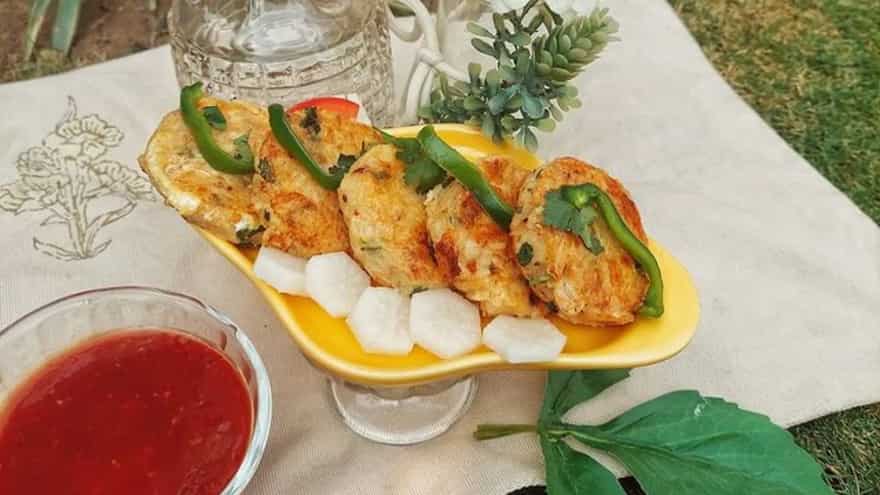 While Aloo Kebabs can be irresistible to vegetarians, it is important to remember that fried potatoes are calorie dense. By contrast, baked potatoes with a light dressing or a dip are just as tasty and contain one-quarter of the calories of the fried version.