All You Need To Know About The Delicious Cremini Mushrooms White button and portobello mushrooms, as well as cremini mushrooms, are easily available in the market. They have a stronger flavour than white mushrooms but aren't as huge as portobellos. However, what exactly are creminis? Is it possible that these are the same as baby bella mushrooms? Consider this a quick guide on anything cremini.

What are cremini mushrooms?

How to use cremini mushrooms?

As you can see, their flavour is tied to their age, and both of these factors are negatively related to their moisture content. In short, the mushrooms become drier and more delicious as they mature. And it's getting browner. Pastas, soups, casseroles, risottos, omelettes, quesadillas, tacos, tarts, bruschettas and salads, as well as sauces and gravies, are all delicious with cremini mushrooms. Despite the fact that this is only a small list, it still fails to capture the breadth of cremini mushroom applications. You may cook them in a variety of ways, including sautéing, roasting, baking and simmering, as well as serving them raw. 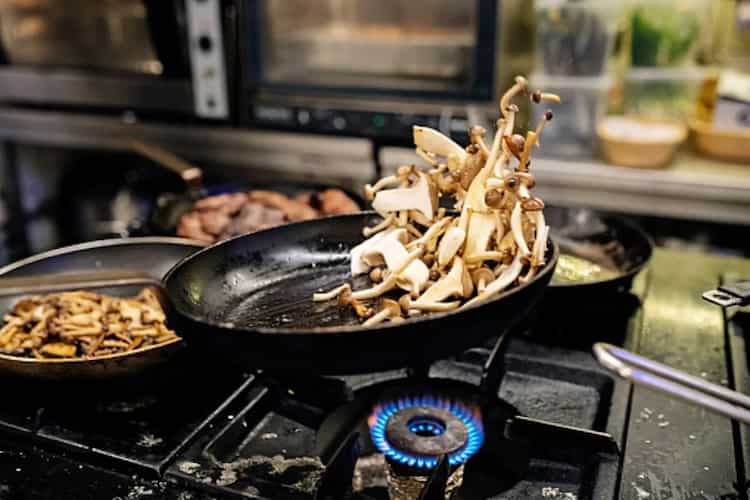 White mushrooms, also known as button mushrooms, are the least mature variety of this mushroom. While they unmistakably taste like mushrooms, with earthy, meaty, and brothy notes, their flavour is very moderate. However, as they age, not only does their colour change from pale white to a medium cocoa brown but so does their flavour. This is due in part to the fact that white varieties have a somewhat higher water content than creminis. The flavour becomes more intense as the water content decreases. Also, as the mushroom matures, the flavour chemicals within it intensify, which is why creminis have a much stronger mushroom flavour than white mushrooms.

How to clean and store cremini mushrooms?

What is the most effective method for keeping cremini mushrooms fresh? And, after you're ready to cook, how do you clean them? Here's what you need to know.

Keep the mushrooms refrigerated in a paper bag: You can keep them in the container they came in, but a paper bag is the best method to store mushrooms. Why? They can breathe because of the paper. To ensure adequate ventilation, place them in the refrigerator's main compartment.

Fill a large mixing bowl halfway with water. Toss the mushrooms in the water for a minute or so, until most of the dirt has settled to the bottom. Remove from the bowl and pat dry.

Simply throw the mushrooms in a strainer and sprinkle them with water until all of the dirt has been washed away. The mushrooms should then be patted dry. Make sure not to soak the mushrooms in either method: remember shower, not a bath. You should remove the mushrooms from the water as quickly as possible