Vegetables skins don’t land in dustbin of Bengali kitchen, but are turned into delicious dishes Zero waste, sustainability, and food security have been the most popular topics in recent sustenance trends. Eateries across the globe have adopted these fads, contributing their bit to mitigate the wastage. However, if one gives it an in-depth analysis, many regional kitchens in our country would emerge as champions of such practices for ages. Not bragging about my Bengali roots, but I have grown up seeing how the peels or outer skin of many vegetables never made to the dustbins. Instead, the women of the house would prepare appetising dishes with these peels called khosha (in Bengali). It has been a common scenario in the Bengali kitchen to cook an assortment of peels, including skins of potato, ridge gourd, bottle gourd peel, green banana peel, and many others. At times it would be a fried item (bhaja). At others, it would be chutney (bata).

Cooking with expelled ingredients isn't restricted to any particular social strata. Even the elite families of Bengal relish such dish with equal love. Apart from ensuring zero waste in the kitchen, there is another side to retaining the peels, i.e., getting the maximum nutrition. Around 50 years back, in her book Tasty Dishes from Waste Items, the author, Aroona Reejhsinghani, resented people's disposition to discard vegetables' peels and rinds. In reality, these thrown-away parts contain numerous valuable vitamins and minerals. A few advocate that the tradition of cooking the vegetable skins in Bengal is associated with this state's frequent face-off with famine, foreign invasion and partition. These adverse situations tattered the economy time and again. Perhaps, such incidences made the women of this region being creative with limited resources of food items, including vegetables. Whatever might have been the reasons, now these dishes are an inseparable part of this state's cuisine.

Let's learn a few peel-based delicacies you can indulge in from the Bengali kitchen.

Chhachra, a staple dish made with oodles of veggies and peels, needs a special mention. It tastes heavenly, while the ingredients can be very basic, including vegetables and their thickly cut peels (with enough flesh attached). The dish also adds stems of thrown-away or leftover vegetables, especially green gourd and potato. 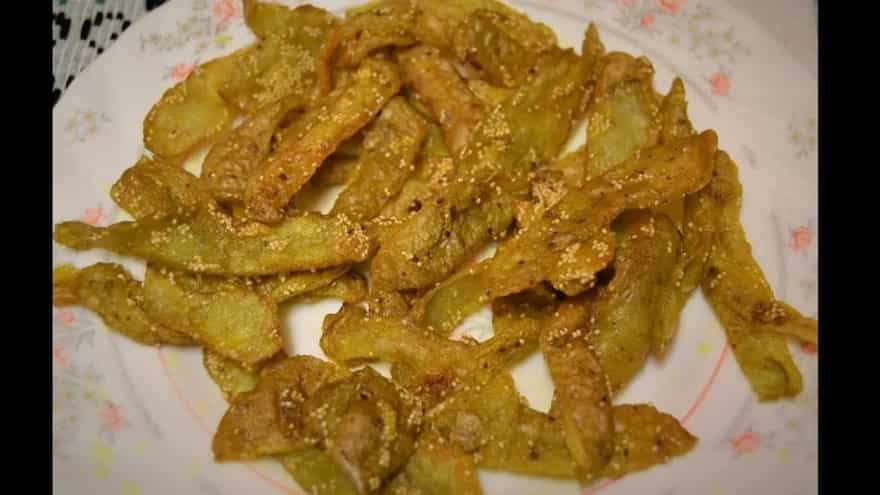 Potato peels are a rich source of vitamin B, vitamin C, iron, fibre, and many other nutrients. The recipe for alur khosha bata uses potato skins in the healthiest way possible. Ideally, the skin is thoroghly washed and soaked in water for 15 minutes. Then the peels are taken out and steamed for 10 minutes. Once they cool down, they are ponded into a paste along with green chillies, coriander leaves, garlic and salt. The paste is then tempered with mustard and nigella seeds and cooked for a while.

It's absolutely drool-worthy comfort food for any Bengali. Often the skin of the bottle gourd or lau is finely sliced (julienned). Then it's washed, and the extra water is drained. With black cumin tempering, the finely sliced lau khosha is stir-fried, and the finishing touch is given by adding poppy seeds, sugar, and salt to taste.

Are you excited to try such zero-waste food preparations?

Twinkle Khanna Eats Her Citrus Peels, Top Reasons Why You Should Too (And How)

Zero-Waste Kitchen: How To Use Fruit Scrapes For Cooking