Adrak is a Hindi word for ginger, and it is indeed something you keep away from desserts in regular Indian fare, but Halwas and Laddoos have always been the daring rebels, haven't they?

If you have not tried halwas beyond the standard suji and gajar, then the mere idea of Adrak ka Halwa may come as a shocker to you. Adrak is a Hindi word for ginger, and it is indeed something you keep away from desserts in regular Indian fare, but Halwas and Laddoos have always been the daring rebels, haven't they? If Adrak ka Halwa makes you queasy, bear in mind that we live in a country that is also renowned for Mirchi Ka Halwa, Gosht Ka Halwa, and more. High time you drop your inhibitions and give these bold delicacies their fair chance at least?

Adrak Ka Halwa is a Rampuri delicacy. Located in Uttar Pradesh, Rampur used to be a princely town that played a pivotal role in furthering the ‘Ganga-Jamuni’ culture of the Indian subcontinent. It is essentially the culture of harmony, and peaceful association among different religious communities of India; a significant component of which is evinced in Rampur's cuisine. For example, something as simple as Mutton curry would amalgamate Hindu and Muslim cooking styles, be it the spices used or the cooking technique adopted. Ironically enough, this delightful mishmash makes the Rampuri delicacies so unique.

The royal cooks of Rampur were also known to be very intelligent. They knew how to adapt to new ingredients and understood local and seasonal things. The royal cuisine of Rampur dates back to 1774, and Nawab Faziullah Khan ruled the princely state under the protection of the British Commander, Colonel Champion. As per a popular legend, when one of the descendants of the Nawab was told to include more ginger to the royal menu by his Hakeem (health advisor) to keep him healthy, he wasn’t so pleased. The pungent flavour of ginger was so off-putting to the nawab that he would avoid it every time.

This put a lot of pressure on his royal cooks, who now had to think of creative ways to make him eat his daily dose of ginger. So they rustled up a dessert by boiling grated ginger with milk, sugar and desi ghee. They stirred it until it became a nice, smooth porridge-like dessert and served it to the king with the addition of nuts. The aroma of ghee and generous use of milk and sugar masked ginger's pungent flavour and aroma. The King did not only take the bait, but he couldn’t tell the presence of ginger until it was revealed later. Since then, it has become a unique item in Royal cuisine.

The halwa has a smooth texture, but it is also adequately bitey. The addition of zaffran lends an exquisite royal touch, and nuts like almonds, cashews and chironji, can offer a lovely crunch. Would you like to try this lovely halwa? Do let us know. 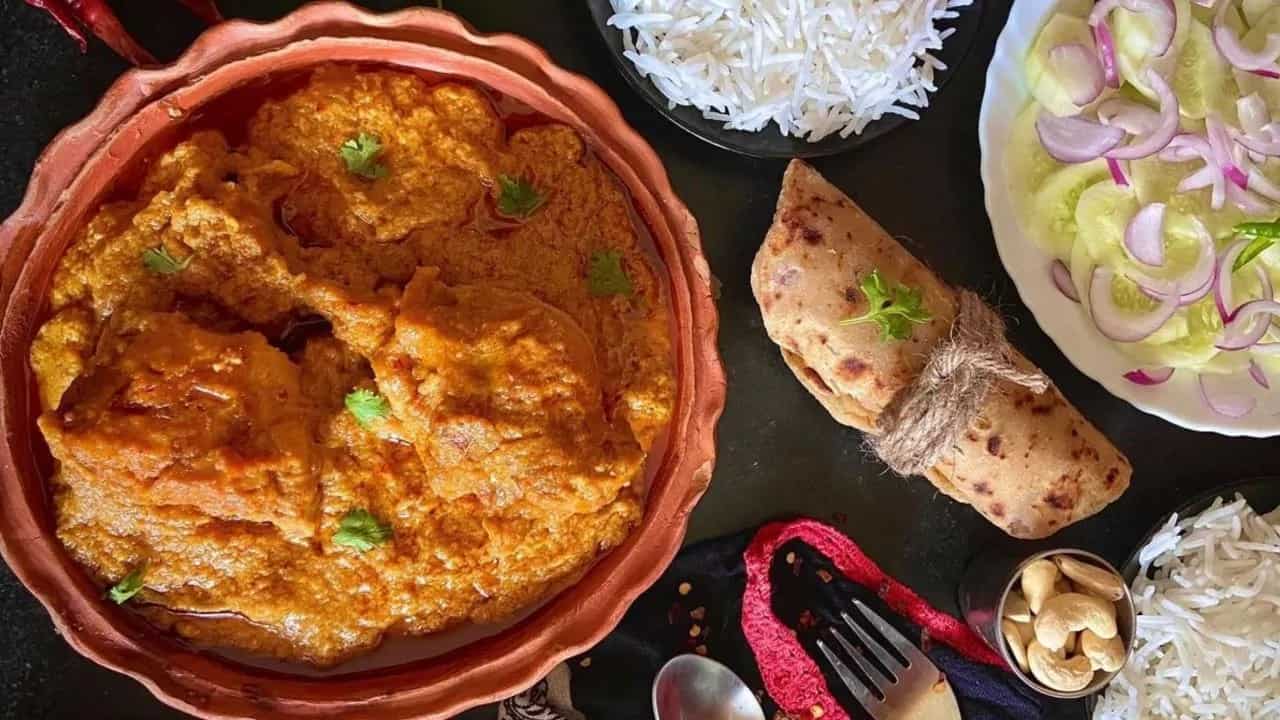