This may come as a surprise to individuals who have grown up believing that a hearty breakfast is essential in the weight loss process. This may come as a surprise to individuals who have grown up believing that a hearty breakfast is essential in the weight loss process. According to a recent study, this misconception has been completely debunked. According to the argument put forward, practically every cell in the body follows the same 24-hour cycle that we do. Circadian clocks can be located all over the body and regulate the daily cycles of most biological systems, including metabolism. Because of these metabolic rhythms, scientists have argued that the way we metabolise food varies throughout the day. This area of study is known as "chrono-nutrition," and it has the potential to significantly enhance people's health.

Two 2013 research found that eating more calories in the morning and fewer calories in the evening helps people lose weight. A large recent study, however, discovered that while the relative size of breakfast and dinner increases self-reported appetite, it has no effect on metabolism or weight reduction. A team of researchers from the universities of Aberdeen and Surrey conducted a controlled study on healthy but overweight persons to investigate the relationship between the size of breakfast and dinner and their effect on appetite. For four weeks, the participants were fed two diets: a large breakfast and a little dinner, and a modest breakfast with a large dinner. We kept the same lunch. We supplied all of the meals, so we knew exactly how many calories the participants in the research consumed. We measured the participants' metabolism, which included counting the number of calories they burned. All study participants adhered to both diet regimens, allowing researchers to assess the impact of different meal patterns on the same people.

We projected that eating a large breakfast and a light dinner would boost the number of calories burnt and the amount of weight lost. Instead, no variations in body weight or biological indicators of energy utilisation were detected between the two meal patterns. Energy utilisation was measured using basal metabolic rate (how many calories your body uses at rest), physical activity, and the use of a chemical form of water that allows the calculation of total daily energy use. There were also no variations in daily blood glucose, insulin, or lipid levels. This is significant since variations in these blood variables are linked to metabolic health.

Our findings are comparable with short-term (one to six days) meal-timing studies in which individuals spend the whole trial in a laboratory respiratory chamber (a small, airtight room outfitted with basic comforts). The findings show that the way our systems digest calories in the morning versus the evening does not affect weight reduction in the way that previous studies have suggested. 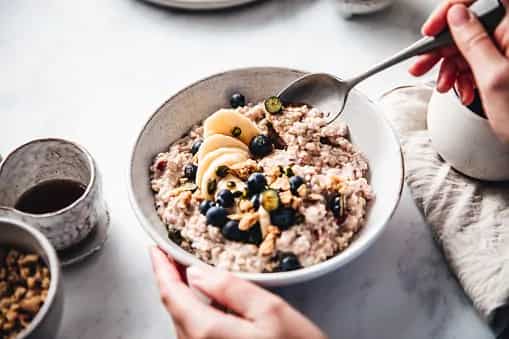 Participants in the study were also given the option of choosing the exact timing of each meal. Despite this, there was only a minor difference in timing between each meal pattern. Chrono-nutrition research continues to be interesting, and there is growing evidence that meal timing can play an essential role in improving the health of many people. Our most recent research, however, suggests that the time of day you consume your largest meal is not as significant for weight loss as previously thought.

Breakfast The Turkish Way With This Borek Recipe