6 Places Every Biryani Lover Should Try In Delhi

if you are a biryani lover and wondering where you can head to for the same in Delhi, we’ve got your back. Biryani, the word itself is enough to get many foodies slurping. I’m no different. In fact, I’m one of those who might feel full for a whole meal but tell me there’s Biryani for dinner and my appetite will make space on its own. The rich and aromatic rice dish is enough to take over our diet plans, it can also take any party menu a notch higher. Picture a plate full of juicy, succulent meat combined with rice and aromatic spices, didn’t you slurp? No wonder even our Bollywood celebs can’t resist this meaty delicacy. From Janhvi Kapoor, Farah Khan to Bipasha Basu, many have been vocal for their love for the one-pot delight.

And while a lot of cooking enthusiasts can try their hand at making biryani at home, a discussion on where the best biryani is in the capital is something that always manages to divide the room. So if you are a biryani lover and wondering where you can head to for the same in Delhi, we’ve got your back. The capital city is home to many interesting dishes, yet biryani has our heart. And so we got out to search for some of the best ones out of the whole lot, so you get to the best ones.

There’s a reason why people flock from all over the city for the biryani here. Lcoated in Oragati Maidan, this place only opens in the evening and served biryani in kilo. Be it the Chicken biryani or the Mutton one, both are popular.

Delhi’s mini-Bengal, Chittaranjan Park is home to many culinary delights, one of them is the irresistible Kolkata Biryani and perhaps Kolkata Biryani House is the closest you can get to having authentic Bengali Biryani in Delhi. The place is famous for many other Bengali treats but the rice dish with meat and potatoes is unmatched. 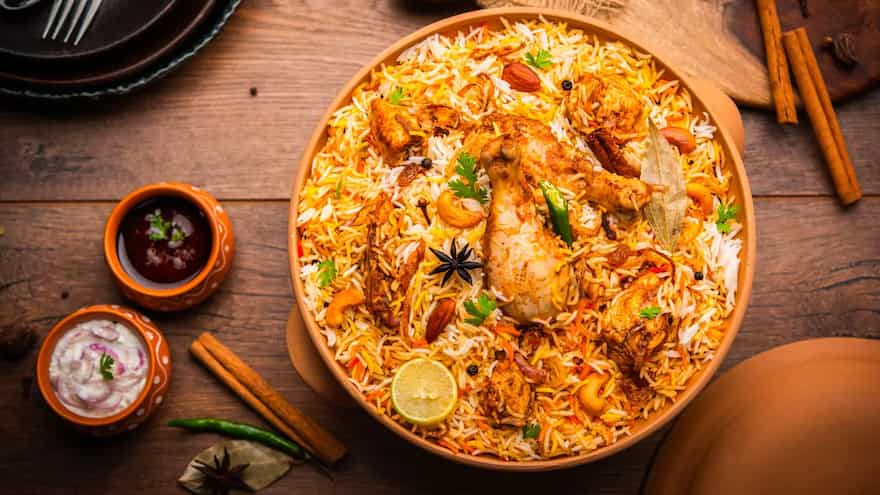 If you are a Delhiite or know the food space of the city, you would know that no food walk of the city is ever complete without traversing through the lanes of Old Delhi and to Jama Masjid. It is a heaven for non-vegetarians but Dil Pasand, is for biryani lovers. Rich, greasy and flavuorfuk, the biryani here might give you a whiff of kevda but is a must try. One bite and you’ll know that Dil Pasand stands true to its name. 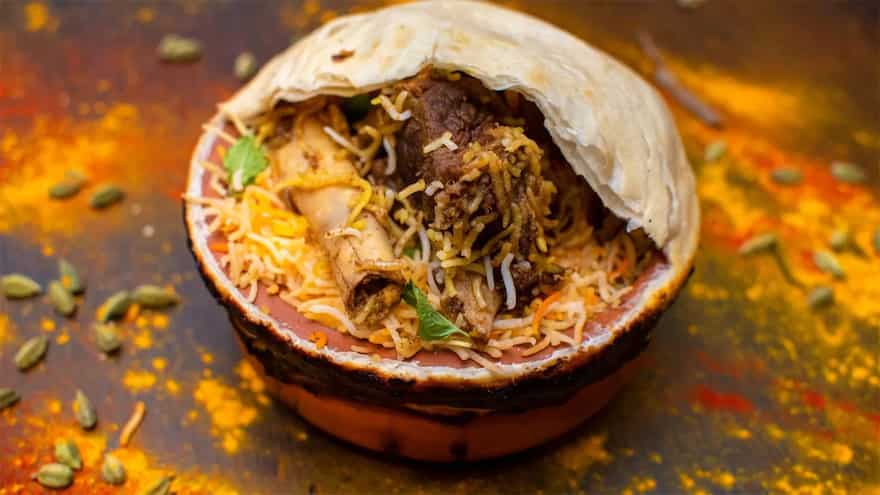 A hotspot for sufi souls, photographers and devotees, Nizamuddin Dargah, and its surrounding area is also a paradise for foodies. If you are craving Moradabadi biryani in Delhi, Nizamuddin is your best bet. Served with extremely hot chutney, ones who cannot take the spiciness, might want to miss and try other biryanis. 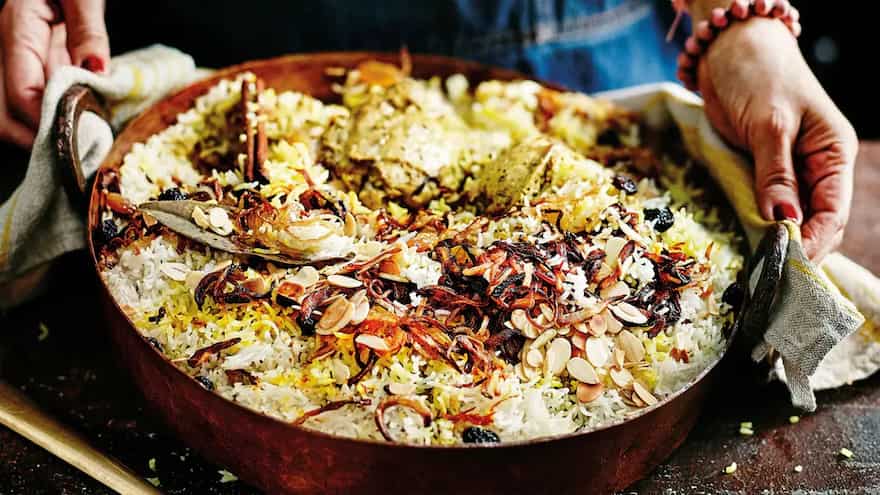 One of the most popular places for all things mutton and chicken, Al Jawahar has something that it has been serving since years and the popularity just doesn’t go down. And so is the case with its biryani. Tried yet? Sindhi Biryani: Biryani With Potatoes And Plum? This Colourful, Loaded Biryani Has Our Heart