Cirrhosis, nonalcoholic fatty liver disease (NAFLD), alcoholic liver disease, liver cancer, liver failure, and hepatitis are all illnesses that afflict many people around the world. Every year, liver diseases kill roughly 2 million people worldwide. Heavy alcohol consumption, high blood sugar levels, obesity, high blood pressure, infections, excessive triglyceride and cholesterol levels, and other risk factors all contribute to liver damage. Medication, dietary therapy, immunotherapy, lifestyle changes, surgical resection, and even liver transplantation are among the options for treating liver disease. Many people seek alternative therapies, such as herbal supplements, in addition to mainstream treatments in the hopes of improving and protecting their liver health. Here are the greatest herbs for liver health that have been studied.

Ginseng is a well-known herbal supplement with anti-inflammatory qualities. A variety of in vitro and animal studies have shown that ginseng has antioxidant properties and may help protect the liver from damage caused by viruses, toxins, and alcohol. Furthermore, it may promote liver cell regeneration following surgery. Furthermore, several human studies have suggested that ginseng medication may improve liver function, as well as reduce fatigue and inflammation in persons with liver illness and malfunction. 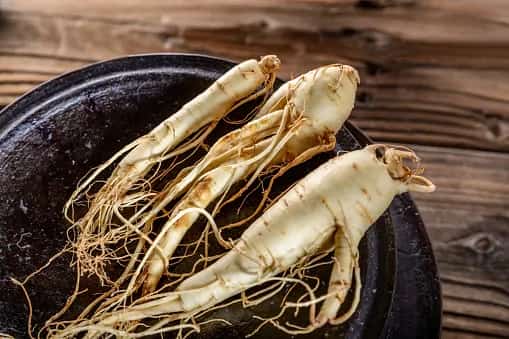 Green tea and its primary polyphenol ingredient, epigallocatechin-3-gallate (EGCG), are frequently included in literature reviews focused on herbal therapies for liver disorders, despite the fact that it is not officially a herb. Green tea extract supplementation may help treat liver illness, according to certain research. Green tea consumption has also been proven to protect against liver cancer, hepatitis, cirrhosis, fatty liver (hepatic steatosis), and chronic liver disease. Turmeric and its key ingredient curcumin have been linked to a slew of outstanding health benefits. Turmeric has potent anti-inflammatory, antioxidant, and anticancer effects, making it a popular choice for patients suffering from liver disease. Ginger root is a popular culinary ingredient as well as a popular therapeutic remedy for a variety of health concerns, including liver illness. Ginger root contains potent chemicals, such as gingerols and shogaols, that may regulate inflammation and protect against cellular damage, perhaps supporting liver function. Furthermore, ginger may help protect your liver from poisons such as alcohol. Although garlic is botanically classified as a vegetable, it is a common ingredient in many herbal treatments. It's high in antioxidant and anti-inflammatory plant chemicals like allicin, alliin, and ajoene, which may benefit liver function. A study also connected raw garlic consumption to a decreased risk of liver cancer. When compared to consuming raw garlic less than twice per week, eating raw garlic twice or more per week was related to a 23% lower incidence of liver cancer. Herbs: A Healthy Way To Enhance The Flavours Of Your Cooking