5 Most Expensive Spices In The World

But why do some spices cost more than others?

Looking for a sure-shot way to give your dishes a new and exciting twist? Simply adding a pinch of these spectacular seasonings to your regular dishes is the quickest and easiest way to spice up your recipes. India has attracted many foreign traders and invaders over time for its rich and exotic spices. Even today, India is one of the biggest exporters of spices.

But why do some spices cost more than others? Why are there some spices in your stash that are more valuable than the others, don't they fill the same purpose, i.e to heighten the flavour of the dish? The logic is simple, spices that are rare, difficult to grow, and the spices that are imported into your region entailing a complex process, are bound to be more expensive.

Here, we list some of the most expensive spices in terms of weight. You'll find options to add interest to all types of cuisines, as well as delectable desserts and mouthwatering mains, to help you experiment.

Saffron is prized for its delicate flavour and the lovely golden colour it lends to traditional Indian, Middle Eastern, North African, and European dishes. The delicate saffron stigma (strands) must be carefully extracted from the crocus sativus flower, which only blooms twice a year. Furthermore, because each plant only produces three stigmas, this process is extremely time-consuming. A single kilo requires approximately 250,000 flowers, and gathering them can take up to 600 hours of manual labour.

Given the high cost of saffron, it's tempting to use turmeric to colour rice and other dishes, but this won't provide the subtle flavour and rich colour that will elevate your dishes.

Fortunately, only a few saffron stigmas are needed to transform the look, aroma, and taste of a recipe, so use this precious ingredient sparingly to add an elegant twist to your culinary creations. Every part of the fennel plant is used in cooking all over the world. The bulb is most commonly used, either raw or cooked, for its delicate aniseed flavour. However, the minuscule flowers, known as 'pollen,' are prized for the intense flavour they add to a variety of dishes. The high price is justified by the flowers' scarcity and the labour-intensive harvesting process. However, as with saffron, a tiny pinch will add an unexpected, complex flavour that will elevate even the most mundane dishes. One of the most common food flavourings in the world is synthetic vanilla. It's in everything, including desserts, cookies, and ice cream. However, this mass-produced seasoning bears no resemblance to the beautiful, rich aroma and flavour of genuine vanilla bean seeds and pods. Recent harvests on its native island of Madagascar have been hit by cyclones, resulting in scarcity and steep price increases. Although vanilla is now produced in Mexico and Tahiti, genuine, hand-picked Madagascan beans remain the most valuable. 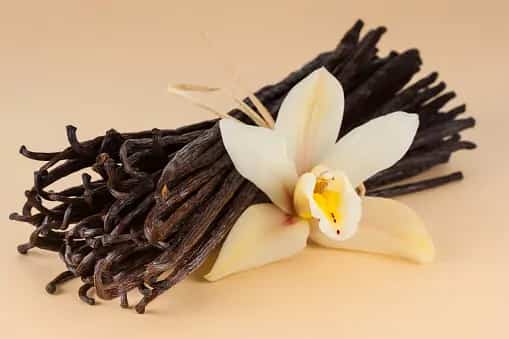 Long pepper is a more upscale cousin of the common black pepper that we all have in our kitchens. Consider it a substitute for chillies. Its flavour, however, is far more complex and sophisticated, with notes of cinnamon and nutmeg. Long pepper was traditionally grown only in India and Indonesia, but it's gaining popularity far beyond those borders, and Nepal has started to produce significant quantities as well.

Mahleb (also known as "mahlab" and "mahalepi") is a complex, fragrant spice with sweet and bitter notes that is used to add interest and uniqueness to a variety of dishes. Although it is not widely known or used in the West, Mahleb has long been a staple of European and Arabian spice traders.

It's made from the crushed pits of the Prunus mahaleb tree, a cherry grown primarily in central and southern Europe, the Middle East, and some Asian regions. It is also known as the St. Lucie cherry.

Mahleb is made by extracting cherry pits, drying them, and grinding them into a fine powder. This is obviously a complex and time-consuming process, which is why you should expect to pay more.