These condiments are jam-packed with flavours and fragrances that will elevate even the most basic meals. We live in India, and we understand why it is known as the ‘land of spices and condiments.’ We can't function without at least one spicy or flavorful food in our diet every day. In our lives, we can't actually exist on mildly spiced, flavourless cuisine.

This list is for those who like us are obsessed with the spices and condiments section at the supermarket and are constantly on the lookout for new dressings, herbs, sauces, and dips to spice up the food.

This is one of the most commonly used sauces in Chinese cooking, but it has a deep flavour that may enhance any Asian dish. It's a dark brown/black sauce created by boiling or simmering oysters until all of the juice has been drained. To balance the flavour, it is then seasoned with salt and sugar.

Oyster sauce can be used as a dip with your snacks, to marinate meat or vegetables before cooking, or to offer a unique flavour to gravies.

How does it taste? Oyster sauce has a similar flavour profile to soy sauce, but it's richer, sweeter, and tangier. Fish sauce is created by covering fish, krill, or anchovies with seasonings and fermenting or ageing them for up to two years. It is a common sauce and condiment in nations such as China, Indonesia, Thailand, and Vietnam. It's also one of the healthiest sauces because of the large number of amino acids it contains.

Fish sauce can be used in and over salads, stir-fried dishes, and even plain noodles and fried rice to add flavour.

What does it taste like? It has earthy flavours and a pungency to it, which can be balanced with seasonings while cooking. It has a caramel flavour to it as well. 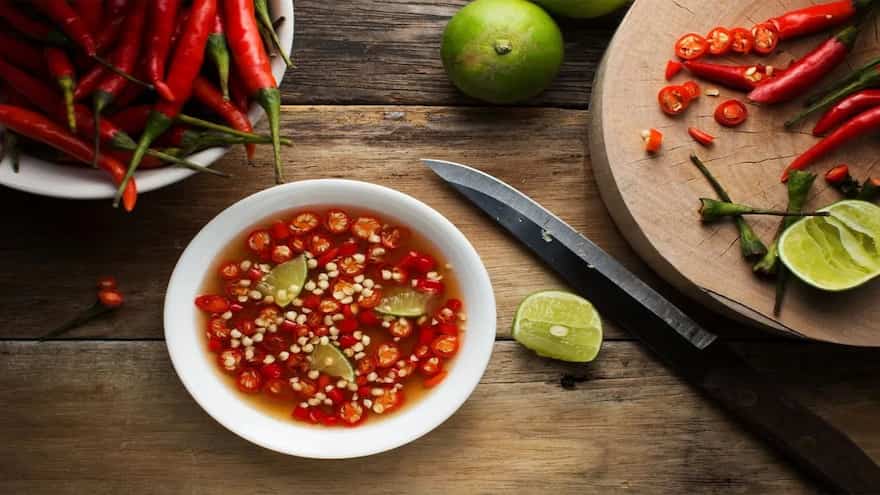 It's a traditional Japanese paste created by fermenting soyabeans with koji (a fungus), rice, and sometimes seaweed. The result is miso paste, which is extensively used as a spread and dip in Japanese cuisines and meals due to its thick consistency.

Miso paste can be used to make soups and gravies, as well as salad dressings and even as a spread over heated toast.

What does it taste like? It has a savoury and salty flavour. It's a korean sauce that's become popular thanks to k-dramas. This paste is made from fermenting chilies and is found in practically every Korean dish or snack. However, it can also be used to spice up Indian dishes. It's a certain technique to boost the flavour and taste of your dishes.

Can be used to make fried rice, noodles, and can even be used in marination. Gochujang paste can be used in stir-fried vegetables and gravies. It will turn any snack or dish a vibrant red colour.

What does it taste like? It can be quite spicy, with sweet undertones. People who have a low tolerance for spice should avoid it. It's a Chinese sauce made from fermented soyabeans, garlic, vinegar, and sugar. It's termed a sauce, but it's actually more like a paste. It's most typically used to grill and glaze chicken or any other type of meat.

How to use: It may be used to fry grilled chicken or mixed with soy sauce to make a dip.

What does it taste like? A sweet and salty taste that is akin to barbeque sauce. Barbecue Sauce: Tracing The Rich History Of This Ubiquitous Condiment