5 Drinks And Juices To Boost Memory And Brain Power Many people are looking for easy ways to improve their concentration, memory, and productivity. That is why nootropics, also known as "smart drugs," are becoming increasingly popular. Nootropics are natural or synthetic compounds that may enhance brain function. Several beverages contain natural nootropic compounds, whereas hundreds of nootropic supplements are available. Furthermore, other drinks contain ingredients that may help your brain function, such as antioxidants or probiotics. Here’s a list of drinks you can choose to improve your brain health.

Green tea contains far less caffeine than coffee. It does, however, contain two promising nootropic compounds: l-theanine and epigallocatechin gallate (EGCG). According to research, l-theanine may promote relaxation, and l-theanine combined with caffeine may improve attention. Green tea may help with focus, attention, and memory, according to a review of 21 human studies.

Furthermore, because EGCG can cross the blood-brain barrier, it has the potential to benefit your brain or even combat neurodegenerative diseases. Coffee is probably the most popular nootropic beverage. Caffeine provides the majority of its brain benefits, but it also contains other compounds, such as the antioxidant chlorogenic acid, that may have an effect on your brain. Caffeine may improve focus, alertness, reaction time, and memory in doses of 40-300 mg, which is approximately 0.5-3 cups (120-720 ml) of coffee. Coffee may also help prevent Alzheimer's disease. A dose equivalent to 5 cups (1.2 litres) of coffee per day, or about 500 mg of caffeine, helped prevent and treat Alzheimer's disease in a weeklong mouse study. 1 cup (240 ml) of orange juice contains 93 per cent of the Daily Value (DV) for vitamin C. Surprisingly, this vitamin may have neuroprotective properties. According to one review of 50 human studies, those with higher blood levels of vitamin C or higher self-reported vitamin C intake had better attention, memory, and language scores than those with lower blood or intake levels. 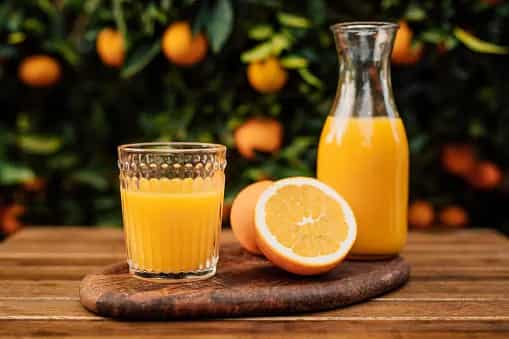 Blueberries are high in polyphenol plant compounds, which may have brain-boosting properties. Anthocyanins, the antioxidants that give these berries their blueish-purple colour, may play a significant role. Similarly, blueberry juice is high in these compounds. 8 nutrients that can sharpen your brain and memory

Keep your ageing brain healthy with these foods

Oh My Nerve: 7 Foods To Keep Your Nervous System Healthy