Taking the essence of Navratri and Dasara celebration from the state of Andhra Pradesh, add these dishes to your festive menu Among its exhaustive list of regional festivals, the state of Andhra Pradesh wears a gorgeous festive look during Dussehra. The locals refer to it as Dasara. Observing fast during the nine days of Navratri is also a prevalent practice. The Goddess Durga is revered in different avatars on each day of this festival. Meanwhile, the custom of displaying dolls called Bommala Koluvu is practised by some families. An array of traditional dishes is prepared at home, either offered as bhog or devoured as vrat food.

The recipes differ from region to region. There are laid down rules as well. For example, savoury prasad preparation has a few restrictions, including the exclusion of onion and garlic. There is also limited use of spices. From the decadent culinary spread of Telugu cuisine, let's learn five dishes to prepare on the last five days of Navratri this year.

The day 5 is called Panchami. The Goddess is worshipped as Skandamata, another form of Parvati. Prepare a hassle-free rice dish called Daddojanam. This dish is offered as the prasad on Panchami. It is curd rice, and the locals refer to it as perugu annam. Often it is garnished with a generous amount of pomegranate kernels. 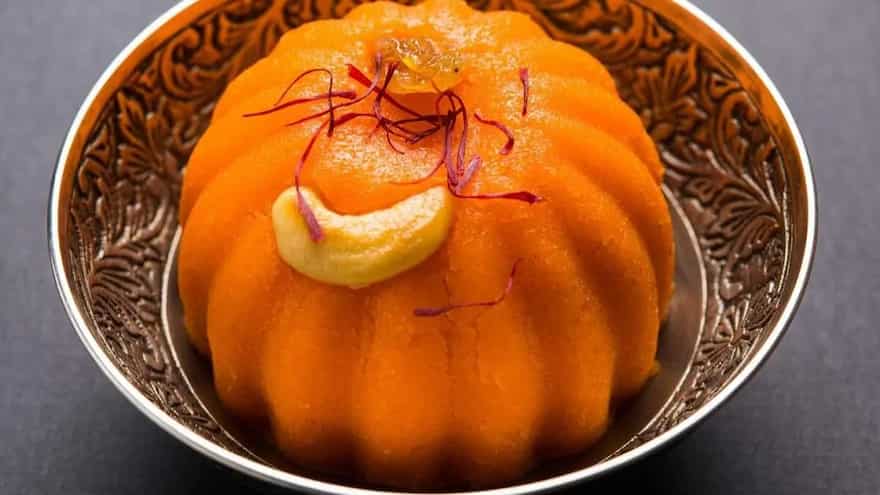 The sixth day is referred to as Shashti. The Goddess takes the form of Katyayani on this day. The offering is called Kesaribath or Rava Kesari. This sweet dish can be cooked with either sooji rava (semolina) or wheat rava and uses a profuse amount of pure ghee. Sometimes dry fruits such as cashew nuts and raisins add to its richness. It is one of the simplest recipes to make and idea for any special event.

On the seventh day or Sapthami, the Goddess takes the Kalaratri avatar. She is the one who ends ignorance and removes darkness. The prasad is usually Sakannam, which is vegetable rice. This basic Dasara dish has no onions, garlic, or spices, yet it still tastes fantastic.

The Goddess dons the Mahagauri avatar on the eighth day, also known as Ashtami. In this form, she blesses devotees with loyalty and harmonious lasting relationships. Usually, rice pudding with jaggery, or bellam payasam, is the offering as prasad today. It is a creamy, simple, and lactose-free treat. On Navami, or the ninth day, the Goddess is worshipped in her Siddhidhatri avatar. To please her, Paravannam is offered as bhog. It is known as milk rice or Ksheerannam. This traditional milk-based Indian-style rice pudding is another delectable naivedyams, a must have for Navratri. Usually, it gets an orangish yellow tinge with the use of kesar or saffron.

5 Healthy Desserts From The Telugu Kitchen

Navratri Platter Gets Balanced With These Gujarati Dishes

Sweeten Your Navratri With These Desserts From 5 Indian States