Awadhi cuisine is well-known for the tenderest kebabs, aromatic biryanis, curries and kormas, unique breads and even their hearty breakfast dishes Lucknow – The true-blue food lover starts salivating at the mere mention of the City of Nawabs & Kebabs. Discussion on the finest cuisines of India would not be complete without exploring the exquisite dishes that come from this region, also called Awadh or Oudh.

So let’s dive into the flavour pot, and explore all the ‘Zayka-e-Awadh’ you should not be missing on a trip to Lucknow.

Inarguably, Lucknow’s greatest export to the world of culinary arts is the mighty Awadhi kebabs. While Galawati kebab remains the most popular kebab in Lucknow, likes of Kakori Kebab, Ghutwa Kebab, also known as the Pasanda Kebab, Shammi Kebab & Boti Kebab are some of the kebabs we can relish on the streets of the city. It is paired with ‘Mughalia Paratha’. “It is not Mughlai Parantha but Mughalia", Mohammad Farukh, the ‘person in charge’ at the Tunday Kebabi corrected me. Tunday Kebabi has various outlets across the city; however, it is at their Aminabad outlet where you get the best view of the culinary tamasha at play; Huge ‘Mahi Tawas’, which are explicitly used for cooking the galawati kebabs, are lined up outside the restaurant. Here, kebabs get cooked on a slow fire. As we enter, there is a large dining complex, which struggles to fit the snaking queues of the food enthusiasts waiting to try the exotic kebabs.

Sakhawat, at Qaisar Bagh, is another age-old custodian of the outstanding Awadhi cuisine. Their prowess can be ascertained by sampling a platter of their kebabs at 40 rupees a piece; I tried all the kebabs on offer and had a tough time deciding which one was better. Kakori Kebab became my favourite, while my fellow diners vouched for the Ghutwa Kebab, Shammi Kebabs & Galawati Kebabs.

If you can stand at any prominent food hub of Lucknow, The aroma of the excellent Lucknawi Biryani will pull you towards this Awadhi delicacy, which has no parallel anywhere in the world. Lucknawi biryani, is prepared with a lot of Nazakat (Exquisiteness). Its best examples can be found at Idris Biryani & Lalla Biryani.

Idris Biryani, where Bhai Abu Bakr lovingly serves the most famous mutton biryani of Lucknow, is a favourite biryani joint of the locals and visitors coming to try this great Awadhi dish. Priced at Rs 90/ plate, it can also be enjoyed with Mutton Korma.

Lalla Biryani, located at the Chaupatiya in old Lucknow, is a culinary marvel worth celebrating & preserving. Operated by a Hindu Family, serving the traditional Awadhi biryani, situated under a masjid, it is a perfect example of the Ganga-Jamuna Tehzeeb of Lucknow. Isn’t it remarkable?

Mutton biryani (Rs 90/plate) cooked at this legendary shop is known for its softest & the most succulent piece of mutton in a biryani. With a piece of their Shammi kebabs complimenting my plate of biryani, this experience is one of the best street food experiences I have had on my journey across India. 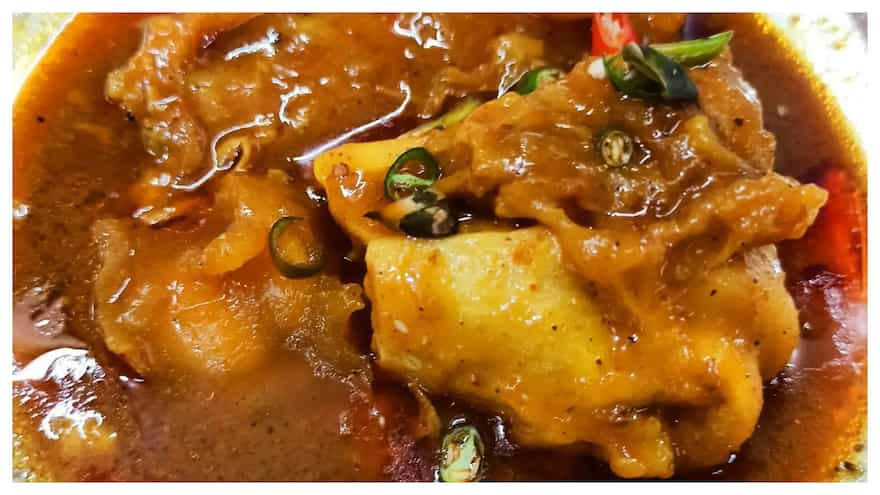 Each of the cities with Mughal influence has its version of Nihari, with popular ones coming from Delhi’s Old City (Shahjahanabad), Bhopal, Hyderabad, or even across the border, in various cities of Pakistan. Awadh’s Nihari has a glorious page of its own in the golden books of the great Mughlai cuisine. While Delhi’s Nihari is a spicier & robust one, Lucknow’s nihari takes on the culture of the city, and is delicate on the palate, with each spice playing its role aptly, with due ‘Nazakat’

Rahim Ki Nihari is revered as the best nihari in the city, and is enjoyed with the mildly leavened kulcha. The jugalbandi of Nihari & Kulcha makes Lucknow's nihari an unmissable Awadhi cuisine experience.

The Finest foodie tip would be to try it with a girda. The crispy texture of this bread will elevate the flavours of Nihari and may result in an unregretful over-eating.

Having lived in Hyderabad, Haleem has remained one of my favourite Indian meat dishes for its wholesome flavours and the nutritional mix of meat, and a variety of grains & pulses, topped with multiple garnishes suited to your liking. Haleem from each region has its distinct texture and the ‘Meat to Grains’ ratio. Lucknow’s Haleem dish is known as the Haleem khichda, which is semi-liquid preparation, much like the north Indian khichdi, but with a bounty of flavours coming from the meat, meat stock, and the careful selection of spices, which is a signature culinary art of Lucknow.

Topped with a sprinkle of homemade garam masala, a handful of Birista (Fried Onions), and squeezed lemon, I gorged on this Awadhi delicacy, prepared by Mr. Miraj Ali, on a small cart opposite tunday kebabi, in a narrow lane of Chowk Bazaar. This healthy protein-rich meal, at Rs 50/plate is a great deal for a tasty evening grub, isn’t it?

Lucknow is a city that is always high on sweets. If you share the sentiment, you must visit Moti Mahal at Hazratganj for its delicious imarti, Chanakya Ladoo at Parivartan chowk, for the unique doodh ki barfi, gaund ke laddoo, and the unbricked version of Kulfi, scooped straight out of their icy churn, a 100 gram serving of this delicacy costs 60 rupees, but the challenging part is to stick to just one serving, as you will be tempted to try more, and more, and why not?

Shahi Tukda (Rs 40) is a sweet delicacy not to miss out on at Alamgir Hotel.  Awadhi street food walk in Aminabad must not be wrapped before trying the famous Prakash Kulfi served along with faluda, an age-old classic dessert of Lucknow.

Chai Lovers in Lucknow celebrate their love for the brew, unlike any other city. ‘Lucknow runs on chai’ said the people I chatted with at ‘Sharma Ji ki chai’, Lucknow’s popular ‘chai & charcha’ spot.

Chai is served In Kulhad, the earthenware cups carrying the fragrance of the tea, as well as our mother earth. Sharma Ji ki chai is best enjoyed with Bun Makkhan & their famous Gol Samosas. At any time of the day, there are plenty of people & interesting conversations going around, as the perfect accompaniment to the Kulhad Chai. 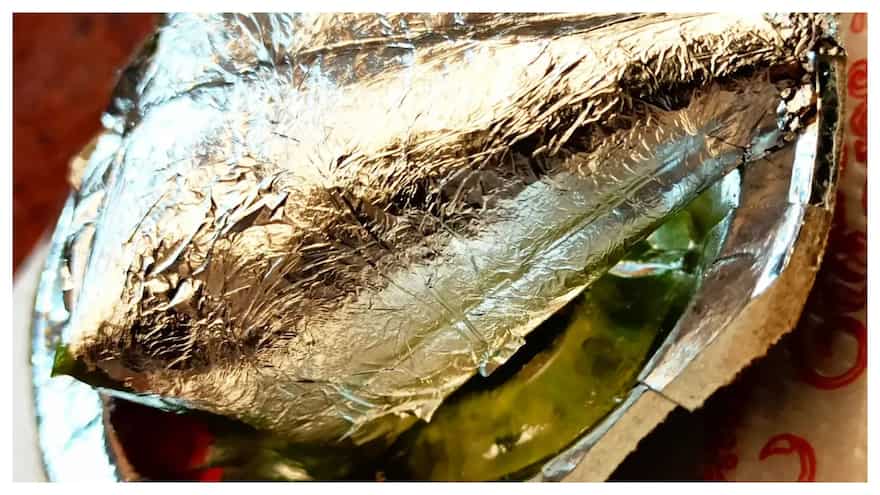 Last, but not the least, enjoying Paan, is a part of the popular culture of Lucknow, as there are many famous paan shops across the city, must visit the Satish Chaurasiya Paan Bhandaar, next to SBI headquarters, at MG Road, and satiate your fondness of Paan, much as the popular saying in Lucknow, ‘Paan khaate nahi hai, Paan Ka Shauk farmaate hai’!

So, when are you planning a trip to Lucknow?

5 Vegetarian Dishes That The City Of Nawabs Has To Offer