Opened in one of Cazulo distillery this cellar still retains its original structure. Ever imagined how it would be walk inside an age-old building which is a Feni cellar? We have all heard or even visited some of the world’s best wine cellar but Feni cellar this is the first if it’s kind in the world, yes you read it right.

Started by Hansel Vaz, founder of Cazulo Premium Feni, he says that this initiative is his attempt to preserve Goa’s own little heritage liquor. He says “there’s very little information about Feni and even now when people come to Goa they would for all other alcohol but Feni. I felt it was important to get the Feni story out to the world”. He feels this story needed to be told. Feni is a spirit whose making is still an art, people still making the spirit. The beauty if the drink lies from collecting the fruit to actually producing the final product. The cellar sees almost around 1,200 multicoloured garrafões (large-bellied glass bottles) that have been kept in the traditional way. With most are maturing few are there for consumption too. There are three types of Feni in this cellar- cashew, coconut and a root called dukshiri. 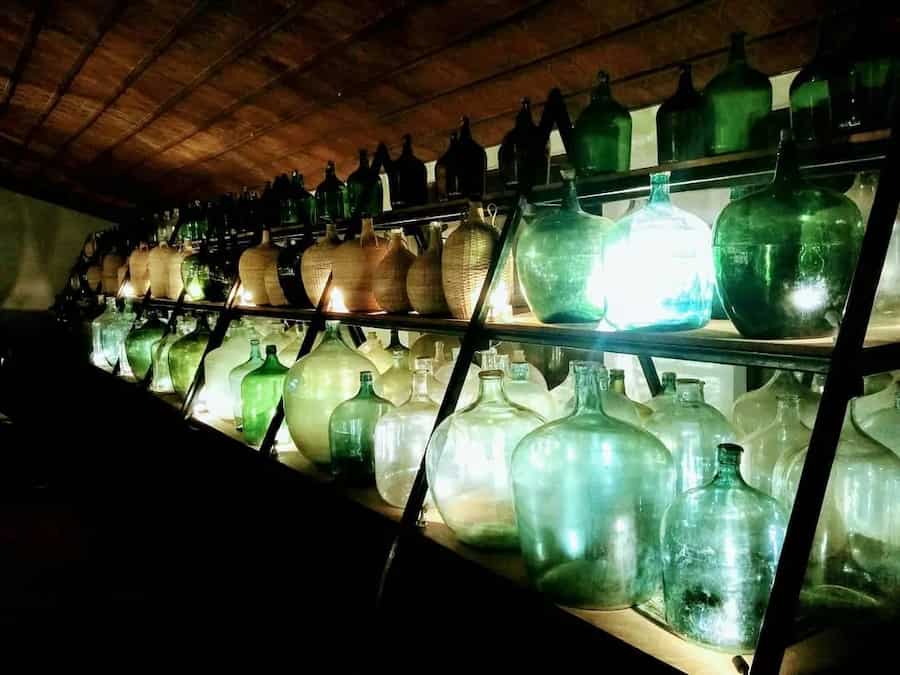 Everything about the cellar has an old world charm as he says he has barely changed the aesthetics of the cellar. Picking up cashews to stomping them to extract the juice and then transferring into the handmade, non-porous pots and this process is mothing less than an art.

While visiting the cellar as it’s situated in the middle of much flora fauna one can even take a walk in the farm and in the cashew growing seasons even join hands to pick some. Watching the Feni-making process is a delight in itself. The Feni tasting is done in two ways – either a long lavish  table is set up inside the cellar or near the spring where they do the tasting which is right tin the middle of spice plantation which is called the floating Feni, and you sip into some of the worlds best Feni its surely an experience to remember. And yes it’s just not Feni tasting there’s a food pairng too that happens to give Feni lovers a proper perspective about the drink. Henzel being passionate of the whole project he actually makes sure that the guests get an in-depth information on Feni and the whole art of making it. Being a complex spirit, and it’s still being made the way it was done 200 years ago, this Feni cellar Hansel takes pride in saying that Feni has been patented as Goan heritage!

And yes not anyone can just walk-in as the place only takes people by invitation. You need to call and fix your appointment. So next time Goa bookmark this place in your to-do list.

Indigenous Spirits That Are Entering The Cocktail Space