Wanna Try Something Light Yet Nutritious, How About Some Khichdi For Dinner

Try these khichdi for a light and nutritious dinner. Khichdi is a South Asian dish made of rice and lentils (dal), however, there are also bajra and mung dal khichri varieties. It is considered one of the first solid foods that babies eat in Indian culture in several regions, particularly in the north. Sabudana khichri prepared from sago is eaten by Hindus, mostly from the north and northwest, who avoid grains during fasting. However, in the southern region of India, the word khichri is not often used. While Tamil Nadu and Andhra Pradesh cook Pongal, and Kannadigas make Huggi (mung dal Khichdi) and Bisi bele bhath (pigeon pea variety with vegetables), Keralites do not have a similar dish. In simpler words, khichdi is a salty porridge. During his campaign in India (305-303 BC), the Greek monarch Seleucus reported that rice with pulses is very popular among the people of the Indian subcontinent. Strabo also mentions that Indian cuisine consisted primarily of rice porridge and a rice-based beverage known now as Arak. During his trip to India in 1350, Moroccan adventurer Ibn Battuta described khichdi as a rice and mung bean meal. In addition to its numerous health benefits, khichdi is a versatile dish. Depending on the ingredients you use, it changes colour, texture, and flavour.

Rajasthani khichdi is unique in that it does not include rice, which is a common ingredient in khichdi in other parts of the world. Sorghum (jowar) or bajra (millet) is used as the main ingredient because it is in short availability in the state. It's commonly served with curd, lehsun (garlic) chutney, or pickles as a side dish. Some people like to add roasted dry fruits to their bajra khichdi. Bengali khichri is a delicious porridge made with rice, roasted moong dal, desi ghee, and ginger. It is normally free of garlic and onions because it is served as a prasad during puja. While many people enjoy pure khichuri, some prefer it with peas, potatoes, tomatoes, or any other veggies. This tasty gruel is traditionally served with a variety of vegetable fritters called bhajas. People in the state love it, and some even serve it with sweet tomato chutney and fried Hilsa fish. It has a little sweet flavour from the sugar used during preparation, but it is also hot! 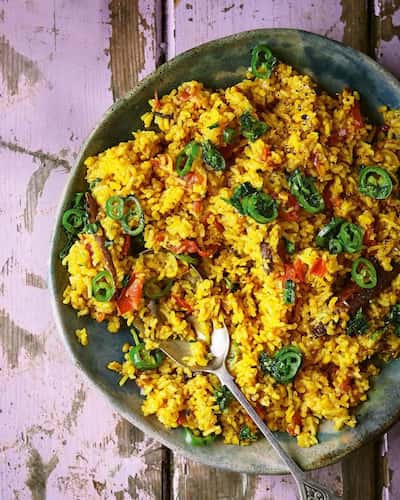 Every Saturday, many people in Bihar prepare khichdi. During the Makar Sankranti celebrations, Bihari khichdi becomes even more popular. It also served as prasad during pujas. This Bihari dish tastes exquisite since it is made with rice, ginger, chillies, moong dal, urad dal (black gramme), asafoetida and ghee. Chokha, a dish of mashed potatoes and brinjal with mustard oil, chillies, and raw onion, papad, and achaar are served alongside. Bisi Bele Bhath is a unique khichdi for several reasons. Instead of the traditional moong dal, toor dal is used. The main distinction in flavour comes from a special masala mix that incorporates a balanced blend of 30 spices. This spice blend imparts a particular savoury flavour to the khichdi. It's stuffed with a variety of vegetables and drizzled with desi ghee. 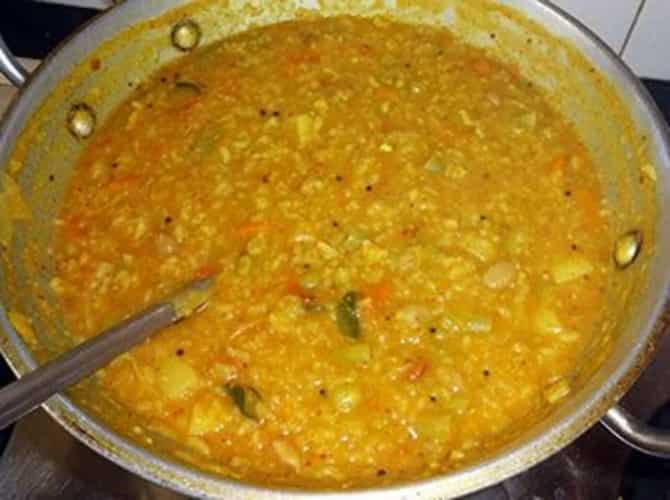 The Nizams of Hyderabad are responsible for the creation of this keema khichdi. It has a similar flavour to biryani from the same region, although it is prepared differently. Rice, lentils, and ground meat are the key ingredients in this khichdi. Khatta is a sour side dish that is generally served with this khichdi and is comparable to a salan. 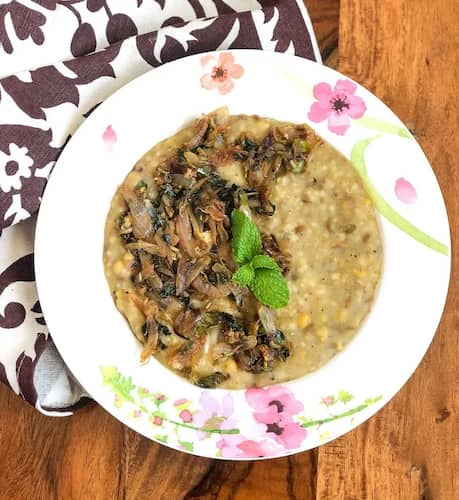 Save The Bowl Of Leftover Khichdi For These Decadent Snacks