The records keeper shared a video of the party on its Instagram account and it looks so much fun. “Chai is an emotion,” says every tea lover. If you too are a tea lover, you would relate to it. You don’t need to depend on time, occasion or place to enjoy a cup of tea. And that’s what happened when Guinness World Records recorded what is described as the “highest tea party” 6,496 metres above sea level at Mount Everest Camp 2 in Nepal. Yes, you read that right. A hint of chill in the air makes tea-time all the better, doesn’t it? Imagine enjoying your tea amid snow and light rainfall. Heavenly, isn’t it? And so this tea-party seems like a lot of fun. Bringing a group of mountaineers in Nepal together who found a way to make drinking tea at 6,496 metres appear fun and an occasion to celebrate, tea definitely made its presence felt. And that is how their adventure-laced tea party made it to the Guinness World Records for holding the “highest tea party” at Mount Everest Camp 2.

The records keeper shared a video of the party on its Instagram account and the climbers appeared to be having a lot of fun while enjoying the little warmth of the tea amid snowfall. Take a look:

The video showed a climber setting up a table with cups and snacks as a group of climbers then gathered around it. One of them began pouring tea into the cups and all the climbers relished the popular beverage together in the freezing weather. We could also spot some tidbits that looked like cookies on the table. This little tea party surely would’ve warmth not just their body but also their heart, while also lifting one's spirit for the climb ahead.

Andrew Hughes, who hosted the tea party, told Guinness World Records that tea on the mountain was not just about warmth. It was also a way of bringing climbers together and letting them connect with each other at the lodges along the trek and at base camps. “The record would mean so much to me because it would mean so much to all who took part in it. The greatest things in life are often those shared,” Andrew said.

We have no doubt that tea as a beverage is an exceptional way to connect with people. It is after all one of the most popular beverages across the world, and is made in so many different ways. As per experts, tea also has several health benefits that includes keeping the body hydrated and keeping hypothermia in freezing weather at bay. Besides, it is also known to reduce stress and boost immune systems — something climbers can definitely benefit from. 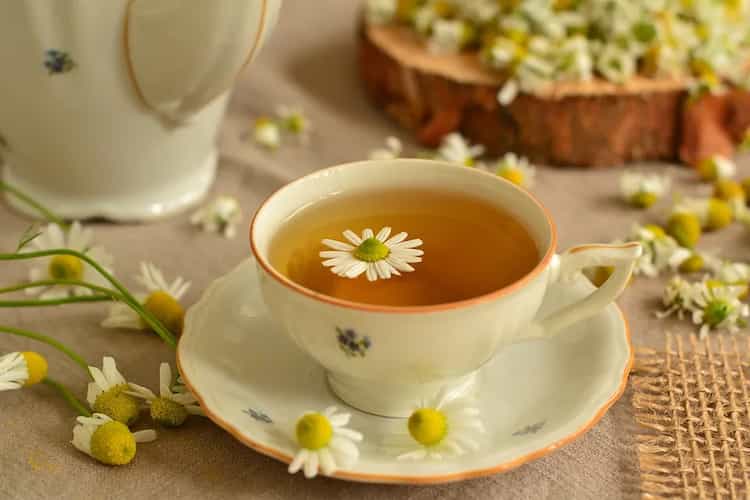 Talking about the various types of tea, the list is endless. And different people enjoy tea in many different ways. Some prefer it with milk, some like it black, on the other hand one can also enjoy it cold. An aromatic tea made using honey, lemon, and ginger is known for several health benefits. Some of the other types of teas that you can opt for are the commonly available and popular green tea, which is known to protect against various types of cancers. There is also the super-expensive white tea, that has a lot of antioxidants and may have anticoagulant, anti-inflammatory, and antioxidant properties. The strongly-flavoured black tea is very popular across the world, and may also help to reduce the risk of heart attacks. Then there’s Chinese delight Puerh tea, which comes with another set of health benefits, including its effect on lowering cholesterol and inflammation.

What do you think about the ‘highest tea party’? Let us know your thoughts.

Rose Tea Recipe: Are There Any Benefits Of Drinking It?

Khambir With Butter Tea: The Staple Ladakhi Breakfast That Is Warm And Delicious