Let us introduce you to a street vendor who was recently seen making a chocolate, strawberry and cheese sandwich. 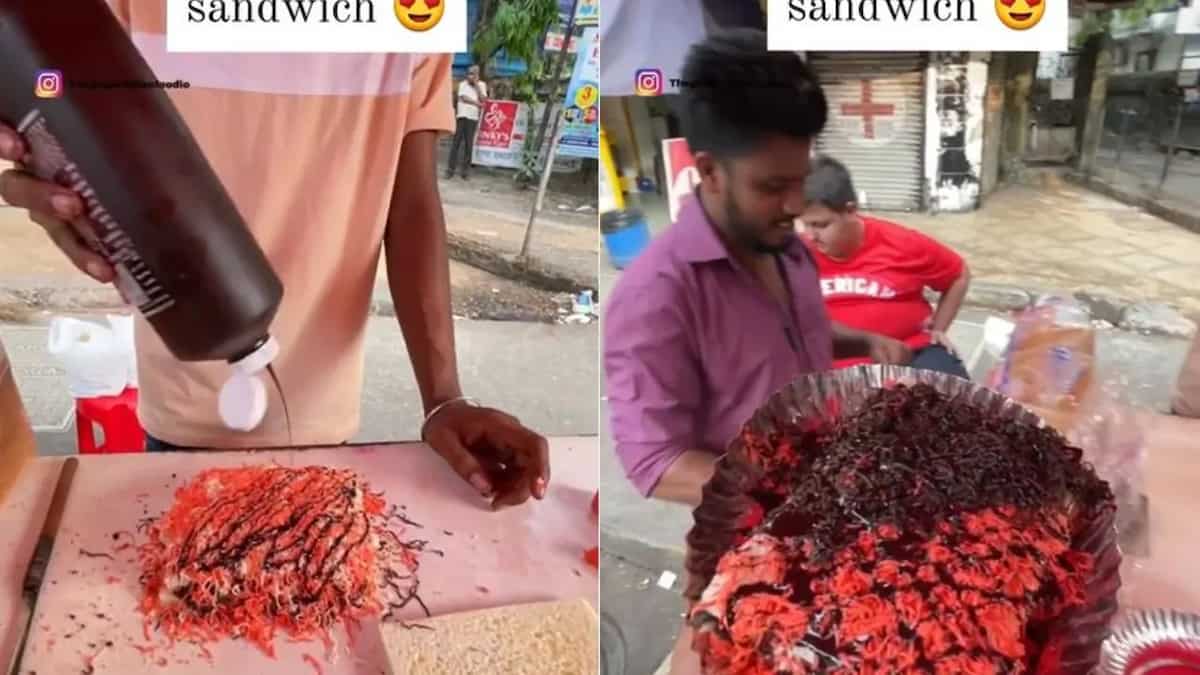 Chocolate and cheese are perhaps two of the most loved ingredients in the world of food. Let's admit it; chocolate is something that we can never get enough of, and same goes for the cheese. After all, both the ingredients go perfectly with a myriad of dishes besides tasting so good all alone. Both are simply happiness in its purest form. I can literally have anything with cheese or chocolate with it, but not cheese ‘and’ chocolate both. That’s where I draw a line. What if we tell you there’s an experiment going viral with both the ingredients used together, along with some strawberries too! Don't believe us? Well, let us introduce you to a street vendor who was recently seen making a chocolate, strawberry and cheese sandwich and has left the internet disappointed. Yes, you read that right. Now, some would still argue that this combination doesn't sound that bad, but once you see its making, you might rethink about the whole concept of sandwiches again.

In a recent video uploaded by @thegreatindianfoodie, we can see a street vendor making a sandwich. The video begins with the vendor cutting out the edges of the bread, he then takes a piece of it, adds grated chocolate and chocolate syrup, and covers it with another bread slice. Then instead of adding the strawberry fruit, he shreds what seems to be an entire block of flavoured strawberry. Then he goes on to add a layer of grated cheese and strawberry again, and finally tops it with more chocolate syrup and shreds of all ingredients. As per the caption on the video, this street vendor sits in Borivali West, near Gokul Hotel, Mumbai. Take a look at its making here:

Ever since the video was uploaded, it has garnered 1.5 million views, with over 74k likes, and hundreds of comments, from mostly unhappy people. “I suggest union government must pass a law wherein people doing some horrible experiments with food must me punished” wrote one user. Owing to so much chocolate a user commented “Ticket To Diabetes”, while another user wrote, "Oh God...I will never try this." Many people have said that this sandwich doesn't look appetising, while some others have questioned where is the strawberry? Some have also said that the strawberry block looks like "soap."

What do you think about this bizarre sandwich combination? Would you try it? Let us know.