Unusual Menu Of This Popular Burger Chain Has Become The Talk Of The Town, Here's Why 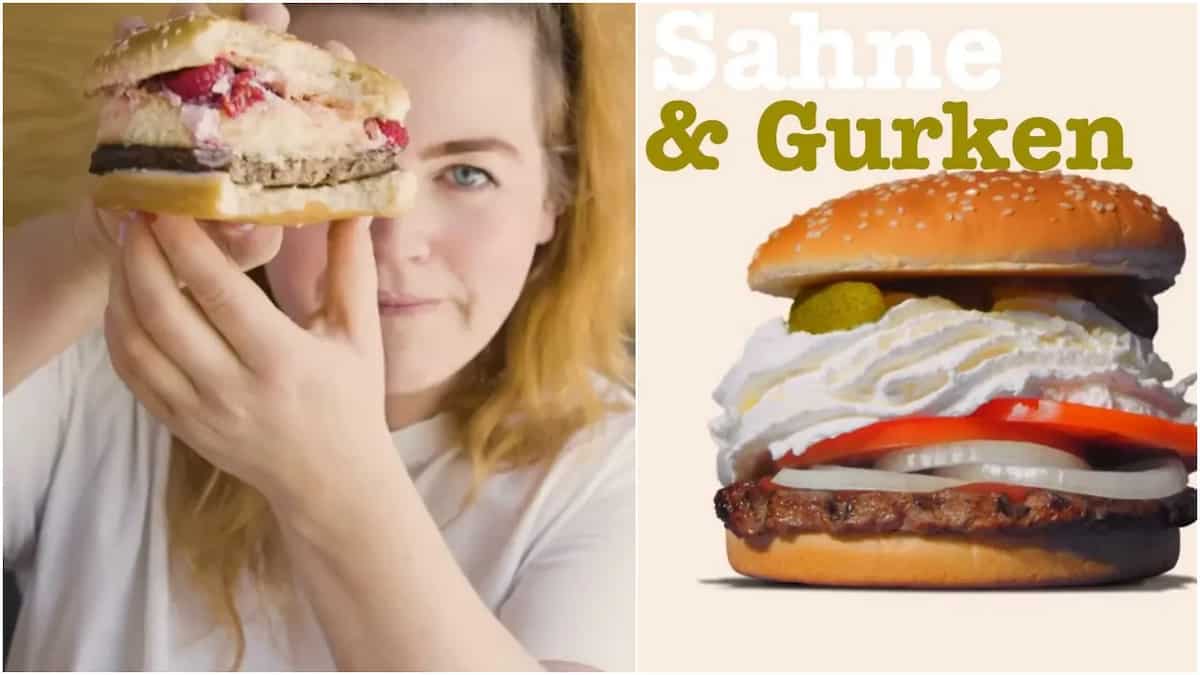 Strawberry Ice Cream And Fries With Ketchup And Mayo

Foodies were offended to see food combinations that included Burger King Whoppers that had the weirdest food combinations packed in with the patty. Some of the whoppers paired pickles with whipped cream, ice cream with green olives, bananas with eggs, fish sticks with applesauce, cucumbers with jam and strawberry ice cream with fries. Social media users were astonished to see such a menu and took time to confirm if this was a prank or if these whoppers were available in Burger King, Germany. To the further surprise of many, this wasn’t a prank. Reportedly, Burger King Germany had introduced this menu for pregnant mothers to satiate the craving that they have for certain types of food during their pregnancy. These weird whoppers were only available at the Burger King in Berlin and nowhere else in Germany. The menu wasn’t a permanent one, but only a promotional one for Mother’s Day. The whopper that had fried egg with banana evoked a strong response in particular from people. 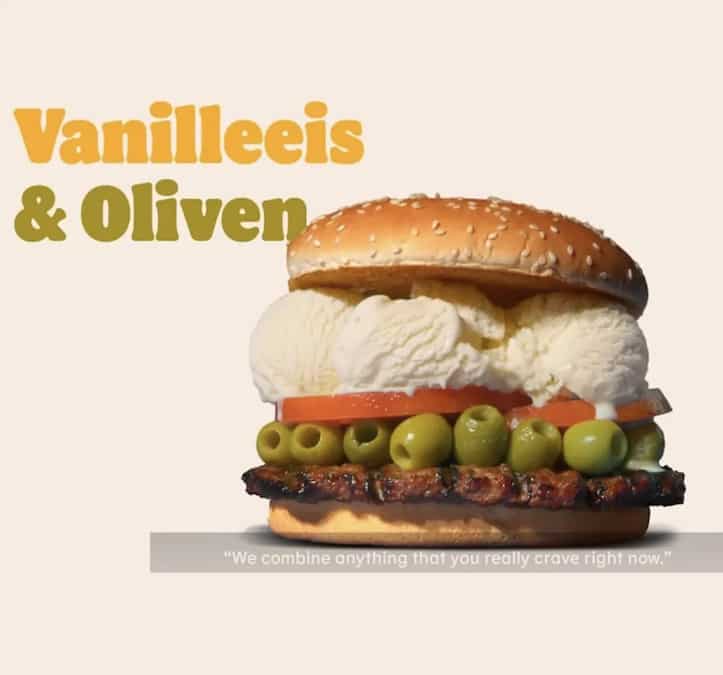 A lot of planning went into this Mother’s Day special menu. It was a result of an extensive online survey. Burger King Germany had held a survey of expecting mothers and interviewed them on what they were craving to eat during pregnancy. This information was then used to create a menu of whoppers that left a lot of people confused and disgusted. The Pregnancy Whoppers were even distributed for free to expecting mothers.

According to Burger King Germany, the survey results showed that pregnant mothers prefer sweet to savoury foods during pregnancy, with chocolate, potato chips and burgers being the most popular items. This survey was conducted between January 5 to January 14 by deploying an online questionnaire and more than thousand women were included in the survey. One must however concede to Burger King Germany that their hearts were in the right place when they planned this promotional activity. Klaus Schmaing, director advertising and marketing at Burger King Deutschland, mentioned to a global media platform and marketing website in Europe, “Our survey among pregnant women and mothers clearly indicates that pregnancy cravings are not just a myth. These cravings are as real as pregnant women's desire for special food combinations. This brought us to the idea to turn the most popular pregnancy cravings into pregnancy Whopper sandwiches. As a result, combinations like cucumber with jam or sausage with chocolate cream have been created - and expectant moms have enthusiastically tried them.” 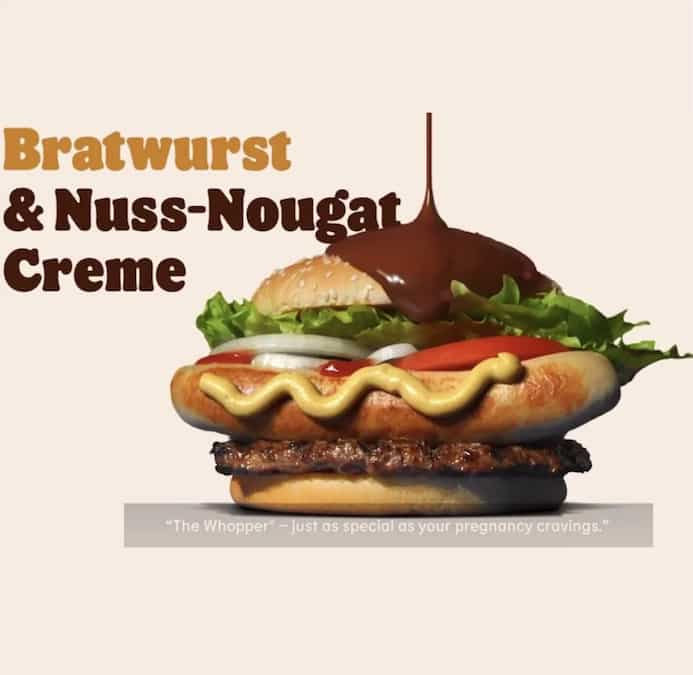 World Records Related To Food That Will Surprise You