Spanish-style omelettes differ primarily in the usage of potatoes, which are thinly sliced and briefly stir-fried before being added to the omelette mixture. Spain's national food is the Spanish omelette or tortilla. It is a staple of Spanish cuisine and is honoured as a national dish by Spaniards. According to a legend the "tortilla de patatas" is said to have been invented by Carlist general Tomás de Zumalacárregui to meet the army's food shortages while the Carlists were besieging Bilbao. Although it is questionable if this is accurate, it appears that the tortilla first gained popularity during the early Carlist Wars. It is an omelette made from eggs, potatoes, and, if preferred, onion. As a tapa, it is frequently offered at room temperature. It is a very simple and uncomplicated omelette, much like the one cooked with well-beaten eggs. Then, it is spread out like an omelette and thoroughly cooked on all sides. Spanish-style omelettes differ primarily in the usage of potatoes, which are thinly sliced and briefly stir-fried before being added to the omelette mixture. When the potatoes are perfectly cooked, they are combined with an omelette mix and formed into an omelette.

Here's how you can make Spanish Potato Omelette 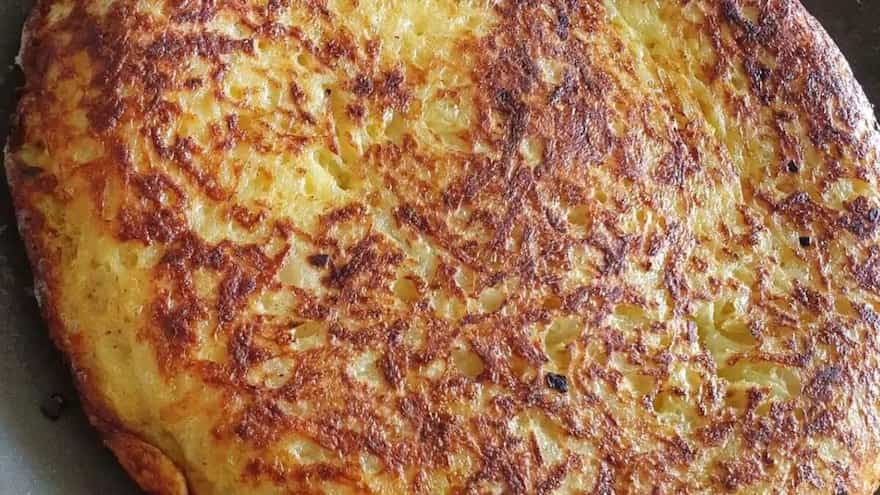 1. You can choose to remove the peel from the fresh potatoes or leave it on. Slice them into large pieces. Cut the onions into thin slices.

3. Separately beat the eggs, then mix them with the parsley, salt, pepper and potatoes. In a smaller pan, heat a small amount of the strained oil.

4. Put everything in the pan and cook it over medium heat, forming the omelette into a cushion with a spatula.

5. Invert on a plate when nearly done, then slip back into the pan and continue to cook for a few more minutes.

6. Repeat the process twice more, each time quickly frying the omelette and pushing the edges to maintain the cushion shape. Before serving, slide the dish onto a plate to chill for ten minutes.

This Spanish Omelette Is Perfect For Your Next Breakfast

Love Potatoes? These 5 Irresistible Indian Aloo Curries Are Sure To Impress