It’s interesting how we adopt certain cultures, not just by retaining their original elements but also by creating our own unique versions of it. Food has always been one of the most experimental areas of any culture.

That being said, one cannot deny the huge influence of one such cuisine in India i.e., Chinese food.

So much so, that we have ended up inventing Chinese dishes that even the natives of China haven’t ever tasted.

Let’s look at 4 such popular Indian-Chinese dishes that are not originally from China. Chowmein is to Chinese as Roti is to Indian cuisine. Chowmein is the heart and soul of any Chinese meal in India. From street-side vendors to authentic Chinese restaurants, every menu is bound to have it on their menu. And not just one, but with several saucy varieties to choose from. Unlike India, in China, if you ask for chowmein, you’ll be served a pot of boiled noodles, topped with some veggies. When there’s chowmein, manchurian follows. It’s like the Dal Chawal of Chinese food in India. Since we are so fond of curries and gravies, manchurian is made with crispy veg or minced chicken balls, dipped in a spicy or sweet and sour sauce. There is no such thing as manchurian in China. 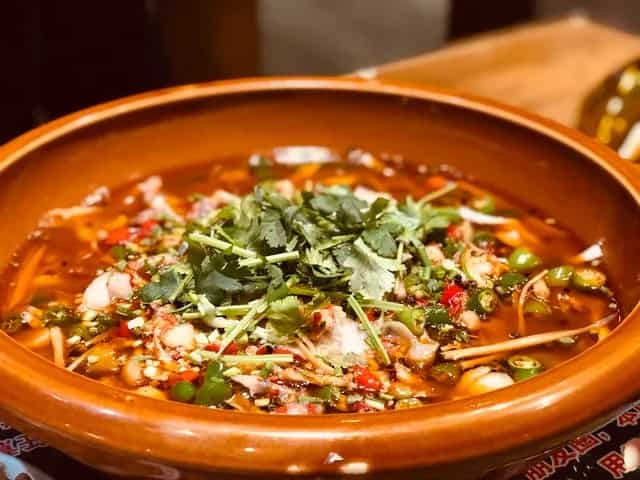 The Chinese restaurant menus in India are filled with a range of soup variety. One very popular choice is the Manchow soup. It is made with ginger, garlic and vegetables and has soy sauce which lends it that dark colour and spicy flavour. Oh, and how we forget the best part? The crispy fried noodles garnished on top. Meanwhile Chinese be like, what is this Manchow? Add a chilly sauce or a soy sauce to anything and it is labelled as Chinese food. That’s how easily Indian recipes are passed off as Chinese just like our all-time favorite appetizer chilli chicken and its family of chilli paneer, chilli potatoes and almost any vegetable, even gobhi.

So which Indian-Chinese food is your favorite from the lot?