Octogenarian Gujarati chef cooks up a storm in Uk's Brighton. 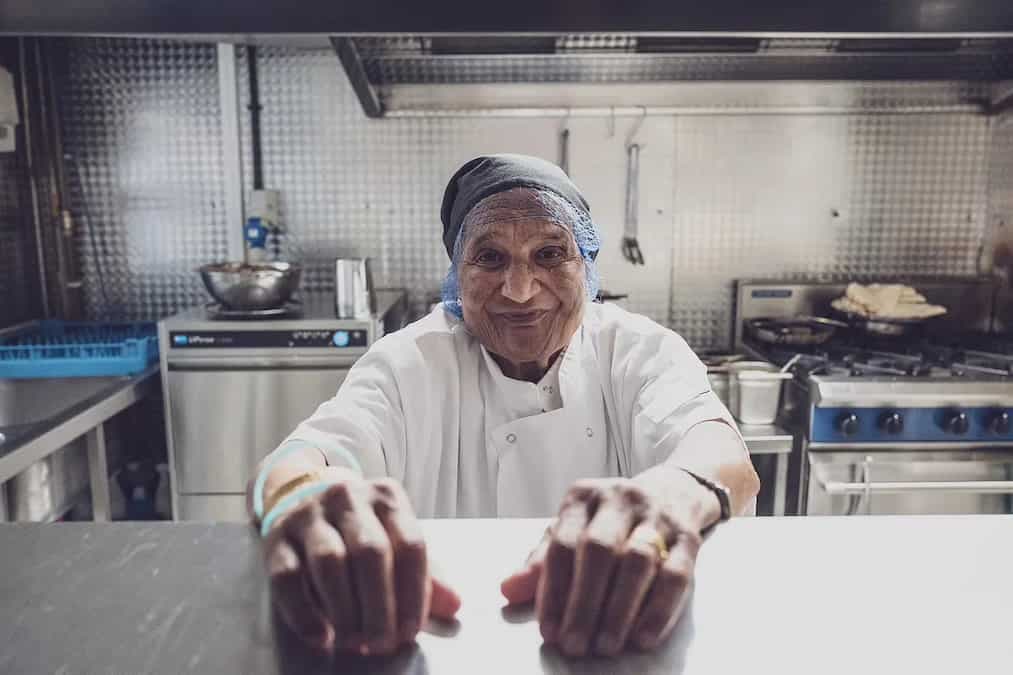 Manju is an 85-year-old chef who has been making the UK fall in love with her Gujarati cuisine.  She made a café in Brighton, 50 miles south of London, a famous place for anyone searching for their portion of desi tadka. Inside, you will be blessed to receive the UK's best Gujarati cuisine and an inspirational story of grit and determination that started in 1936. Manju comes in every morning at 7 am put-ons her chef’s hat and apron and begins cooking up a feast. But at this age when most people would want to put their feet up and rest, doesn’t Manju feel like doing the same? When asked, she says she likes being busy. It is her job to showcase how amazing authentic Indian food is. Being genuine, is what is important.

Manju was born in India in her grandparents’ home and returned to Uganda with her mother at a very early age. She lost her father when she was just 12. The incident rattled her. She decided to focus on cooking because she was responsible for helping to run the household. At the age of 14, she made 35 tiffins per day with the help of her mother's advice and recipes. Manju eventually got married and had two sons, Naimesh and Jaymin, as time went on. But a tragedy occurred when President Idi Amin took control of Uganda in 1972. Being a dictator by nature, he enacted a law that expelled the family and other Asians. Manju landed in the UK because they had a family who could help them despite having few options for a safe place to live. Manju eventually found employment in a factory where she worked until she reached retirement age at 65. She still had a secret love for cooking. In 2017, her sons finally located a place where they could picture their mum establishing her food business after searching for three years. They purchased the space in Brighton by pooling their savings from the business they had started. Manju reflects that the day she got the surprise was one of the happiest days of her life. Manju was 80, but her lifelong desire had, at last, come true. She was prepared to open the next section of her life.

The transformation of the place from its earlier English breakfast cafe ambience to the Indian restaurant we were developing was a genuine adventure, according to Naimesh. But they were able to turn it around in three months. The two now greet customers and take orders at the restaurant, with assistance from their mother and her two daughters-in-law Dipali and Kitty who help in the kitchen. This force of nature is unaffected by the COVID pandemic, rainy days, lockdowns, or other natural disasters. She does not take any days off. She believes everyone should have enough to eat, drink, and have a house. She can't stand to watch hungry people. She continues by saying that because Brighton is a haven for foodies, there is never a shortage of visitors. Visitors to this place are probably going to try a variety of foods. Gujarati food is well-liked since Brighton is the UK's vegan capital.

Regular Hustle Bustle Of The Kitchen

The day is busy, according to Dipali, the executive chef and Manju's daughter-in-law, and it begins very early. They start by inspecting the produce that their vendors supply. They make sure the procedure runs smoothly and drill constantly to make sure everything is prepared. The kitchen starts working right away at lunchtime as the first visitors of the day arrive. The restaurant attracts an average of 48 customers per day and is open from Thursday through Saturday from 12 pm to 2 pm for lunch (on Saturdays only) and 6 pm to 10 pm for dinner. There can only be four people in a group at most. They can prepare more delicious meals for fewer people when they have a limited menu and small groups, says Dipali. There are 12 items on the menu at any given time, and they are continually changing based on the seasonality of the veggies. Dipali claims that everything is produced from scratch. Each dish is about five pounds in price. But every business faces difficulties, and family-run businesses are no different. Rising prices have been difficult, says Dipali, but the family works together to perfect the company. Restaurants are challenging, but as long as customers appreciate what they are doing, it's all worthwhile. Manju claims that she becomes emotional with pride when she can occasionally take a minute away from cooking to see customers thronging her Gujarati eatery. She says she is grateful to have the chance to pursue her passion after spending her life raising a family and putting her goals on hold.

Dreams do come true, she says with a smile.

4 Gujarati Curry Recipes To Try For Your Next Meal