These Teas May Help You Loose Weight and Boost Immunity

More than green tea, many more teas can help you achieve your weight loss goal Health discussions, particularly those centered on weight loss, frequently bring up the topic of metabolism. But what is it specifically, and how can we maintain a healthy speed? Fundamentally, your metabolism is the process through which your body converts the food and liquid you consume into energy. Your body will burn energy more quickly if your metabolism is faster, which can help you lose weight and keep it off in a healthy way. There are several foods and beverages you can take that, because of the minerals and antioxidants they contain, can help you achieve your goals of reducing weight and speeding up your metabolism. We have gathered the top options for metabolism-boosting teas to assist you in your search for metabolism-boosting beverages.

Also read: 5 Delish Teas From South India You Have To Try

One of the healthiest teas you may brew is ginger tea, which is well renowned for its benefits. Ginger is special for weight loss since it includes substances called gingerols and shogaols. These substances have an antioxidant effect on the body, preventing free radical damage. Due to this damage, oxidative stress increases, which can both induce and promote obesity as well as impair metabolism, energy, and other factors. 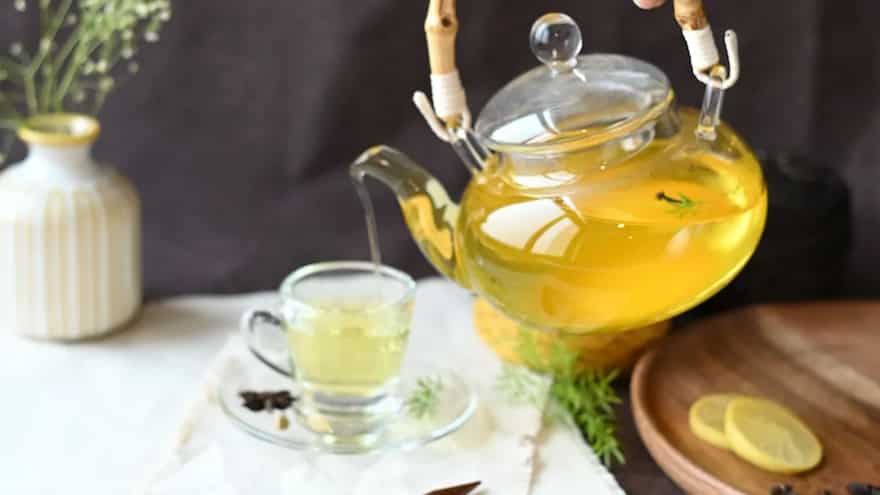 Many nations around the world embrace black tea as a traditional beverage. It not only has beneficial levels of caffeine but is also loaded with nutrients that aid to speed up the metabolism. It often contains a lot of flavones, which have been shown to boost metabolism and aid in weight loss by promoting the body's ability to burn excess calories or fat. Black tea contains caffeine, which can help control total BMI and boost metabolism, especially when consumed in the morning.

Matcha is a well-liked variety of green tea with a long list of health advantages. Matcha is a well-known, premium herbal tea from Japan that has anti-inflammatory, antioxidant, and caffeine effects. It has been demonstrated that drinking a cup of matcha tea before working out may increase metabolism and fat oxidation, which can help with weight loss. The rate at which the body consumes or burns body fat is known as fat oxidation, and a higher rate indicates greater weight loss.

One of the most popular options among tea consumers and a traditional metabolism-boosting tea is green tea. Antioxidant-rich green tea has been positively linked to weight loss and fat loss. It contains a lot of catechins, an antioxidant kind that has been demonstrated to help fat burning, particularly during exercise. According to a study, women who consumed green tea extract for a full 12 weeks lost more weight and had smaller waistlines. According to an analysis of 14 studies published in 2014, obese participants lost an additional 0.44–7.7 pounds on average over the course of a 12-week period compared to those who did not drink green tea.

Oolong tea is usually an excellent substitute if you don't like black or green tea and yet want to lose weight because it has beneficial antioxidants. Oolong tea has a reputation for helping people lose weight by improving how their bodies digest fat. As per a study in 2009, in a six-week trial, 8 gram of oolong tea per day was consumed by over 64-66 percent of obese and overweight participants, who dropped more than two pounds.

If you want to increase your metabolism but don't want the caffeine that comes with the other varieties described above, Rooibos is a good option. Aspalathin is a substance found in the herbal tea Rooibos, which is native to South Africa. This substance could be able to speed up the metabolism of fat and sugar. But more investigation is required.

5 Tea-Infused Cocktails To Jazz Up Your Weekend

Why white tea is better than green

Jaggery Tea: Time To Add An Earthy Flavour To Your Cuppa