These Restaurants In Delhi Serve The Best Rajasthani Laal Maas

These restaurants in Delhi serve the best authentic Laal Maas. 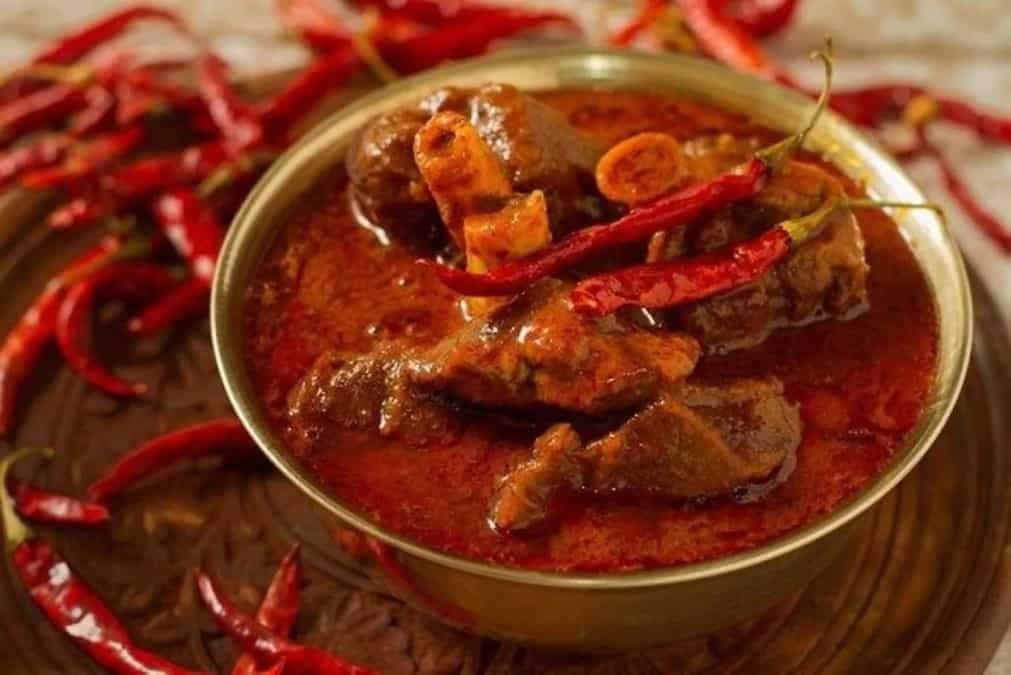 Laal maas is a meat curry that hails from Rajasthan. Laal maas which is served at each Rajasthani feast dates back to the 10th century and was originally used as camp food. Rajput kings governed the western half of India during the period, and they were known for going on extended hunts and military expeditions. The state guests were taken for the shikar, which included sumptuous hospitality. Even though the military camps were more frugal, the royals' and their guests' taste buds had to be treated. The king and his ministers were the men of taste. Their cooks focused on feeding the best of their preparations to the king. Rajasthan is known for its richness in spices and flavours. The royals were fond of food and because of them, today we have a lot of delicacies from Rajasthan. According to legend, laal maas was prepared after a king from Mewar (one of Rajasthan's former princely states) rejected deer meat served solely with garlic and yoghurt, which did not hide the strong gamy odour. Laal maas was born as a result of the cook's trial and error with excessive amounts of Mathania chillies (called after the Mathania region in Jodhpur where these chillies are farmed). Presently since hunting is banned, lal maas is usually prepared with mutton or beef. Laal maas is an authentic blend of different Indian spices soaked up in juicy succulent meat. This south Delhi based restaurant is popular for the traditional Rajasthani delicacy laal maas. And believe us when we say it's mind-blowing! Missi Rotis are served with tender mutton pieces cooked with Mathania Mirch and whole spices. So give it a try today.

This traditional retro restaurant in Gurugram serves its own variant of laal maas. Rajputana lal Maas is the name given to their version of the laal maas. 21 Gun Salute has become well-known in Gurugram for its North Indian and Mughlai cuisine. Laal maas, on the other hand, is the real crowd magnet. This mutton speciality from Rajasthan's royal kitchens is served with a basket of Naans and tandoori rotis.

This restaurant has a rustic theme that will take you to a quaint village and make you want to chow down on some tasty and traditional cuisine. While their menu features a variety of delectable North Indian dishes, the star of the show is their wonderful Rajasthan Special laal maas.

This classic fine dining restaurant at Pandara road is popular for serving Mughlai and north Indian dishes. Rajasthani laal maas and butter naan is a combination that is hard to resist. If you want to spice things up, just order Mirchi paranthas with laal maas. This delectable pairing will surely add some flavours to your palate.