Here's a list of fluffy, soft and mouth watering idlis that you can savur in the city. It’s World Idli day today and this humble breakfast item that most Indian’s love is didn’t originate in India. Tracing the origin of this simple dish, food historian K T Achaya believes the idli probably came to India from present-day Indonesia around 800-1200 CE. A version of the idli known as ‘iddalage’ also gets a mention in a 920 CE Kannada language work. Similar writings have been found in later text too. And it sees details a recipe called ‘iddarika’. However the process of mixing urad dal and rice grains and later fermenting it is a much later added innovation, though the exact date reference can’t be found.

And when we talk of Idli, let’s see the best places in Bengaluru serving some of the fluffiest and soft idli’s.

This popular breakfast joint in Bengaluru is known for its iconic filter coffee and flavorful chutney -sambhar with Idli & Vada. This place sees seating arrangement. Located in Basavanagudi, flocked by office goers this place opens at 6am. Super soft idli are an absolute delight. Dipped in coconut chutney, this place is worth a try for idli lovers. 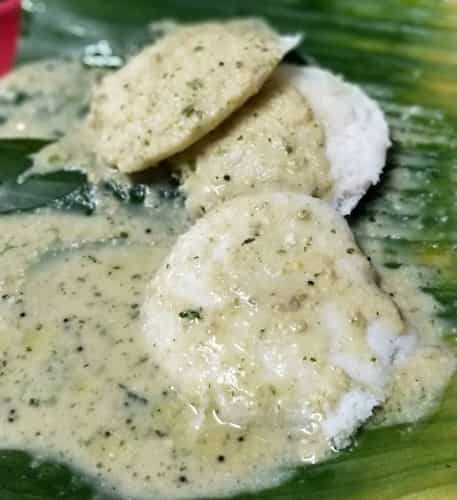 If you looking for that old school charm, then Siddappa Hotel at 5th Cross is your go to. The place starts preparing for the day as early as 4am. You can literally see people wating in crowd to grab a plate of soft idlis. If you are lucky you can spot Siddappa sitting on the rock opposite the shop. Remember if you want another serving you have to stand in line.  The fluffy Idlis here are served with traditional Saagu. They are smaller than the regular size.

Crossing Malleshwaram, then Veena Stores should be on your list to. People come here to savour some Idli, Kesari Bhath, Avalakki Bhath and Vada. Once a condiment store, the idli’s here are melt in your mouth. Served with mint coconut chutney, the idli recipe here family-preserved recipe. Again this place also sees no seating place. 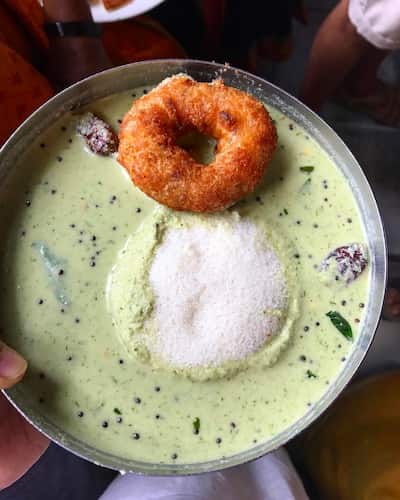 Can you believe idli just for Rs 10, that’s Taaza Thindi. This place opens at 7:30 am and most dishes come at dirt cheap prices. This self-service place serves some of the soft fluffy idli that is dipped in coconut chutney that is green in colour due to the use of mint. Don’t end the meal without tasting their filter coffee.

Serving Idli’s since 1952, this South Indian breakfast place is flocked by daily office goers for their Green Masala Idlis and Open Butter Masala Dosas. Located in an old fashioned building, they also serve some new age variations like Green Masala Idli, these small idlis are fried up in a ghee and doused in a palak-based sauce. This place also serves stuffed idlis. It’s a real treat to savour some of these.

Starting at 7am, the idlis here are an all-time favourite. The idlis are a real showstopper at Vasudev Adigas Jayanagar. Served on a steal plate along with some sambhar and chutney is the idli hotspot of the city.

Beyond Dosa: These Leaf Idlis From Hyderabad Are Sold At Just INR 10; 3 Idlis To Try

World Idli Day: These Kanchipuram Idlis Have Been Alluring Devotees For Decades