These Hotspots Serve The Best Mughlai Breakfast In Kolkata

The credit of getting Mughlai / Awadhi flavours in the city goes to Wajid Ali Shah who made sure he builts a mini Lucknow here. Think Kolkata and one the of the cuisine that tops the list is the Mughlai fare from the city. From qormas, biryanis and kebabs that city has some of the best to offer. It was Wajid Ali Shah who brought the food and it’s traditions that he got from his Awadhi ancestors to Calcutta (now Kolkata) and due to his love for Lucknow he even created a mini-Lucknow in Matia Burj, that saw palaces, chikankari, a zoo, and of course the great palatial kitchen. He was known for his huge encouragement in kitchen experiments.

Today the city owes big time to him as most Mughlai culinary delicacies that we see in the city is due to him. And anyone visiting the city cannot miss to take a dig in some of these delights. Let’s have a look at some of the Mughlai breakfast joint in the city that one can explore

Think Nihari think Sufia, this early morning dish that is slow cooked for almost 8-10 hours to get that perfect colour, taste and texture. Laden with fat and served with some chopped ginger and coriander this one go best with some Khamiri. Popular amongst the locals, this one is a delight to indulge in. the preparation starts pretty in morning and the best part you can see many coming with empty containers to collect the Nihari. Other than Nihari the Mutton ishtew also tops the list. And after all the heavy weight breakfast here finish it with some tea that is served in old school cup and saver. The place opens at around 6 am every day. 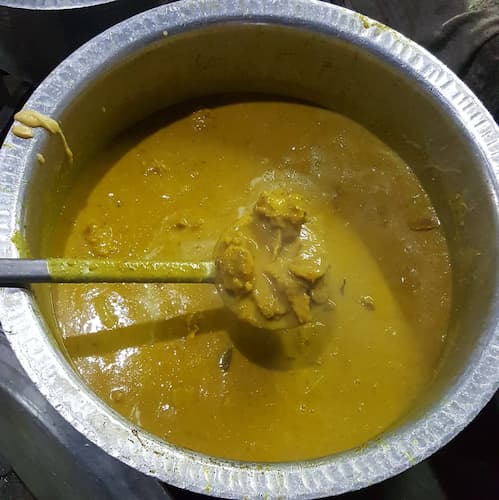 This iconic Mughlai place that always been known for it’s biriyani, visit here at around 6am to know the breakfast rush is real. This 50+ year-old restaurant at Mullickbazar serves breakfast almost at wee hours. If you are there in winters without second thought start with Paya (Mutton trotter broth) and Magaz (Brain). It’s pretty different form the one that you would taste in Delhi or Hyderabad. The paya sees a good amount fat which makes it an extra notch of taste.

Dal gohst is there another speciality that sees succulent mutton pieces that has been slow cooked in chana dal. Be sure to reach as early as possible as at time most dishes get over by 7:30 am

Tip -Shiraz Golden Restaurant has shifted to the opposite footpath 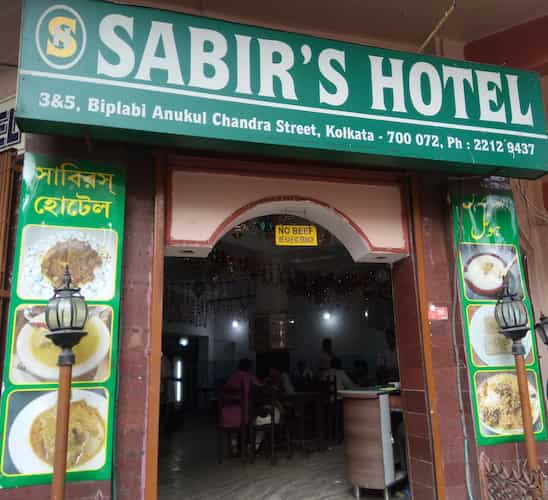 This place is known for its Rezela; a much famous Bengali recipe which has a Mughlai origin. Close to Tippu Sultan's Mosque, this 70+ year old restaurant is an iconic address on the city. Sabir is known for bringing in the concept of authentic Mughlai dishes to the city. Started by Sabir Ali who travelled from Lucknow to Kolkata and being an impeccable chef himself, this Sabir hotel came into being. Today a known breakfast hub one needs to there on time as the breakfast gets over by 9 am. You can imagine the popularity. Known for its fabulous Parantha, dal gosht, and rezela the gurda kaelji is also a killer. You can end your meal with their Pani Kum chai and some malai that is topped with granulated sugar. This surely will make your mornings happy.

It’s All About These Continental Fare From Kolkata

Ever Thought Of Dinning Inside A GPO? India’s First Post Office Café Opens In Kolkata